Photos of the International Solidarity Movement (ISM) London 'demolition' demonstration outside the (hastily vacated) offices of RAFAEL ARMS (ISRAEL) on a sunny spring day in April 2004. 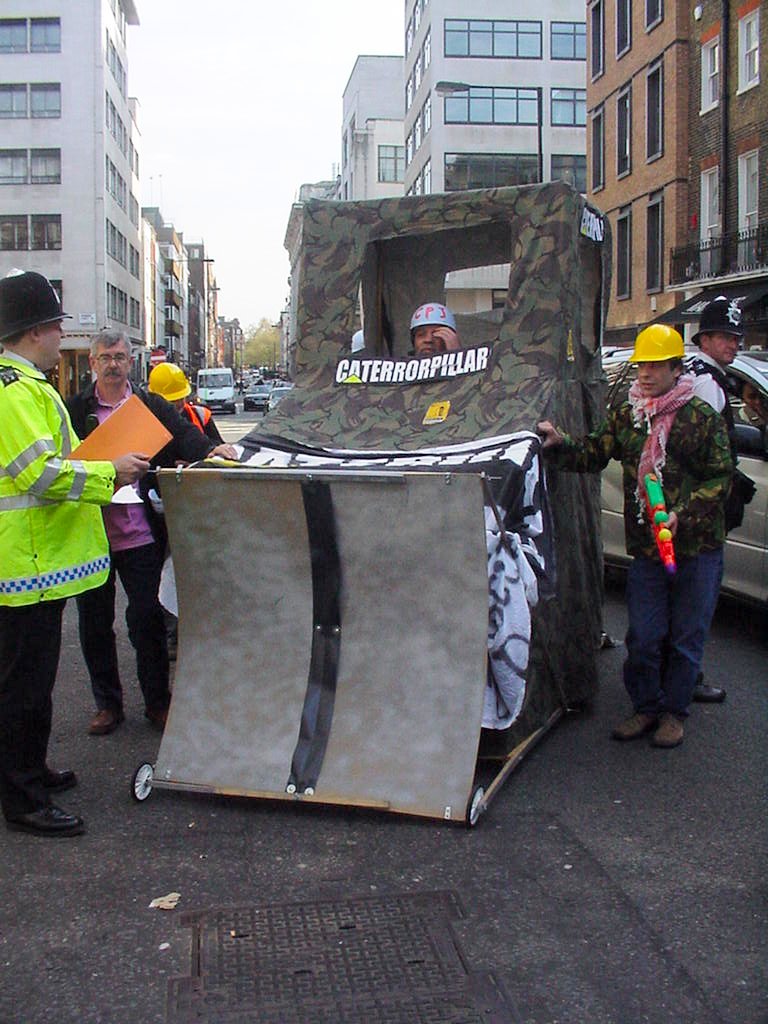 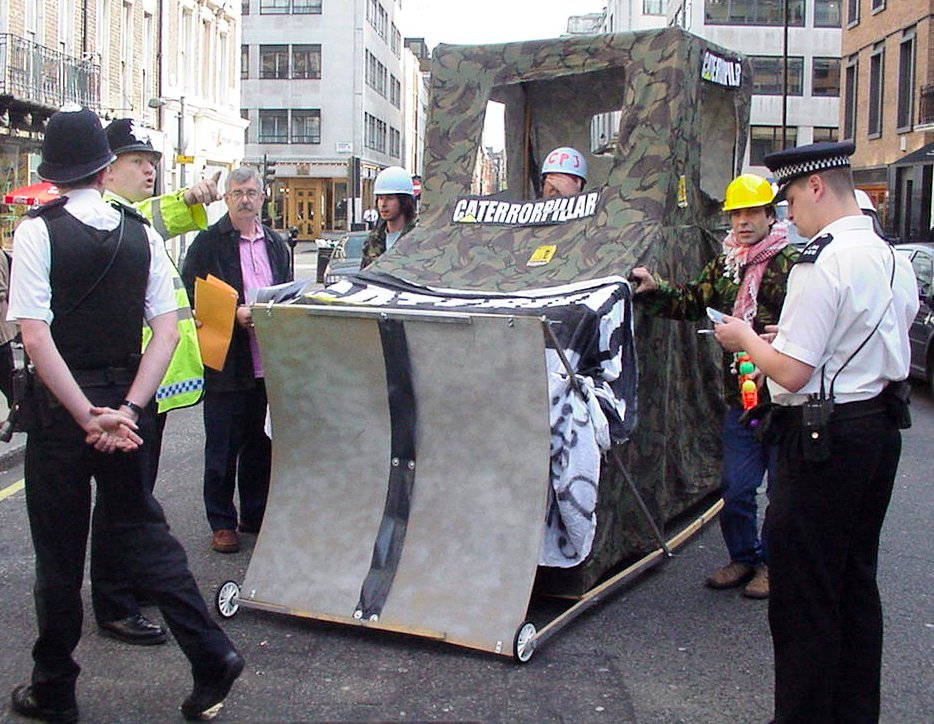 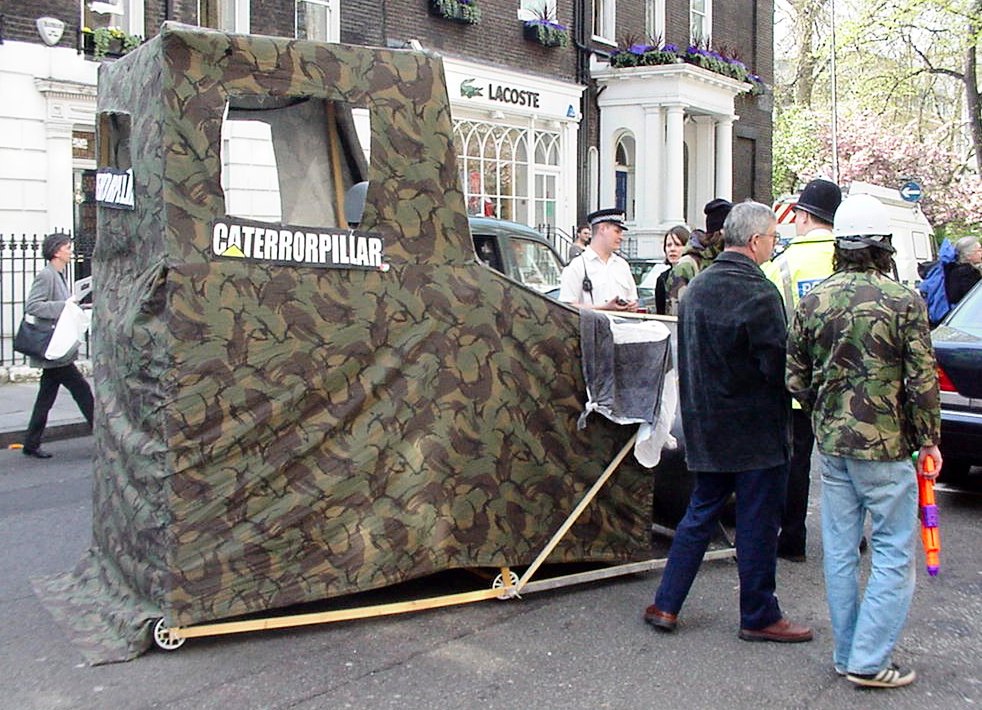 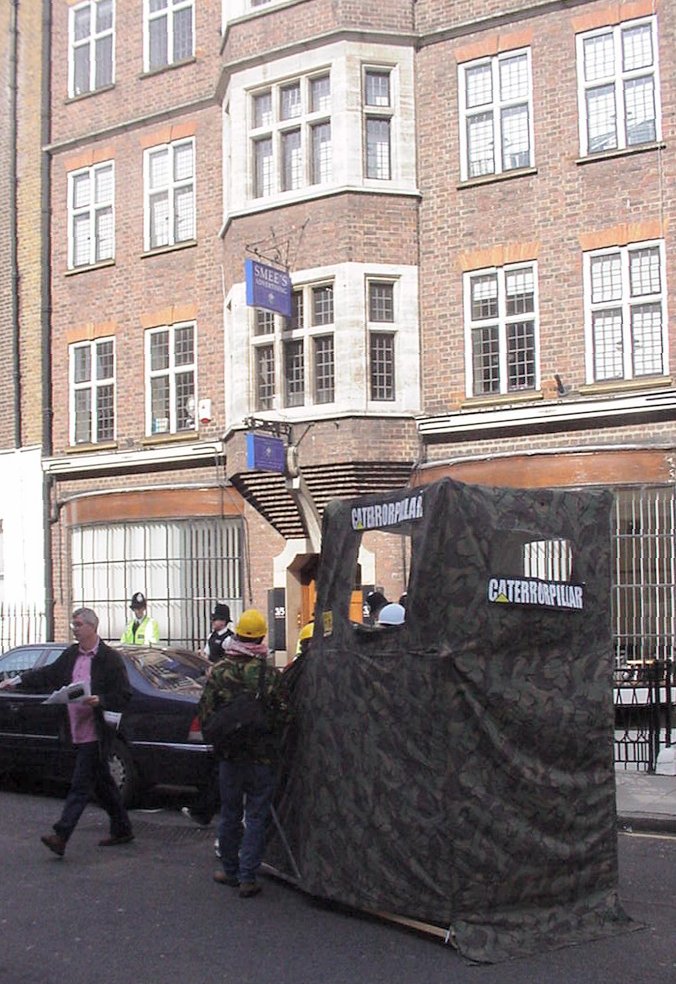 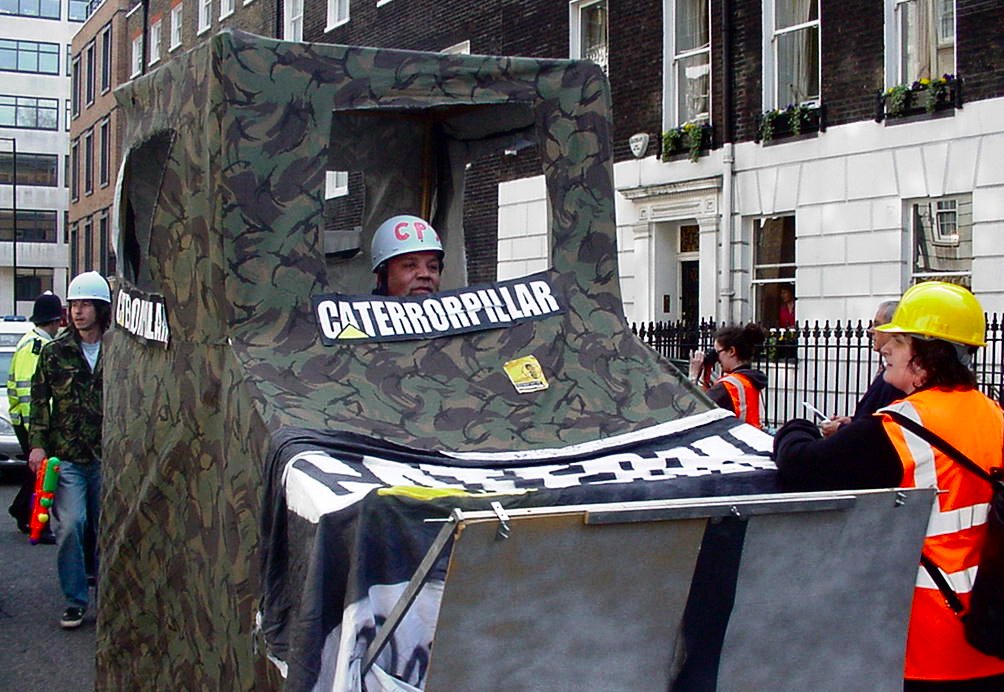 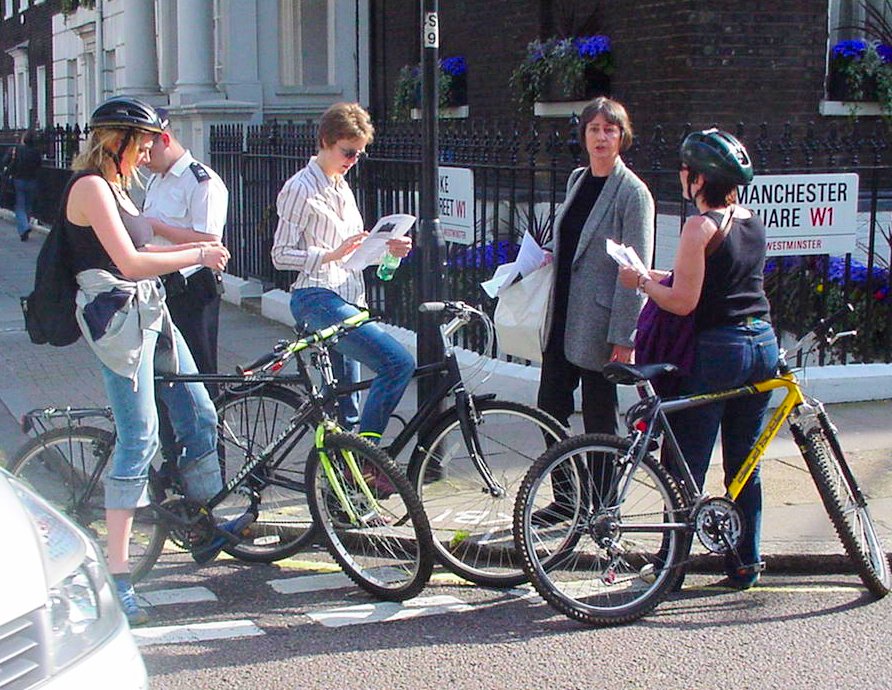 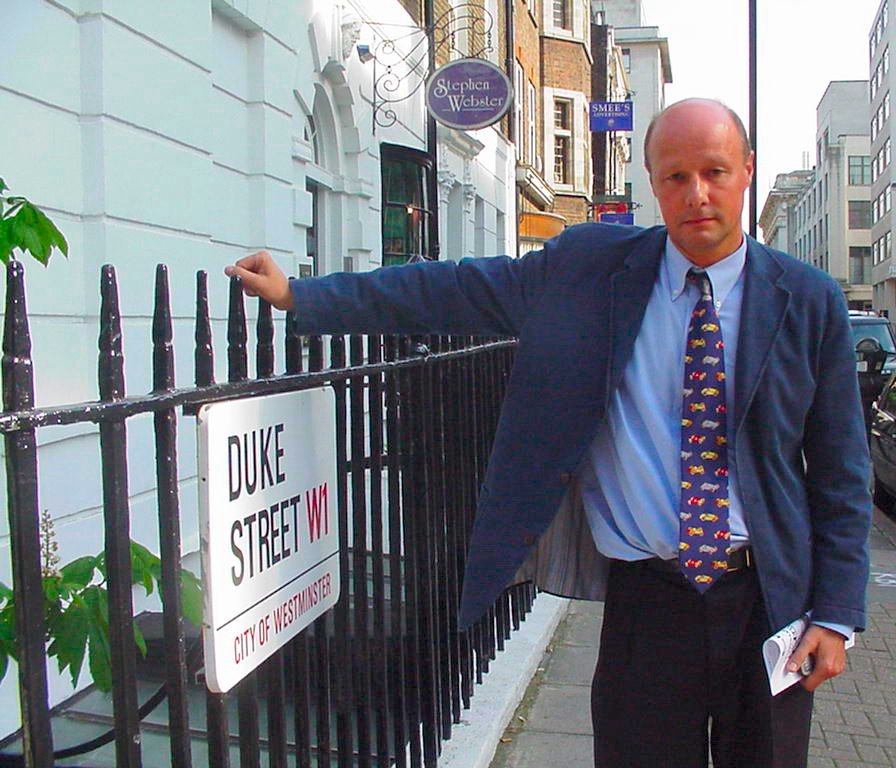 Anthony Smee, on the corner of Duke Street, in front of Smee's offices 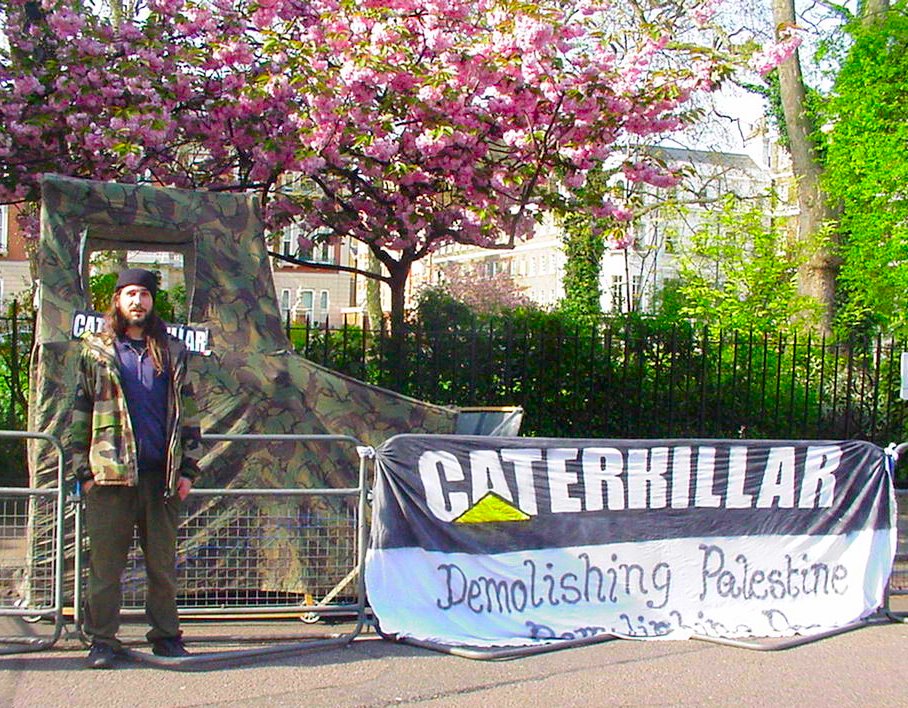 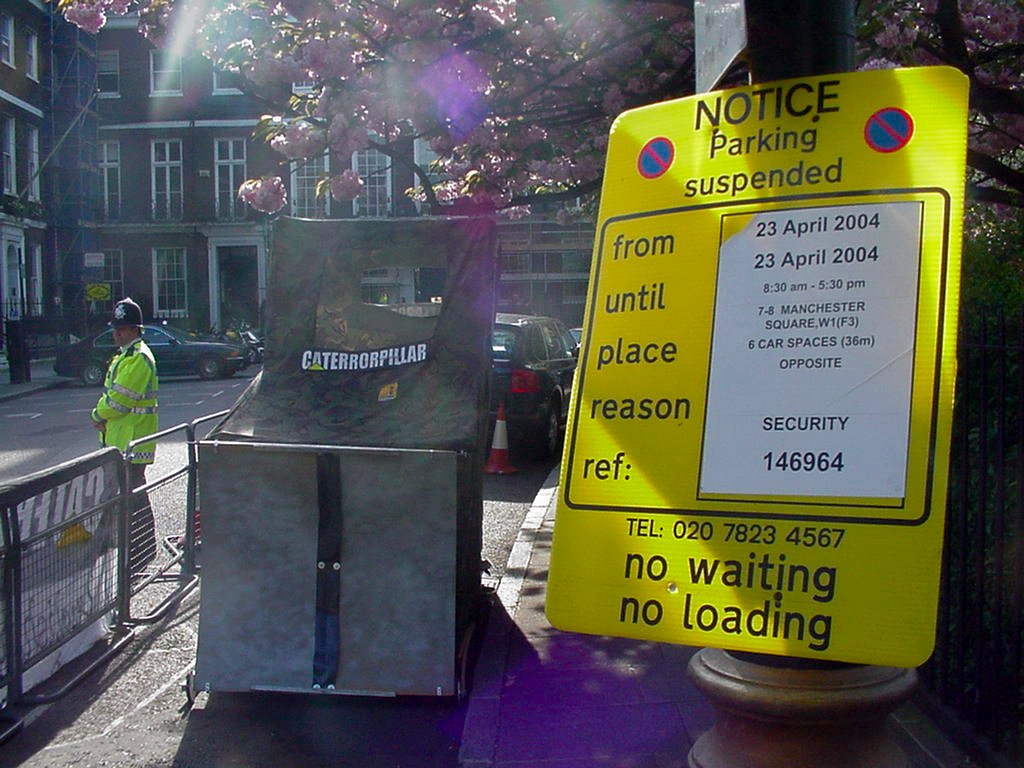 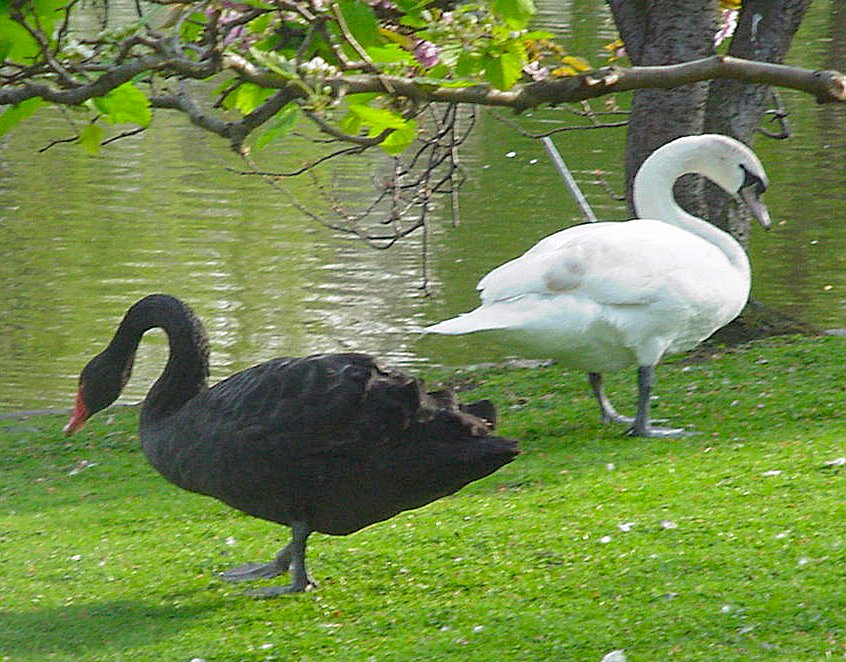 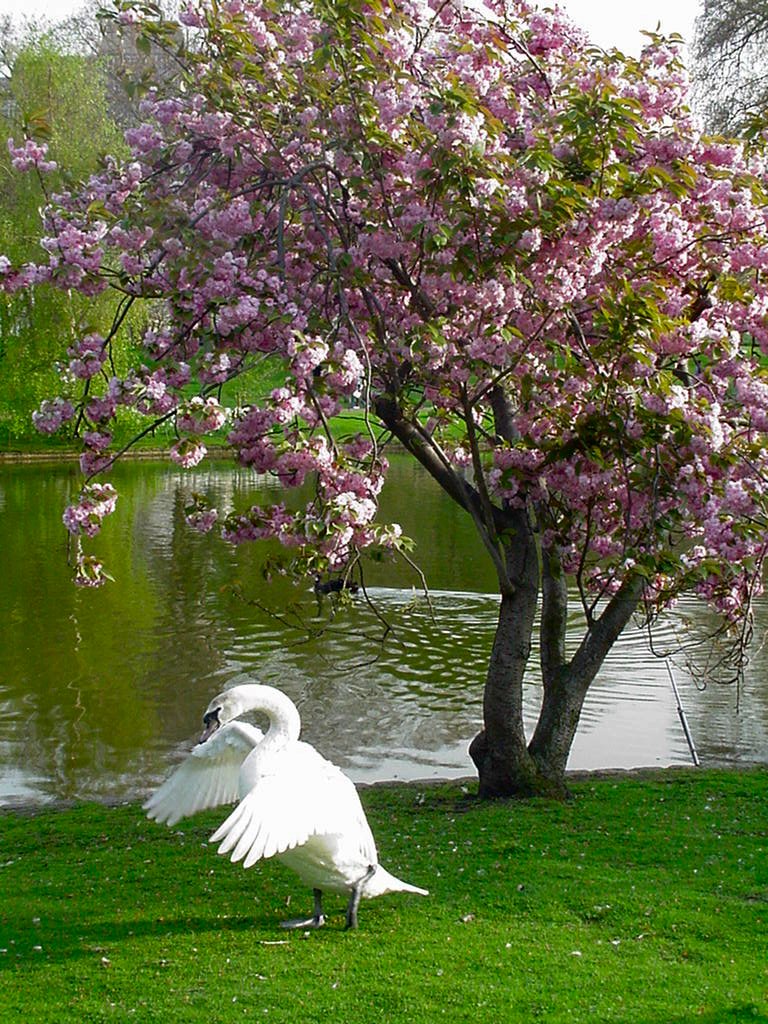 A demolition notice was fixed to the door of 3/5 Duke Street, W1 in the last 24 hours. The notice stated that the occupants RAFAEL ARMS (ISRAEL), a former "support unit" of the Israeli Occupation Forces had been deemed a threat to the security of Palestinian civilians.

So I grab my camera and cycle to Duke Street, through the gloriously varied and abundant richness of flora and fauna in St James Park, on a sunny spring afternoon (including both black and white swans).

The police have been busy - several parking bays on nearby Manchester Square have been requisitioned since 08:30 and surrounded with steel crowd control barriers to form a corral, in an attempt to fence in our demonstration. Another bay at the top of Duke Street is occupied by a police mobile CCTV transit van, from the roof of which protrudes a three metre mast topped off by a video camera.

Police Sergeant Bob Glyn is in change, and seems to take some satisfaction in telling me (since I seem to be the first to arrive) that today's demonstration is unnecessary - because RAFAEL ARMS (ISRAEL) are no longer at 3/5 Duke Street. Apparently the mere advance warning by 'demolition notice' was enough to prompt their landlord, Anthony Smee, to issue a notice to quit. Mr Smee (I find out later) is managing director of Smee's, an advertising and PR family business founded in 1949, whose offices are also at 3/5 Duke Street. Rafael only had one floor, and he had previously shown Sergeant Glyn that the offices were now empty, save for some items of office equipment.

Nevertheless, a short time later, a magnificent mock 'Caterrorpillar' bulldozer, surrounded by angry demonstrators, comes rolling up Duke Street and my lens begins to take in the scenes created outside the offices Rafael used to occupy. Leaving leafleters on the nearby street corners catching the attention of passers by, the demonstrators ignore the police corral and regroup on the north side of Manchester Square. We hear that Mr Smee will meet with a delegation, so three of us set off to talk with him. He confirms that he has issued Rafael with a notice to quit, that their offices are now abandoned, and that he expects they will have cleared out their floor completely within 2-3 weeks.

Now that's what I call a victory for imaginative demonstration tactics!

Before we retire to a nearby pub for a celebration, we are faced with the sticky problem of where to park the bulldozer. The solution? Why the police corral of course - secure parking in W1, and no danger of being wheel-clamped - result!