Having arrived at the protest, guided to the protest by the sound of a distant megaphone through what has become in my experience as my wettest day in London, I arrived at one of the smallest yet dramatic protests I have yet experienced.... and by the end I came away with the deepest wish that the work of these brave few could have chipped away even in the smallest way at the relentless force that confronts the hope of our future through such an admirable display of human spirit and perseverance. 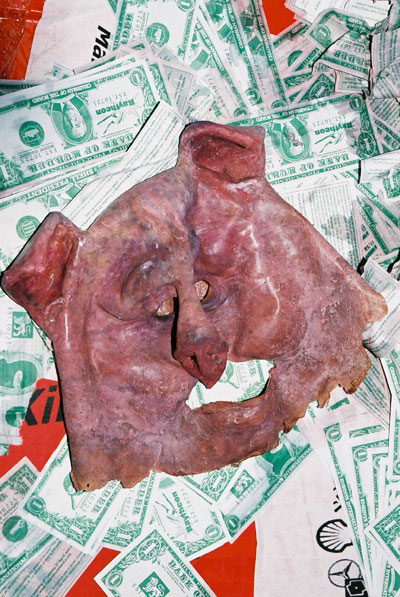 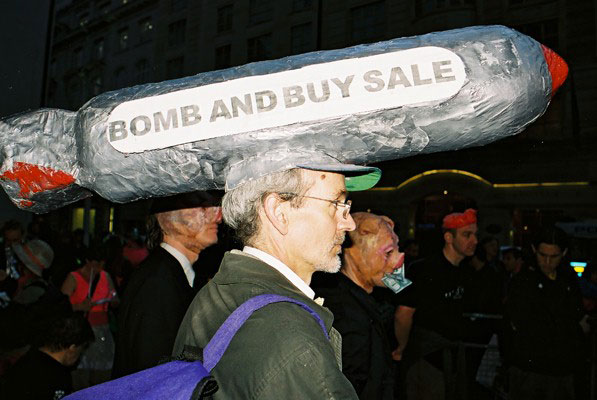 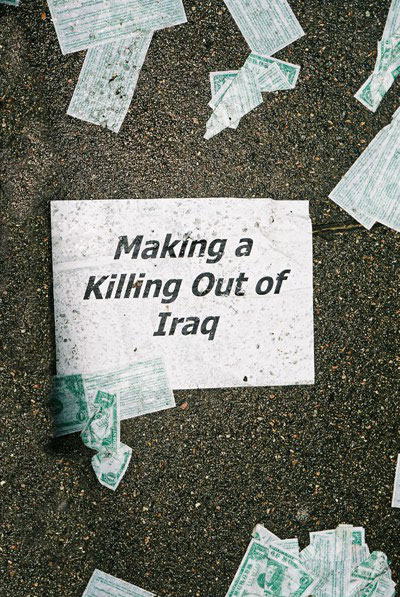 Making a killing out of Iraq 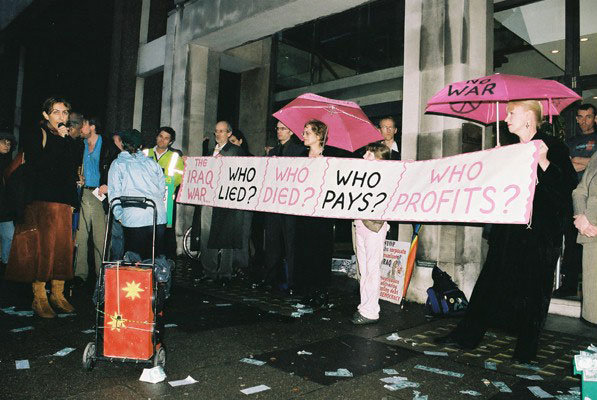 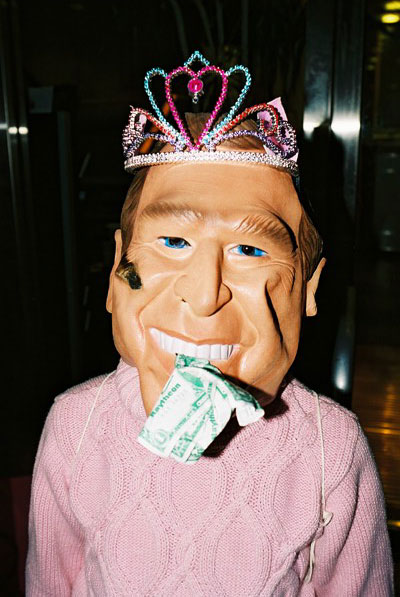 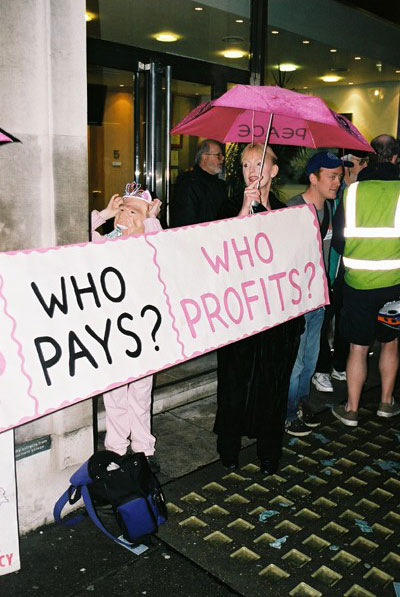 Who Pays Who Profits - Speaker 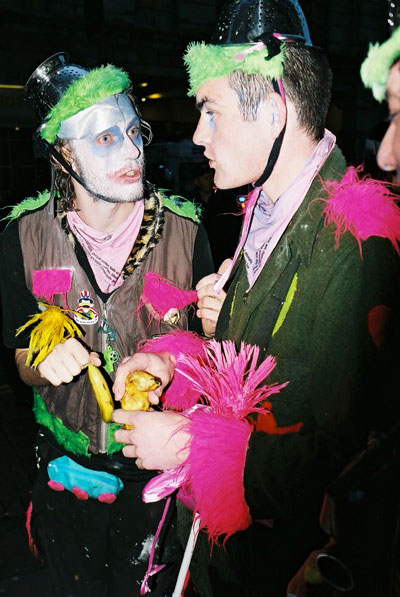 It seemed as if for those few hours between 6 and 9:00 and infront of the Connaught Rooms in London on the 27th April 2004, had been born to test not only the will of the protesters but the police that day, as the rain and lightening thundered down around them. I cannot express how moved I was by the bravery and persitence of those there that day. I managed initially to position myself opposite the protest literally underneath the Connaught Rooms armed with my cameras to watch through the unbelievable rain, thunder, and even hail the awesome conviction of those protesting at the Iraq Procurement meeting where the heads of the big oil multi-nationals to carve up the Iraqi peoples national inheritence while our species seem intent on slaughtering each other there day by day for something none of them will take beyond their graves.

Recording the events unfolding, witnessing the heroic and energetic protesters in the front ( you know who you are ), exposed to the elements, nearly brought me to tears. The Clandestine Insurgent Rebel Clown Army, with hilariously crippling pathos, also demonstrated the sublime in their holy antics and served as an integral relief from the idiocy of having to protest for the simplest requirements of our humanity. There were a few arrests that ensued, each one demonstrating the both humiliating yet honouring insight into the heroic sacrifice of the individual for a greater cause.

The latter half of the protest, combined with the Samba band put the thunder to shame, and the as the rain cleared, we were rewarded with food and impassioned and informative speeches from both British and Iraqi nationals touching on the reality of the people of Iraq, the women of Iraq, and the unspeakable injustice that we are currently having to witness on our fellow humans in the name of "liberation" and "democracy". My salutations to all of you for standing up for those who couldnt speak out.

Thank you so much, you are all remarkable.

The photo's that follow were a sample of what I managed to glean when I remembered to get my hand out of the position of the flash (lesson learned). With time on my side, some video will follow shortly.