Hundreds of people left the meet up point at around 6pm to take a tour around the main areas of central Dublin, around the castle, up and down O'Connell Street and some continuing to Mountjoy Prison where two uk people are still being held. 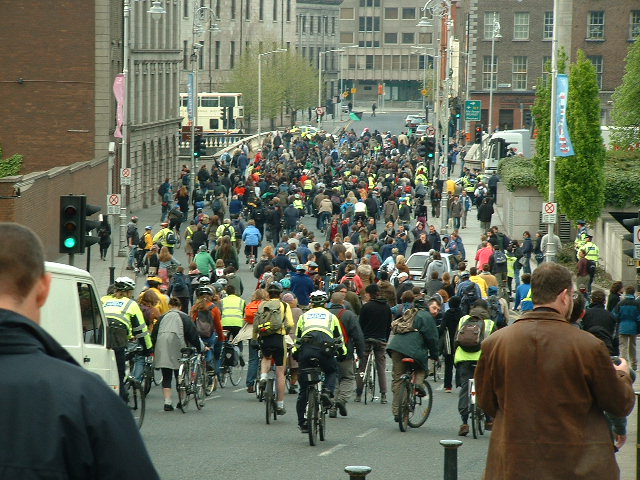 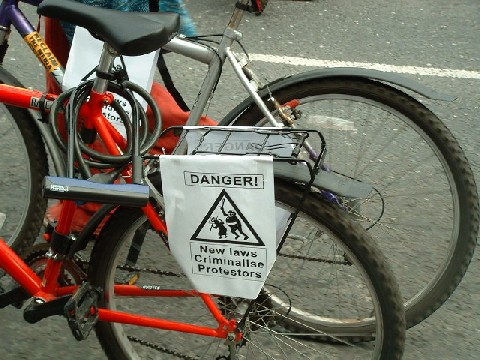 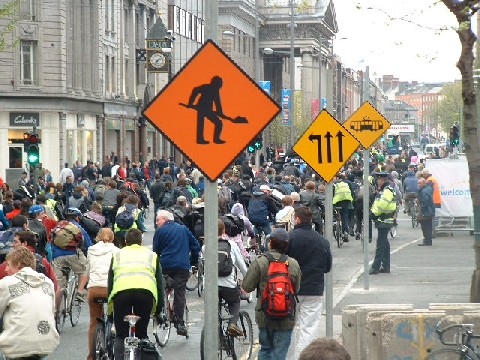 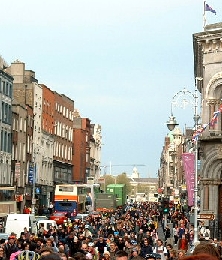 A noisy celebratory protest, the mass grew as it passed through the streets with more and more people joining it along the way - a big two fingers to the press madness which has been trying to frighten people off the streets.

Last report said a couple of hundred had continued up to Mountjoy Prison.

There was a good reception from many in the centre of Dublin, and of course the expected shouts of "Get a Job!".

Lots of chanting "Whose Streets - Our Streets" and a general atmosphere of fun. While there was a much increased police presence in the centre of town today, the policing of the Critical Mass was pretty chill, confined to just following the people as they snaked their way through the city with lots of people on foot as well, and loads of flyers handed out.

ps we just heard that reports from London critical mass speak of 1,500 people out on the streets and samba on wheels - nice one! :)