Mayday in Dublin started with a No Borders demonstration. Around 100 people demonstrated through town 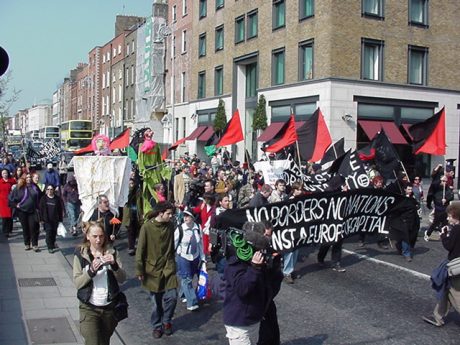 With an 11.00am start the No Borders demo started with about 70 people. By11-11.30 having left the city hall, the "No Borders" action (concerned with issues of immigration, asylum and the expansion of the EU) performed some stories about these issues on one of the Liffey bridges before marching off further into the city.

The demonstation continued to grow as day continued. More protests, including reclaiming the city followed... details to be posted.