Some picture of the Lancashire Reclaim Mayday 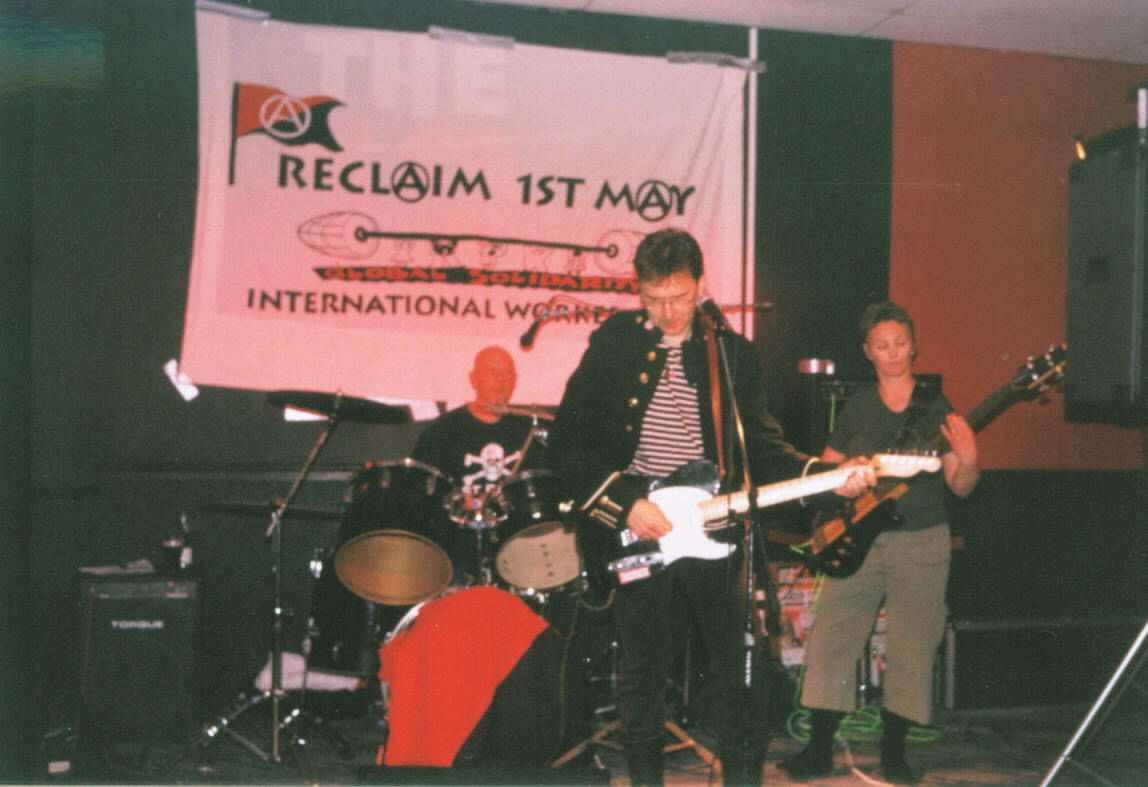 Bands kick it off in Preston 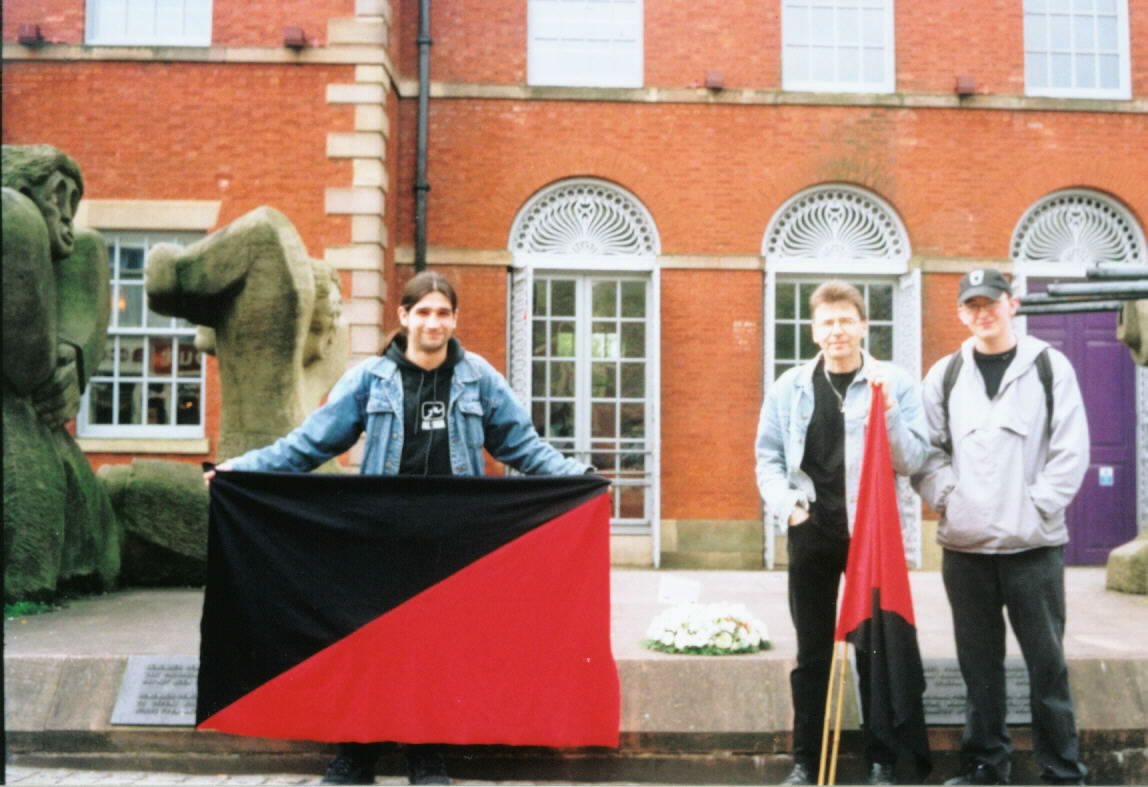 Laying a wreath in Preston at the 1842 memorial 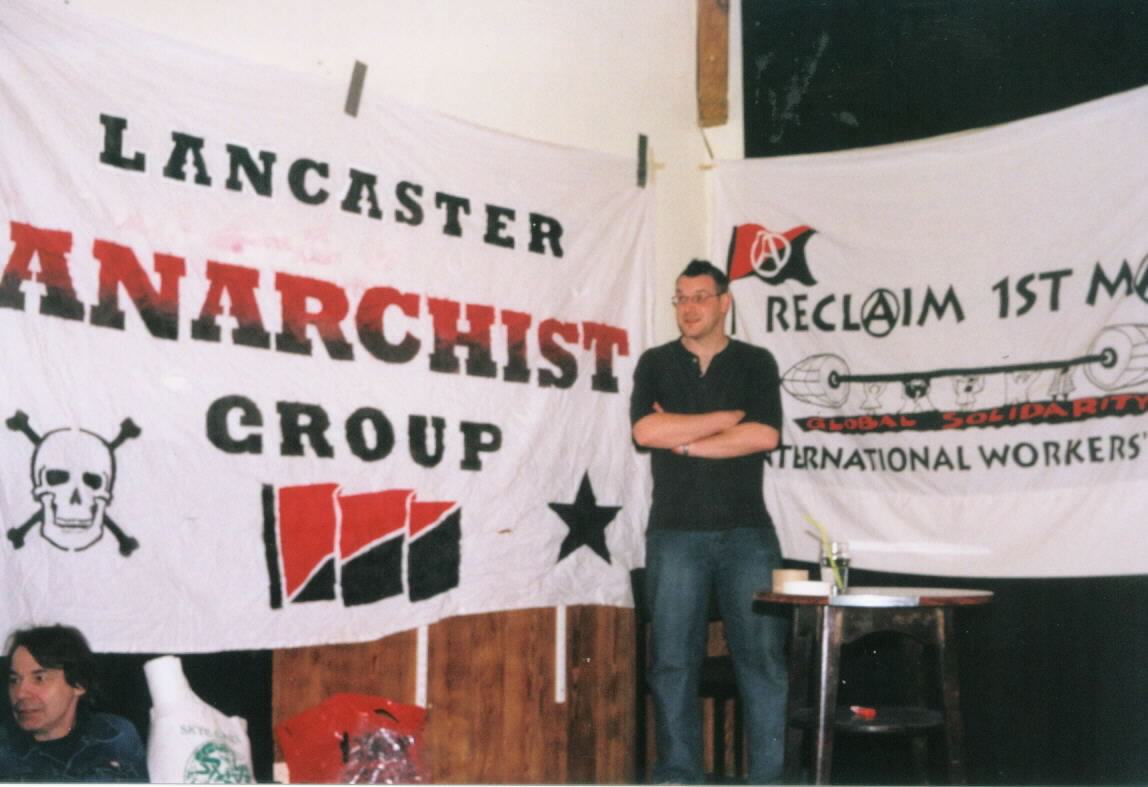 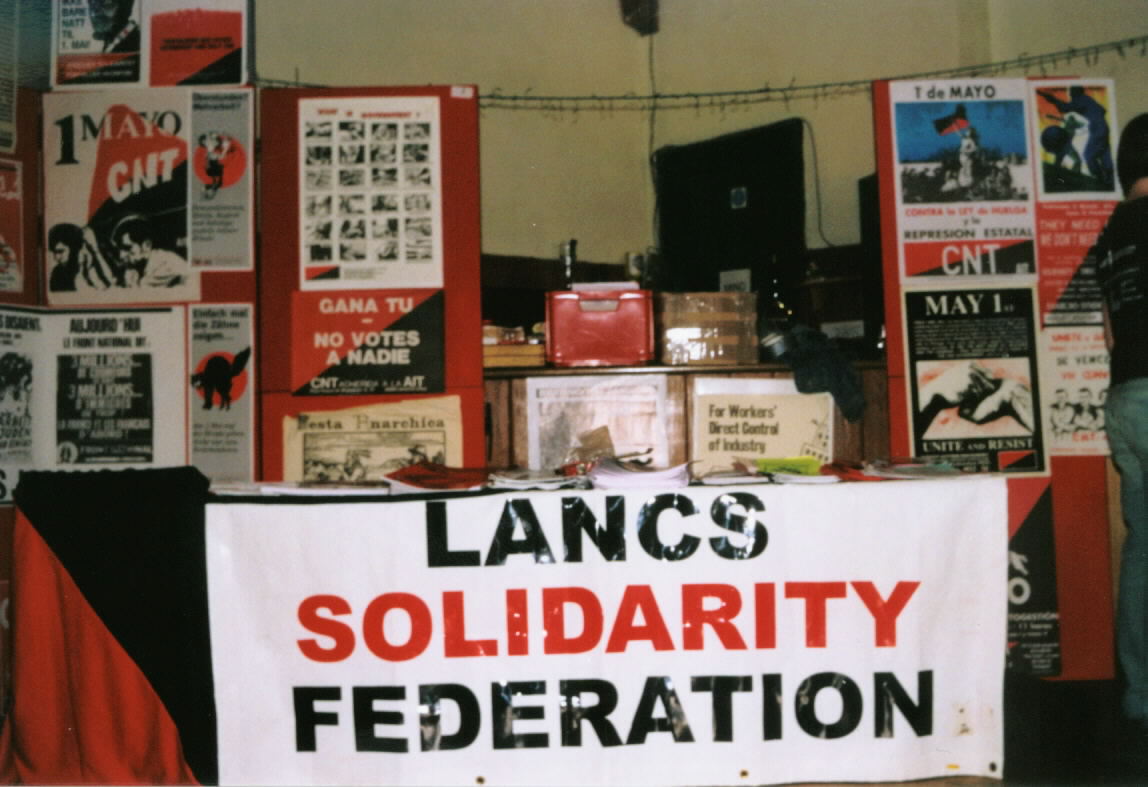 Mayday posters from around the world 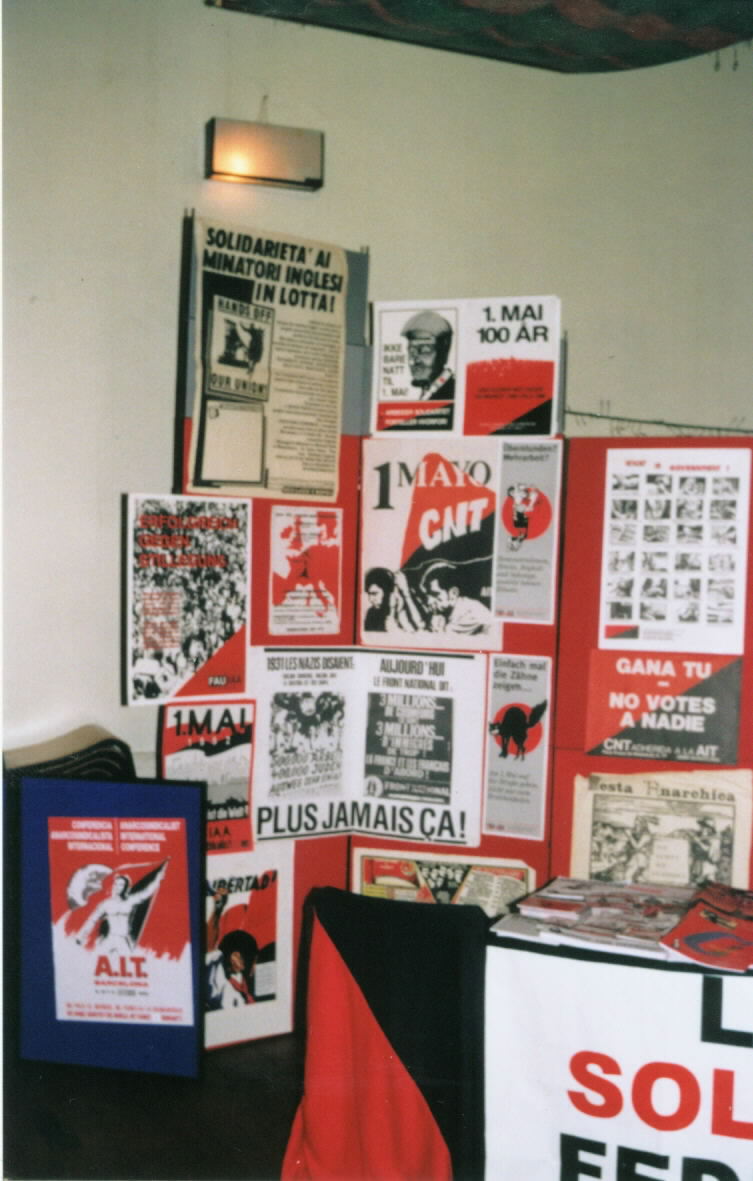 Besides being a day of recognising the continuing struggle between capitalism and the working class, Mayday has always been about having fun and sticking two fingers up at authority. This year in that spirit Lancashire Solidarity Federation and Lancaster Anarchist Group decided to reclaim it and put on the Lancashire Reclaim Mayday Roadshow.

The first event of the weekend kicked off on Friday night in Preston. Here two bands, The Sanity Clause and Confrontation along with Jessi from the band Eastfield played. There was a stall of freebies, Mayday Mayhem t-shirts an exhibition of IWA posters and a good atmosphere.

Next day being the May 1st various events took place. A wreath was laid in Preston at the memorial of the strikers of 1842 who were shot by the militia. This has been done for the past three years by Lancashire SolFed to mark the continuation of the struggle for freedom and justice. The usual Mayday stalls that used to be organised by the Radical Preston Alliance were nowhere to be seen, much to the annoyance of the local animal rights group who had turned up. The main reason for this is that the organising group had been usurped by RESPECT who managed to put everybody off by doubling the cost of a stall. The Solidarity Federation had not received an invite anyway, obviously not being submissive enough to their plans.

Meanwhile in Lancaster the annual Trades Council Mayday march took place. A fascist BNP member turned up demanding to take part and take photos. This put eh various left groups in a bit of disarray. The TUC officials didn’t know what to do, the SWP/ANL were too busy with their stall, the Greens wanted to debate with the guy and the Marxist Party members decide that everyone should ignore him. Only when the anarchist turned up was the situation resolved and the fascist kicked off.

At the end of the march the speeches began and there was a spontaneous exodus to the Roadshow picnic. Music and games were played in preparation for the evening festivities.

That evening at the Gregson Centre the performers from the night before plus a young band called Dead Generation played again. Videos were projected on the wall showing events like the miners strike, the poll tax riot and even Durruti’s funeral! There was even an exhibition of anarchist bellydancing with audience participation.

On Sunday stalls and exhibitions were put up in the Gregson again featuring the IWA posters for around the world. There were videos for all ages upstairs while kids were shown how to screen print their own Mayhem t-shirts, the adults relaxed and some nice food was provided.

Finally it was on to Burnley where The Sanity Clause and Jessi were joined by Burn All Flags for a final Mayday Mayhem gig. This went down well with those who attended who seemed to appreciate an alternative to the BNP and the pious ranting of the SWP/ANL, no wait Socialist Alliance, oh, sorry RESPECT cadre.

All in all everything the weekend went better than we could have hoped. Everyone involved pitched in and worked to make the whole thing a success. We are already talking about next year and how we can make it bigger and better. If there is one message we would like to convey though it is to encourage others to try something in your own locality next Mayday. You may be pleasantly surprised at the result.