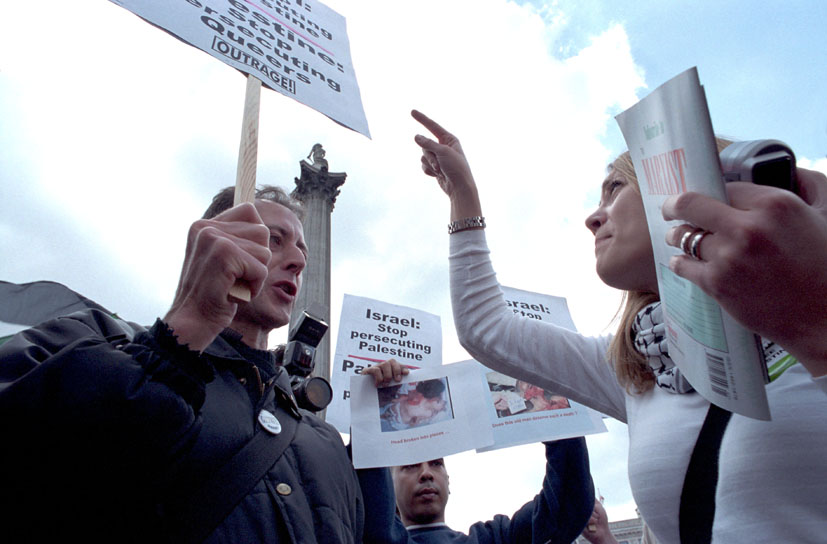 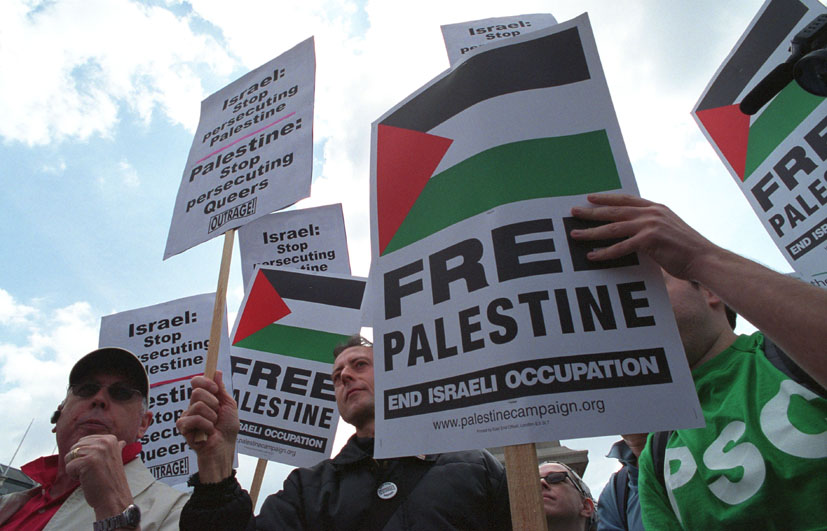 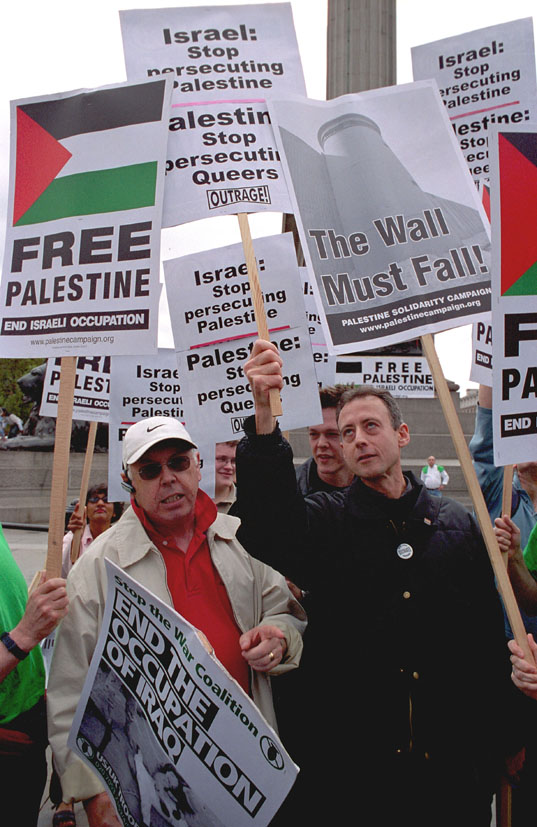 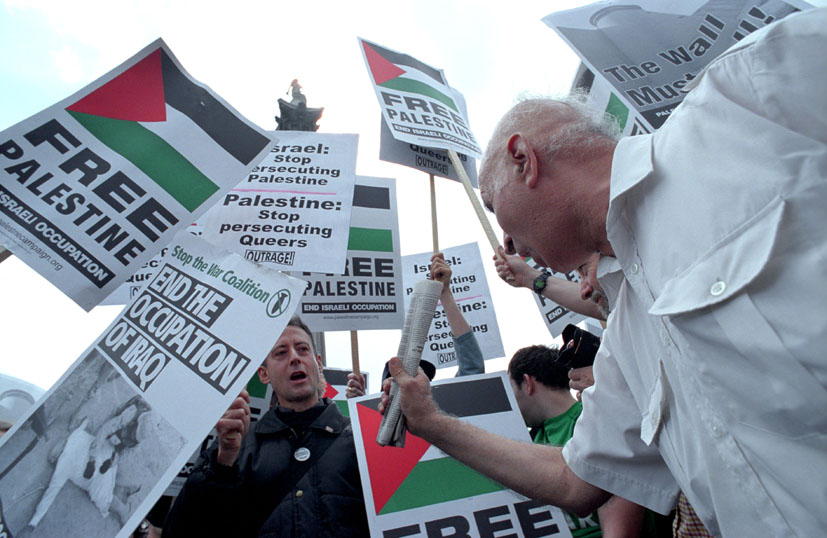 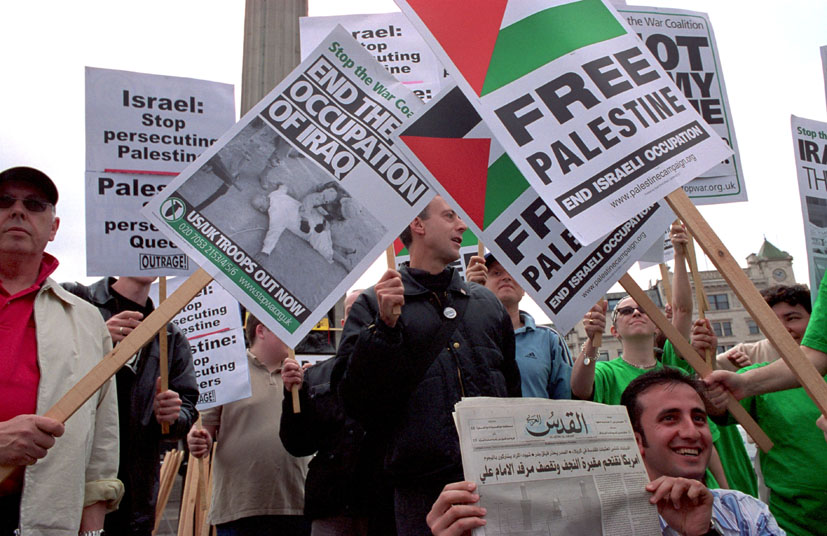 A number of demonstrators and stewards heckle and harass Peter Tatchell and other protesters from the gay rights group "Outrage" at the Palestine Solidarity demonstration in Trafalgar Square on Saturday 15th May.
Peter and his comrades attempted to protest against the brutal occupation of Palestine by Israel while at the same time drawing attention to the presecution of gays in the occupied territories by the Palestinan Authority and their security forces.
While attempting to do this they were unfortunately harassed and heckled by some stewards and protesters.
Peter Tatchell has been a lifelong fighter for Palestinian liberation and many other progressive causes. Apparantely his vision of a democratic Palestine where all are free and equal didn't seem to be shared by all at that protest, as they were trying to shield their placards from the public and media. Personally it was a bit strange to be threatened by long standing and respected activists who tried to stop me taking these pix. As if I didn't already get enough grief from cops and fascists in my line of work. The last thing I need was what I thought was my own side trying to stop me doing my job! I bet these idiots will be rather embarssed by their actions on that day!