With only 2 weeks notice, activists and friends gathered to take part in STWC's emergency Stop the Torture demonstration. A typical mid sized march, it ended with the inevitable rally in Trafalgar Sq. 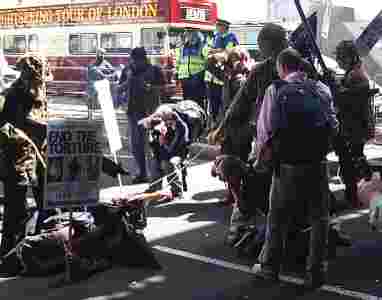 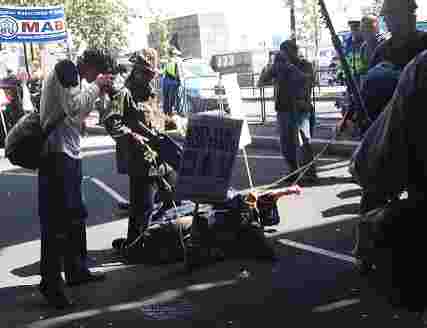 Got plenty of press attention 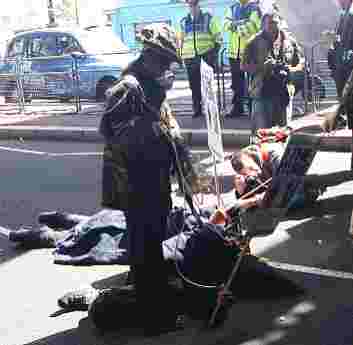 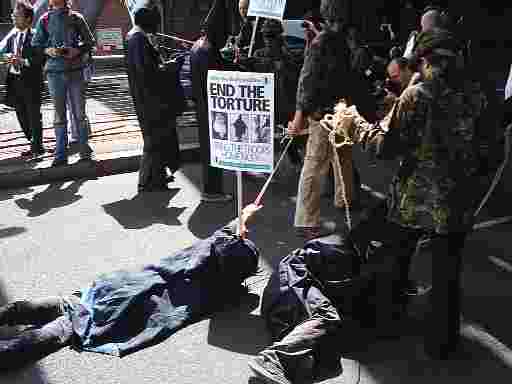 The "tugging" on the ropes which the "troops" did was almost painful to watch. 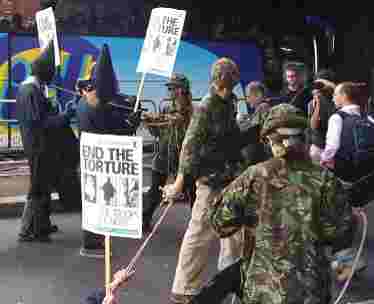 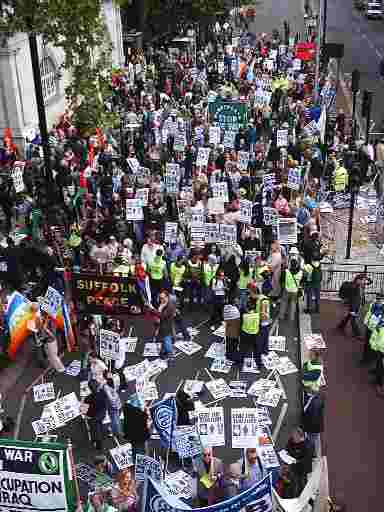 A that wasn't quite everbody 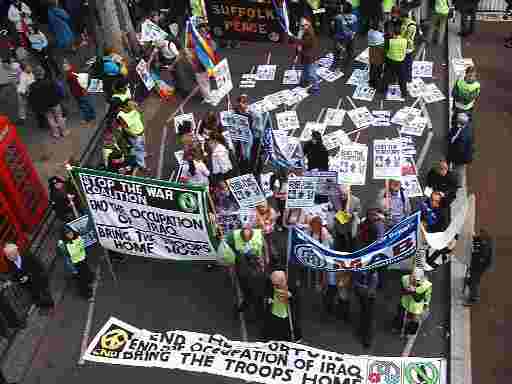 VIP section (like a train, first class is in the front carriage!) 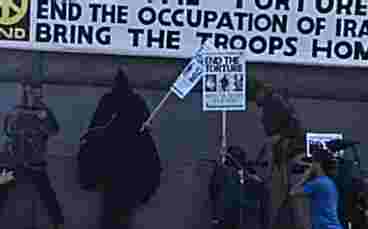 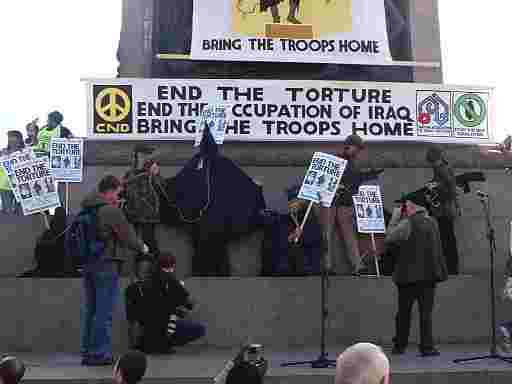 The march's banner displayed proudly behind the drama. 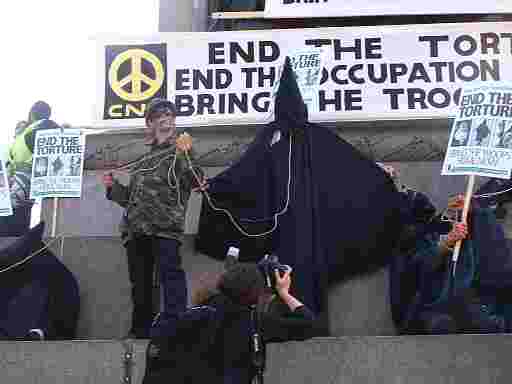 Freak on a leash?! 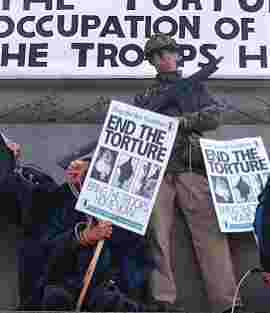 Nice placard, pity about the clothes! 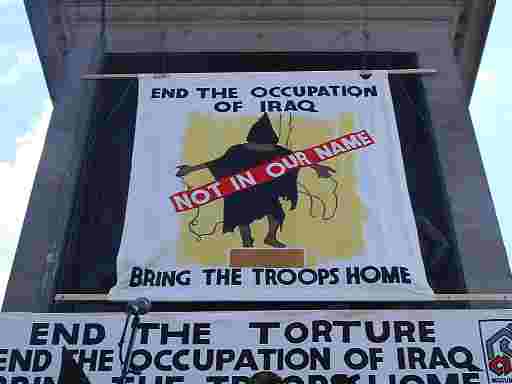 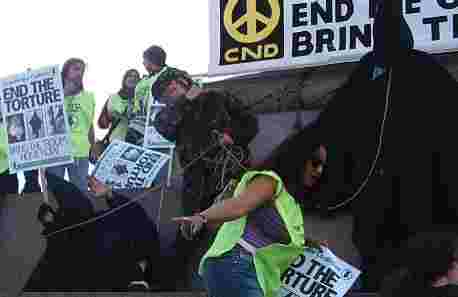 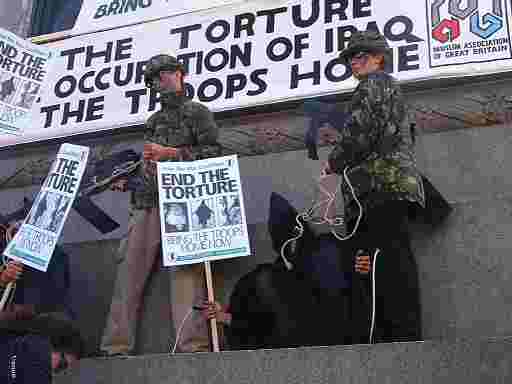 With choas ensuing on the tubes, I didn't arrive at the demo site until half 12, 30 minutes after the scheduled start. On a arrival I was greeted by sights of large crowds, especially noticable from the Jubilee Bridge. Protesters arrived up until the last minute due to Circle and District closure. As the demonstration lined up, a group called Theatre of War acted out scenes which are by now familiar to so many of us. With wooden models of guns and ropes around their "victims" necks, those members of the cast dressed as soldiers looked far more menacing than the police present. Overall the crowd control was laid back.

The demonstration left at 12pm, heading south along the river bank, feeling somewhat non-descript but not feeling particularly small. On arrival into Trafalga Sq it became obvious that a lot of people had turned out, and by the time the speeches got under way, it appeared that a crowd of around 2.5-3k had assembled. This made for a nice sense of proximity between the protesters and speakers; it was also obvious just how many people present were regulars. This seems to be explained, not by lack of general interest, but because not everyone found out about the demonstration before hand. Even some of those you'd expect to be on the grapevine, so to speak, seemed to have only found out during the morning.

All in all, a great experience given the situation. In less than 2 weeks, a demonstration of this size would be impossible but for the email lists and general networking of so many people (and the PSC Anti-Wall demo a week earlier). The absense of any sound accompaniement was a loss; perhaps "Rythms" were otherwise engaged?

Speakers at the rally included the inevitable Galloway, German, Tony Benn and Jeremy Corbyn. Alongside them was Bruce Kent, who spoke marvellously about Bush's so-called-Christian faith, a Muslim speaker whose name I didn't recognise who accepted on his community's behalf Bruce's declaration of independance from the so called Christian Right, and acknowledged that Bush and supporters are not true followers of the faith. Ken Livingston got up and gave something of an anti-BNP speech, basically saying he didn't care who people voted for, as long as they voted against the BNP. Betty ( ? ) of Palestine Solidarity Campaign plugged the action by Downing St, for which my report can be found separately.

If this is what was possible when we had only two weeks notice, imagine what 4 week build up would have done? The next STWC sanctioned actions will take place during the period from 26th-30th of June. On 26th June, Leeds will play host to a northern demonstration, and other groups are planning their own response to the so called hand over of power.