Around 700 cyclists attended London's monthly Critical Mass to pay their respects to Vicki McCreery who was crushed to death by a bus earlier this month while riding across a new cycle lane on one of London's busiest bridges. 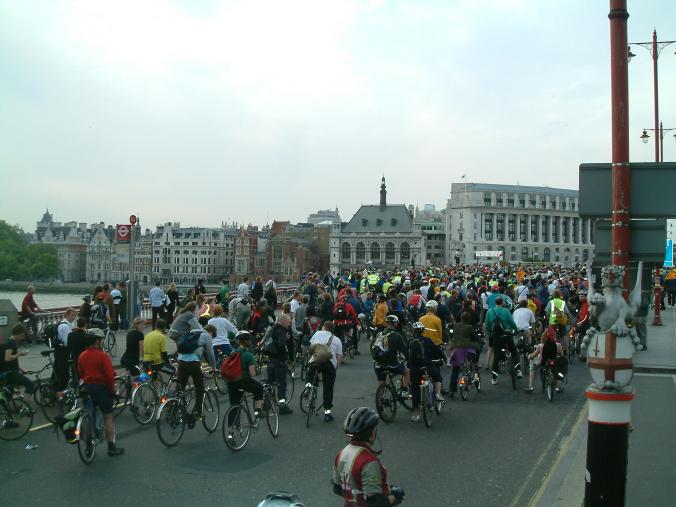 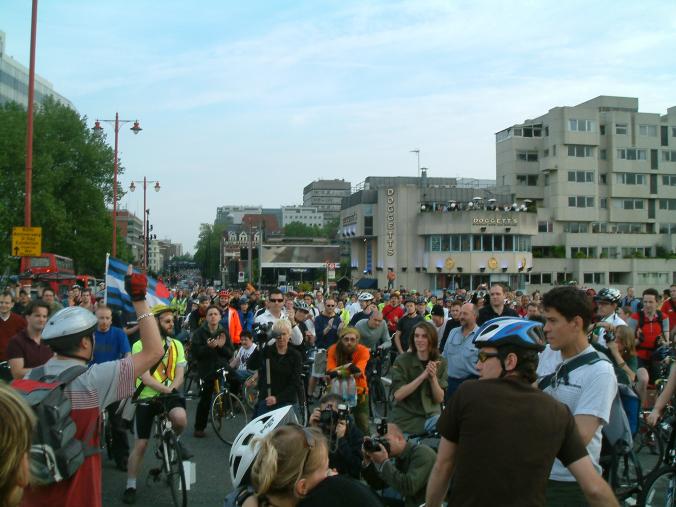 A friend of Vicki speaks out about her tragic death 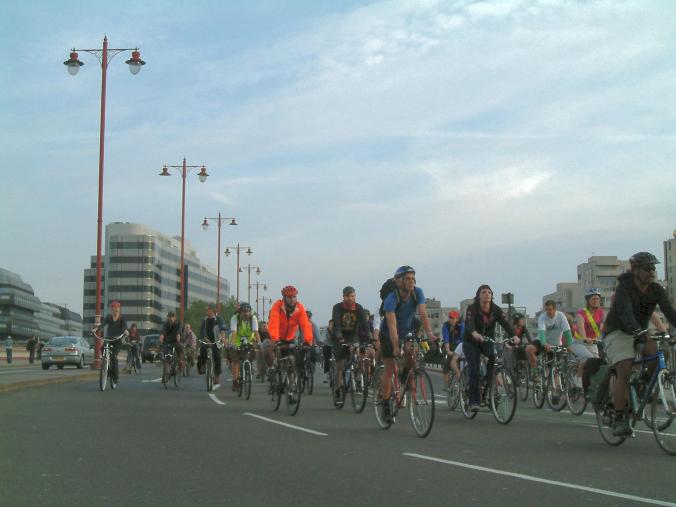 People cycle off the bridge into the City of London 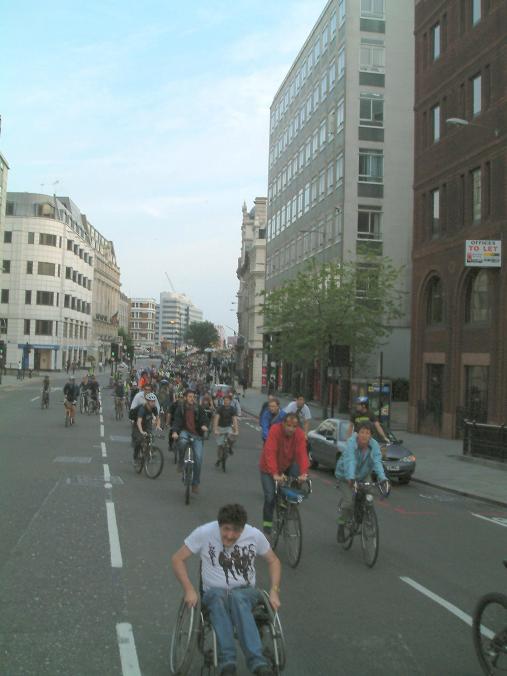 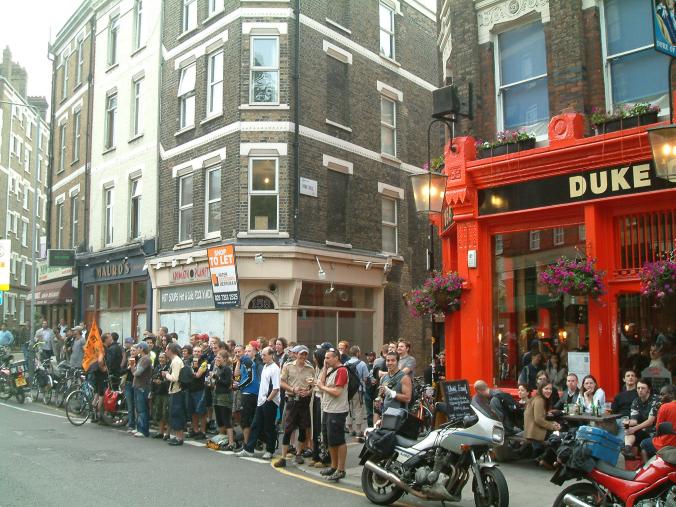 The ride received lots of support from people outside pubs

Around 700 cyclists attended London's monthly Critical Mass to pay their respects to Vicki McCreery who was crushed to death by a bus earlier this month while riding across a new cycle lane on one of London's busiest bridges.

Vicki came to London from Australia five years ago, worked as a physiotherapist and taught the subject. She married Sandy in April 2003. She lived on the north edge of the City and travelled by bike. She was killed at 5.35pm, Monday 10 May 2004.

How much longer? How many more?

Another cyclist was killed on the same spot in February 2003 yet the transport authorities still refused to listen to local cycling groups. Their attempts to cater for the surge in cycling following congestion charging have been token gestures of their incompetence and ideological commitment to keeping more motor vehicles moving. The story has been taken up by the corporate media which has had difficulty getting the facts straight as they are so used to dealing with motorist issues, due to the massive revenue from car adverts.

The Mass, which was made up of a very diverse range of people, then rode along the Strand to Trafalgar Square, Buckingham Palace and Parliament Square.