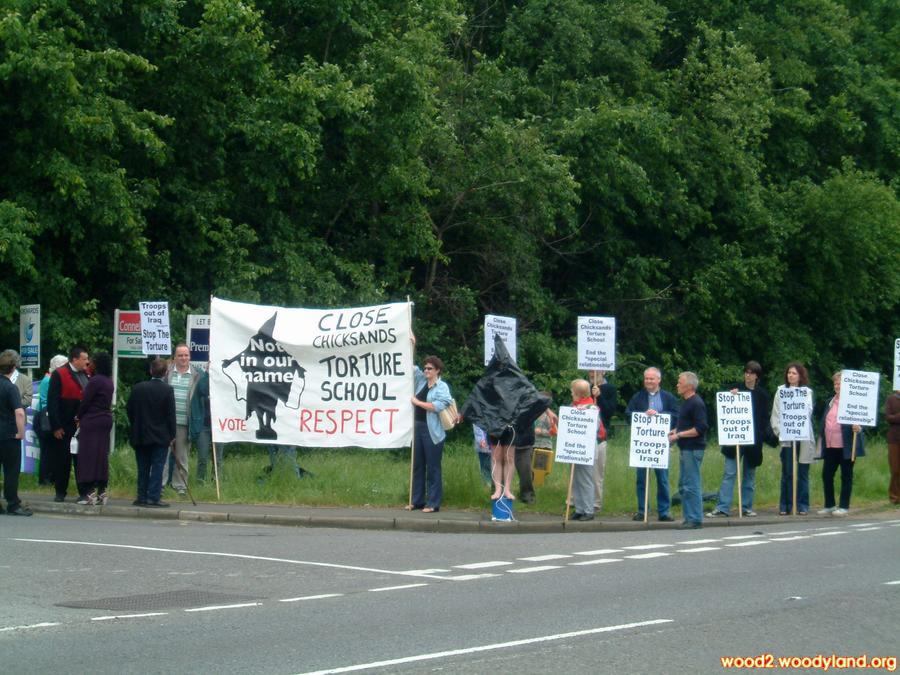 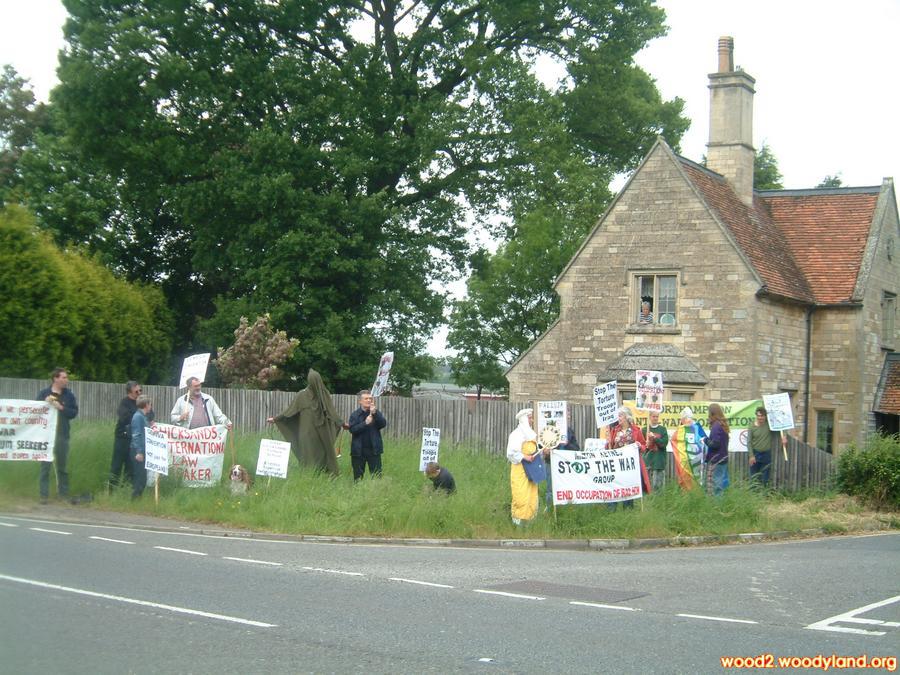 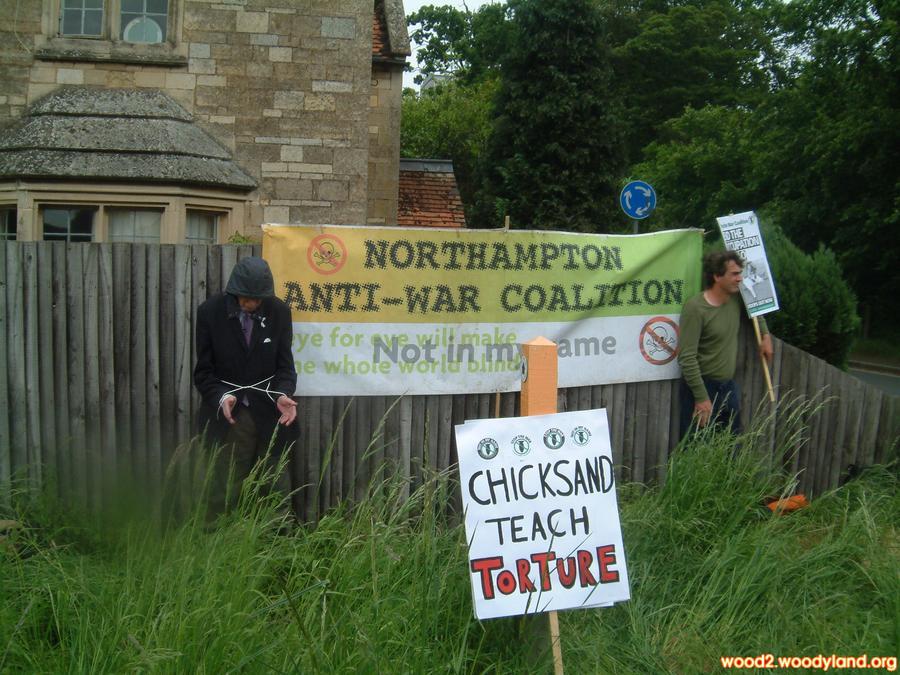 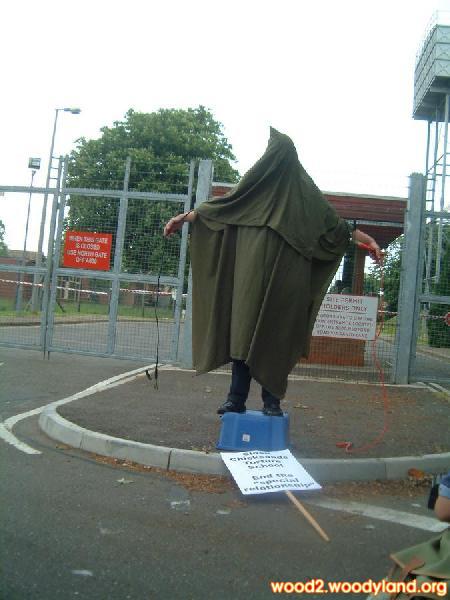 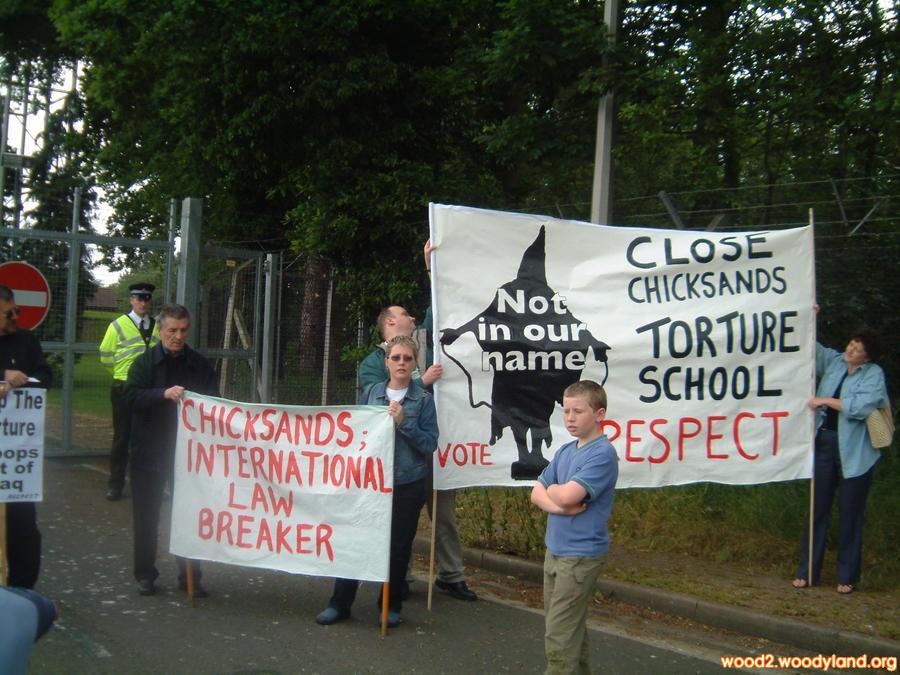 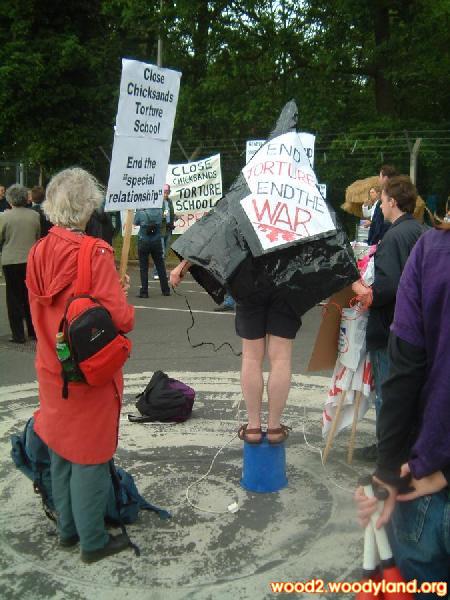 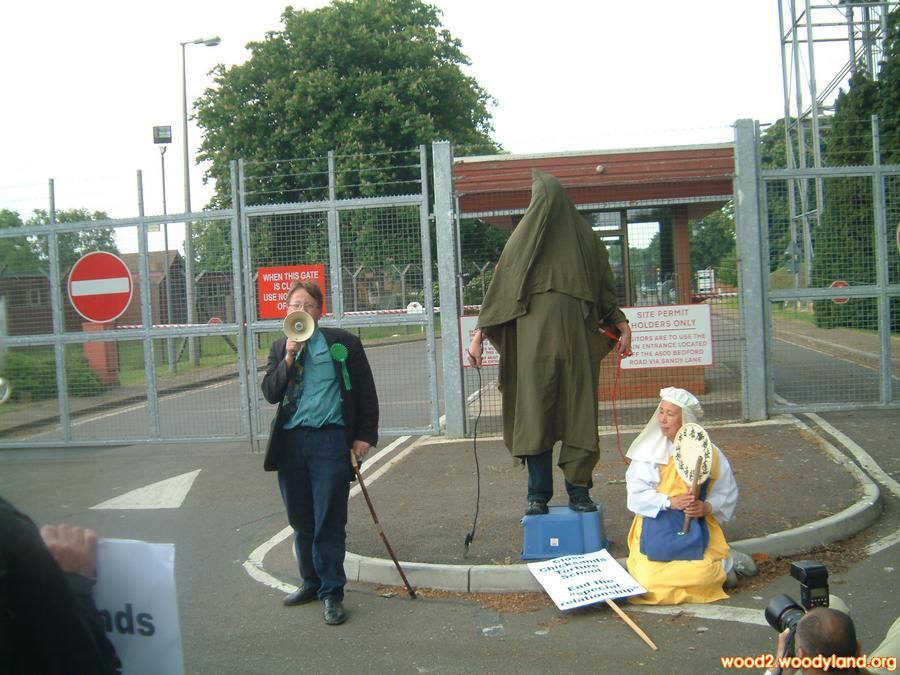 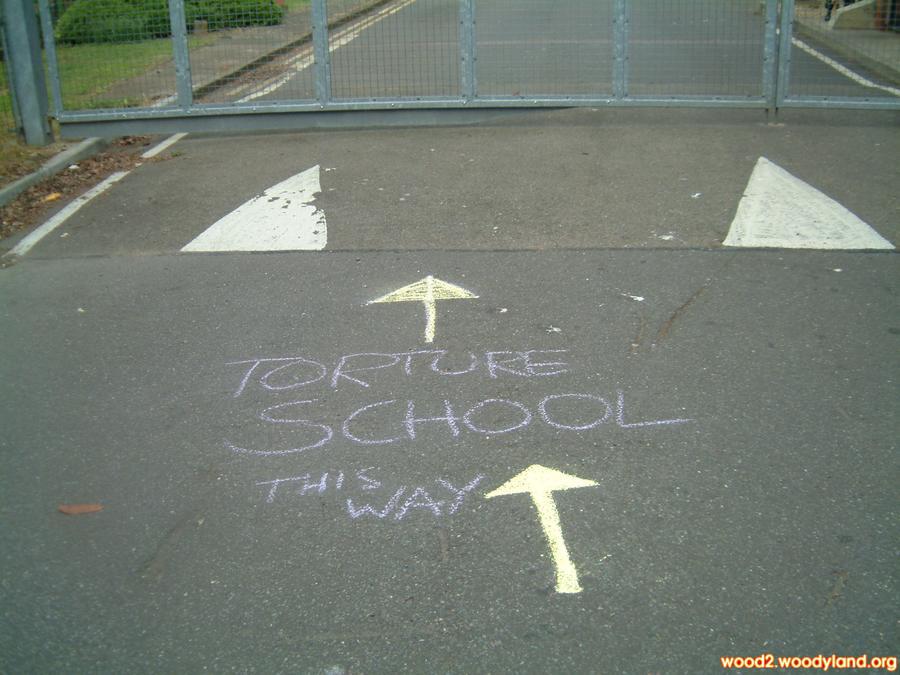 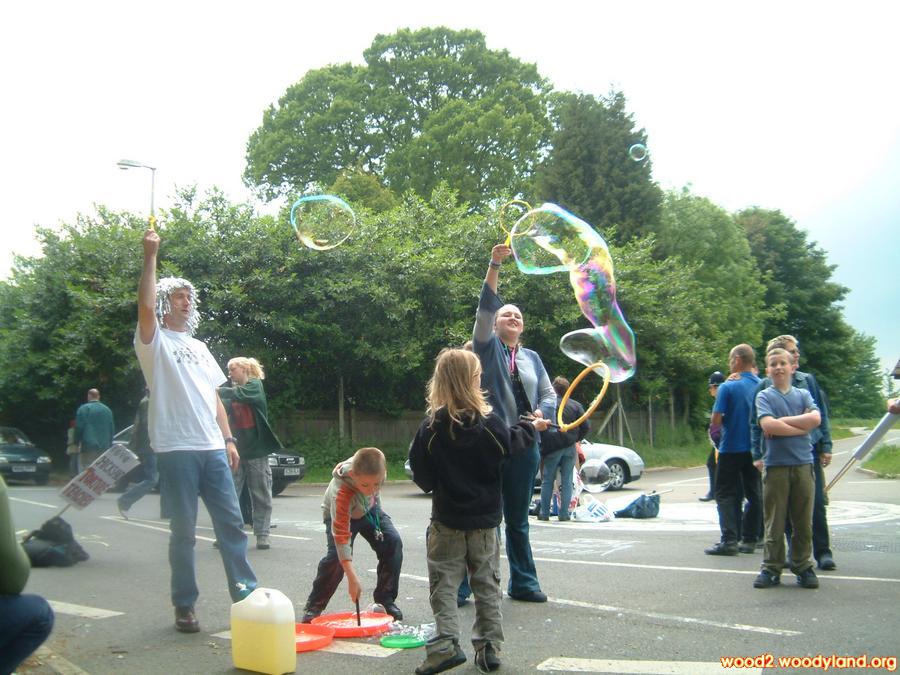 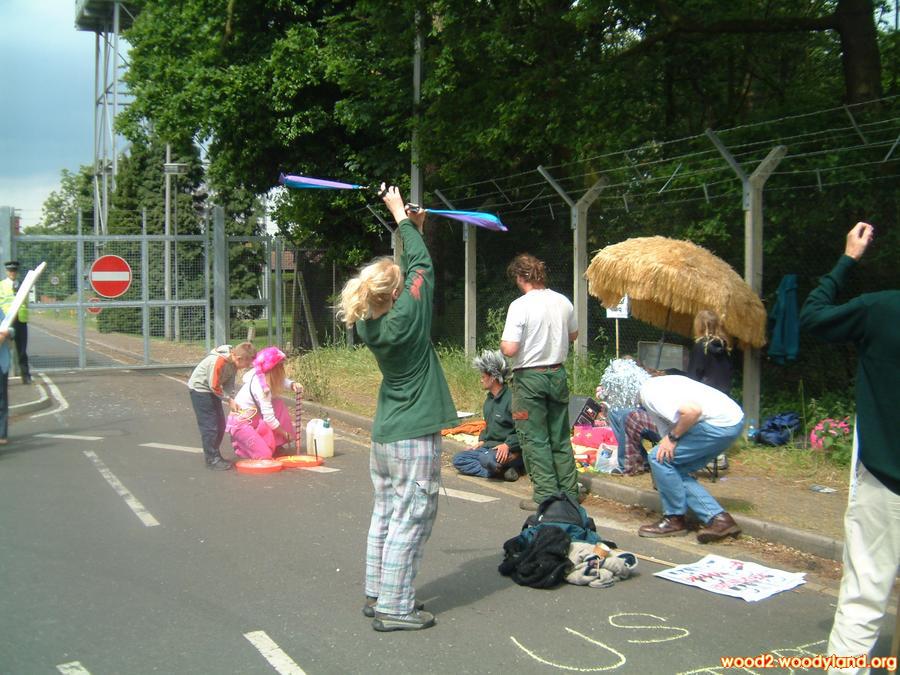 On Saturday 29th May approximately 50 demonstators from Bedford, Northampton, Daventree, Luton and Milton Keynes joined outside Chicksands military base, the centre where 'interrogation' techniques have been being taught to UK forces. Read interrogation as 'torture'. Since the Guardian drew our attention to this the government has of course tried to spin it, claiming that soldiers are being taught how to resist interrogation techniques. How many british soldiers are currently being kept in Iraq? Erm, none. How many were caught during the entire war? Same number I believe.

For a small demonstration there was a lot happening. Banners called for Chicksands closure, and drew attention to the hypocrisy of Bush and Blair, who claimed they had humanitarian reasons for going to war and then ignored the fact that Iraqis were being tortured in the same prisons Saddam himself had used. Other protestors recreated shocking images of torture. There were a number of speakers, including a Christian and a Muslim who were appalled by the atrocities being carried out in the name of their religions; they drew our attention to passages in the Bible and Koran that condemn murder and call for peace.

There were also jugglers, banging tunes, bubbles, pictures on the pavement and skull and cross bones confetti (some of which ended up inside the base). One of my favourite moments was watching a policeman try to duck a huge bubble without betraying his cool exterior! Another good moment was a group of Soldiers watching us juggling from just inside the gates.

For information on further events email

More photos can be seen here: