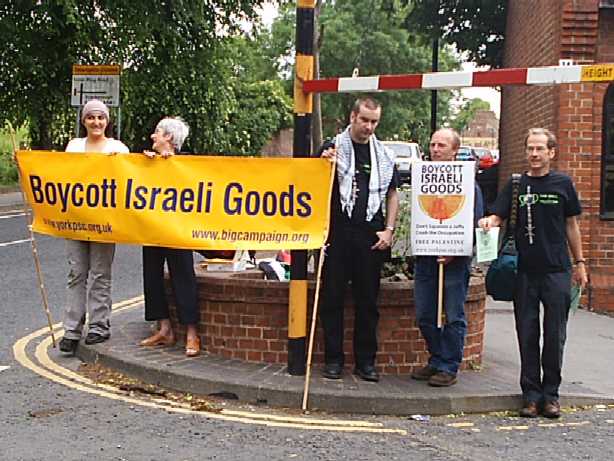 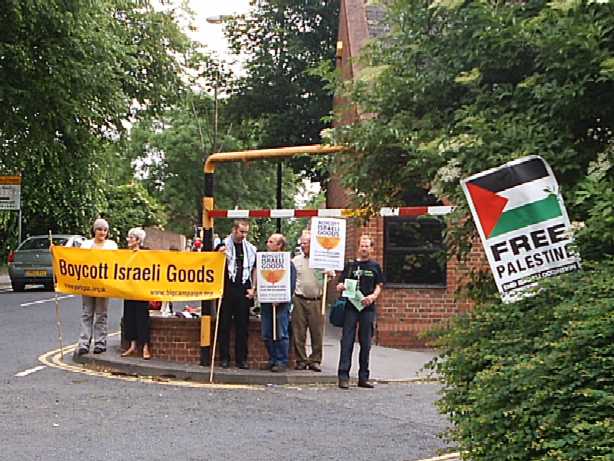 Even trees can hold placards (We made sure the tree wasn't damaged!)

The action started at 11am and lasted around 1 1/2 hours. With their banner, flag and placards and a thick wadge of their most up to date flier, the group passed leaflets through car windows to passing motorists, who mostly seemed either surpportive or none-plussed by the action. Specific targets are fruit and veg; the store was currently selling Organic Potatoes from the region. At other times, the store has been caught selling Oranges, Grapefruit and Avocados from Israel amongst other products.

This was the third action against this particular store, the first being directed at the manager, the second at both manager and shopper, and this one focusing more directly at the customer themselves. It proved how a handful of people can effectively educate shoppers on such an issue. It is hoped that other groups will take up the cause, refered to as BIG (Boycott Israeli Goods) in the near future, and parallels to the Anti-Apartheid Campaign are already being drawn.