G8 starts in the US: police and military in front of IMC

police and military in front of Indymedia Centre 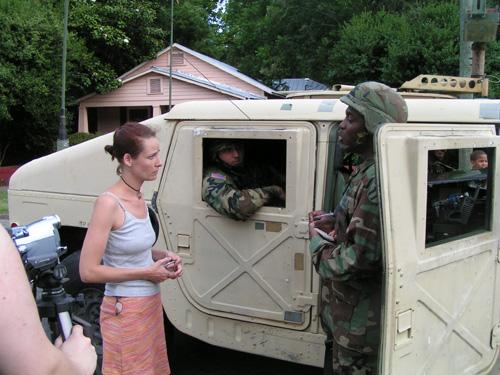 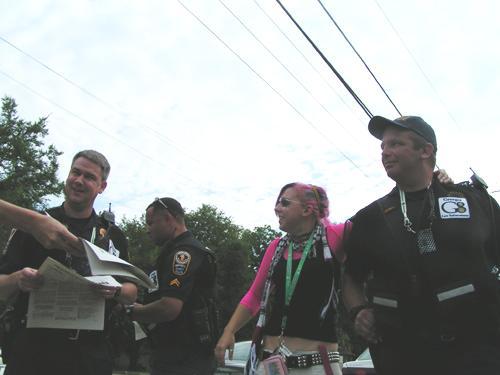 This morning a humvee with 3 military personnel parked across from the St. John's Missionary Baptist Church (photos), which happens to be the church of the Reverend Zack Lyde, signer of the Fair World Fair permit applications, and plaintiff in the ACLU lawsuit brought against the unconstitutional anti-protest laws passed shortly before the Summit (these laws were proposed to the local officials by the G-8 Legal Subcommittee, a subcommittee of the US Department of Justice).
After about a half hour, one of the other soldiers started going door to door in the residential neighborhood where the Church is located. One of the residents said that he was asked if he had any problem with the people at the church across the street. (This is also the location of the G-8 IMC space)

The humvee then pulled around the corner, still within sight of the people standing outside the IMC space. The soldier standing up through the roof of the vehicle then pointed and aimed the mounted machine gun at us for at least 10 minutes. While we were getting a camera to take a photo of them aiming the machine gun at us, they drove further down the street.