G8 Resistance Report - The Past, Present, and Future...

G8 Resistance: Past, Present, and Future... 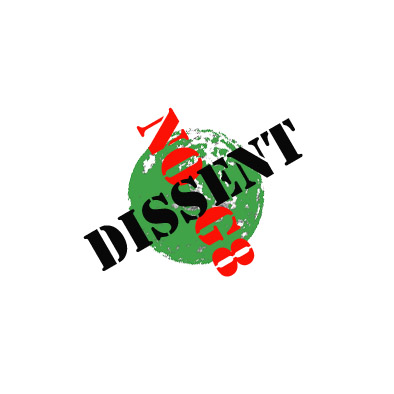 With the 2004 G8 meeting underway in Sea Island (Jun 8-10), a private luxury resort, 80 miles south of Savannah in the United States, so to are the counter mobilisations. Amidst an already tense atmosphere of repression a State of Emergency was recently declared. While a few permits were recently issued for G-8 demonstrations, they could be revoked under the state of emergency. In addition, the state of emergency could allow for: Martial rule to be declared, Curfews to be imposed, Military units to "guard" the streets, Detention and arrest of demonstrators until the "emergency" is over, Escalation of use of force with limited accountability.

Saturday 26th June will see the beginning of the preliminary hearings for the 29 Italian policemen and officers who face charges related to the brutal night time raid on the Diaz school in Genoa, Itlay during the Anti-G8 demonstrations there in 2001, where scores of people were beaten, many left unconscious and hospitalised, before later being tortured in Bolzaneto detention centre.

The members of the various police forces have been charged with brutality, defamation and perjury. Other police officers are facing various charges relating to the simultaneous raid carried out at Pascoli School, where the Genoa Social Forum and Indymedia had their headquarters. The trials are going ahead after all of the appeals by the various police officers, including the defence of "we we're just following orders", were rejected by the prosecuters. Up to fifty victims of the brutal raid are expected to attend the hearings in Genoa, including some from the UK. The trials of another 43 police who stand accused of various levels of assault and torture at the bolzaneto detention camp are expected to follow. For more see Indymedia Italy

At the same time in Switzerland the court case against four people from the Aubonne Bridge action at the 2003 G8 Summit in Evian will begin. UK climber and activist Martin Shaw was cut from the climbing rope he was dangling from by police, falling over 20m onto a riverbed and sustaining very serious injuries [see pics 1 | 2 | 3 | 4 | video | collected reports].

While the policeman who cut the ropes remains on duty, ironically, the four protesters, including Martin and the other climber, have all been charged with blocking the traffic and endangering human life! In response to this a European anti-repression meeting will take place on 26-27th June, to promote wider awareness as to the many different cases of repression that have happened recently and to discuss proposals and strategies for creating a stronger and more effective anti-repression network in Europe. For more see: www.aubonnebridge.net | Indymedia Switzerland

Next year in 2005 the G8 will come to the UK. Following months of speculation as to the venue, it now seems that the likely venue is the Gleneagles hotel [official website] in Scotland [1, 2], after recent reports indicated that all police leave in Edingburgh will be cancelled next summer. The venue should be confirmed later this week during the Sea Island G8 meeting in America.

The last time the G8 met in the UK was in Birmingham in May 1998. Then up to 70,000 people encircled the centre of Birmingham, forming a human chain and demanding an end to third world debt [pics]. On the same day up to 7,000 people took control of the centre of Birmingham for the second Global Reclaim the Streets Party [pics 1 | 2] - with actions and protests happening against the G8 in around 40 cities across the world, with over 400 social movements taking co-ordinated action under the banner of Peoples' Global Action (PGA).

Six years and many huge mobilisations later, people in the UK have been planning for the G8 for almost a year now. A growing new network of local groups and individuals has been created called the Dissent! Network, with nodes across the country. Dissent! is planning a series of awareness raising events through the year and has been calling for both local and international participation. Many people and groups are now focussing on planning protests and direct action campaigns against the G8.

Recently many NGO organisations are also co-ordinating on a level unseen since the Jubliee 2000 drop the debt campaigns, and with Tony Blair and Gordon Brown set to try and pitch the UK presidency of the G8 (from July to December 2005) as a positive step towards reducing third world debt and around issues of development and trade [see guardian article], as well as 2005 being the 20th anniversary of the Live Aid concert, they have plenty organise around. Recently several trade union leaders, politicians and Globalise Resistance England have also issued their first call for protests. It's expected that many groups will use the European Social Forum in London October 04 as a platform from which to launch campaigns.