Here are some black and white images of the Birmingham G8 protest that happened in May 1998.

Here's an interesting account of what happened on the day too

See you in Gleneagles... 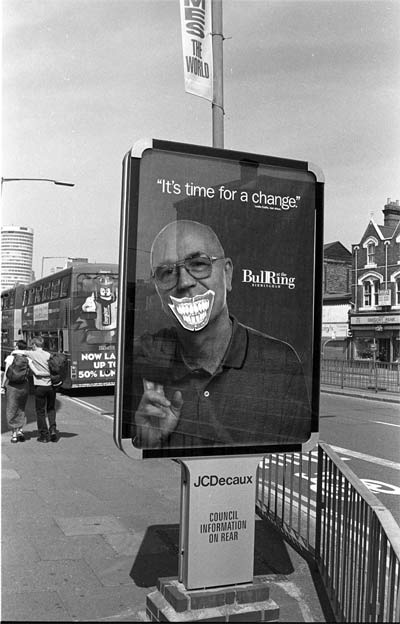 Time for a change at The Bullring 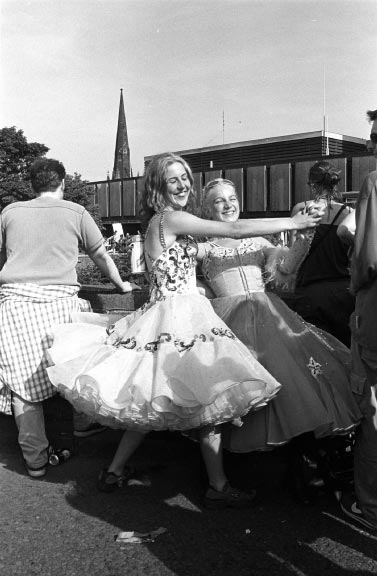 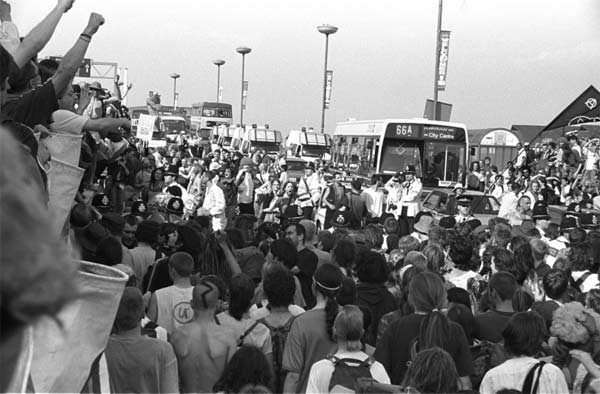 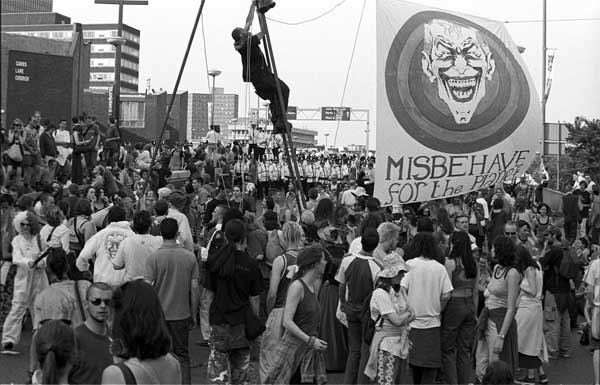 Misbehaving for the Planet 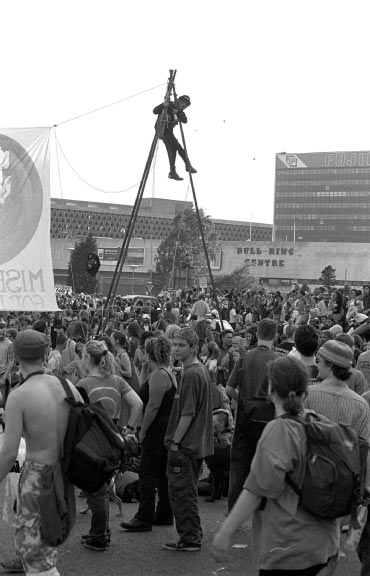 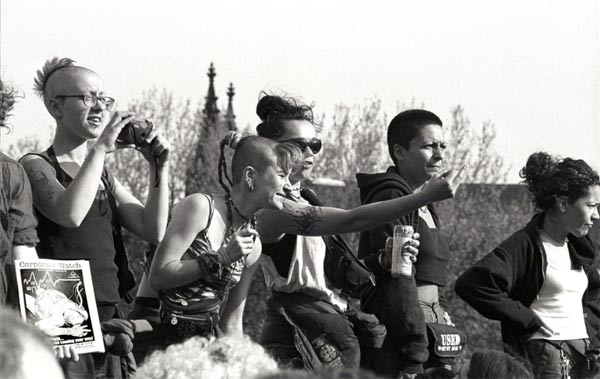 Watchin rotten fruit and veg from the markets below sail towards the cops! 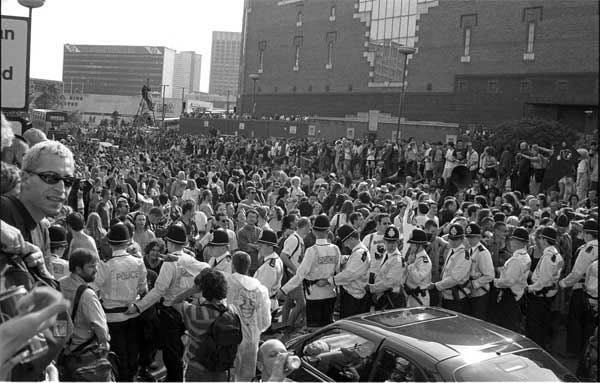 Panorama view of the Bullring - my how its changed!

Here's an interesting account of what happened on the day too

Go on! - upload your pix and film 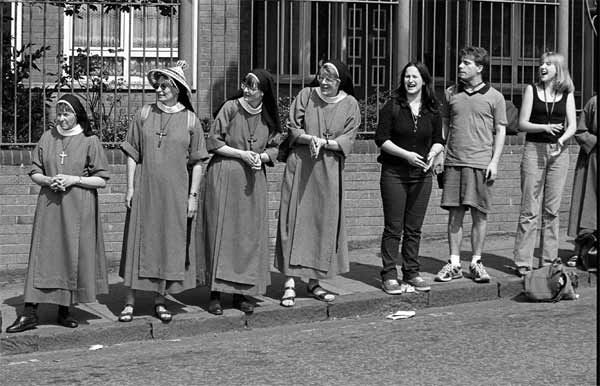 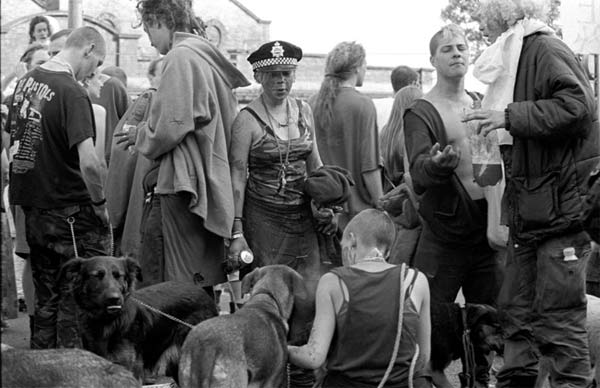 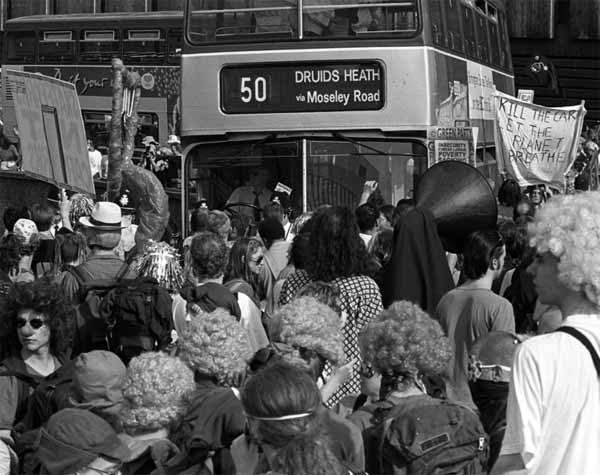 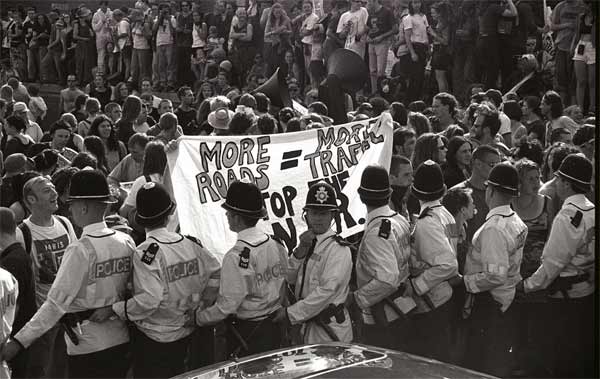 the thin blue line about to dissolve :0)

Drop the Debt and the overlooked Palestinian solidarity march pics 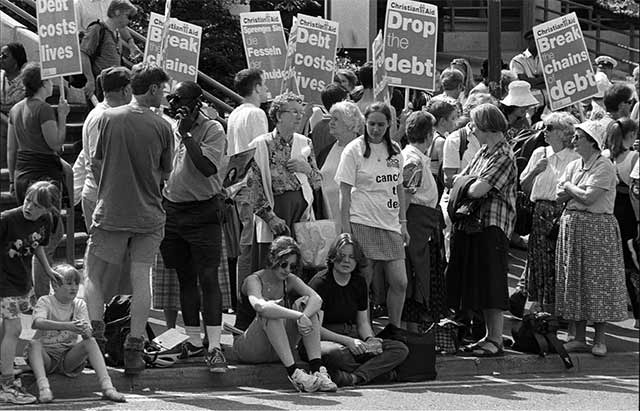 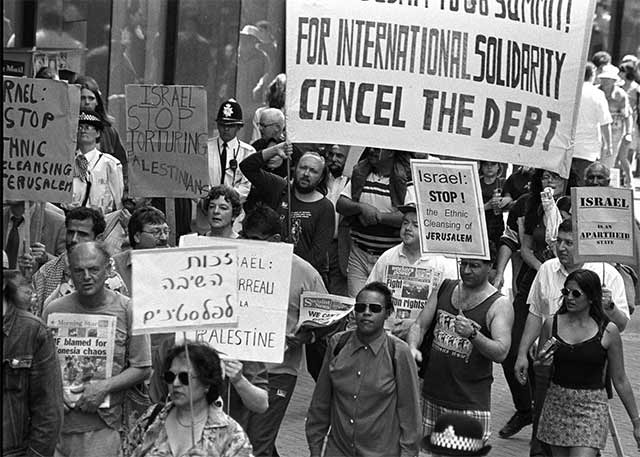 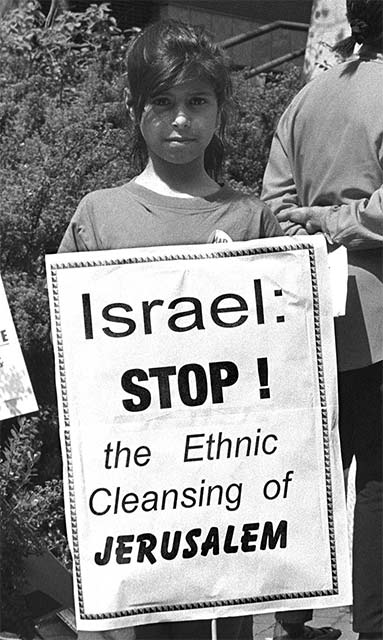 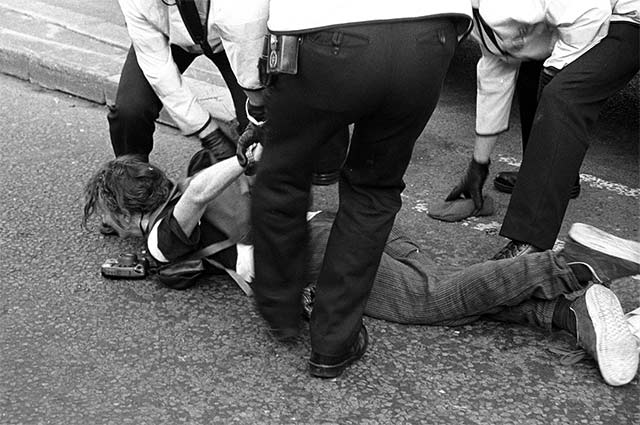 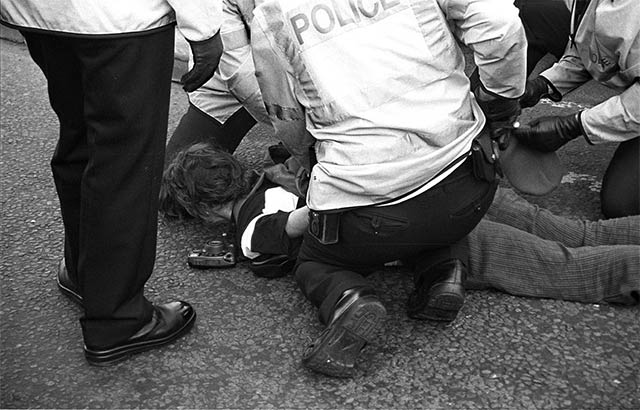 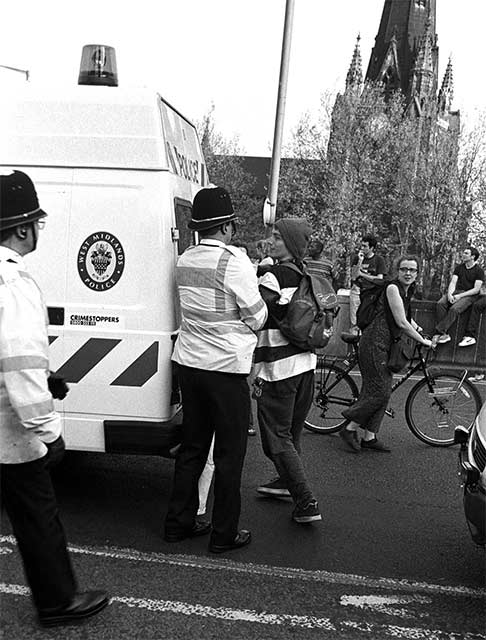 one of imc brum

brings it all back...

that one of the cop line, i have some cine video footage of that line dissolving :)

hmm maybe i'll dig out my pictures from a box somewhere and scan them in and add them to indymedia, i just had a quick look on the net and there seems to be sod all around from b'ham G8.

the rotten fruit was fun, i remember that cool system pulled out the back of a car... i also remember that car that got turned over, smile faces sprayed on it, then later torched, making it the image that ruled the following day in all the press.

still, good party though, and what an amazing thing, with actions going on in like 40 cities around the world.

A kind of history of protest against the g8 since 1994

This book has brief histories of resistance to the G8 since 1994 and lots of pictures too.. check it out..


We Are Everywhere: The Irresistible Rise of Global Anti-Capitalism

"We Are Everywhere is the the first book to truly capture and embody
the exuberant creativity and radical intellect of the protest
movements". -Naomi Klein

"Lacking the po-face which could have made the collection a
sanctimonious grind and celebrating not just the exploits of young
white activists but people of all ages, from many different cultures
throughout the world, this book is essential reading for anyone who
cares about our future, and weighs enough to throw at anyone who
doesn't." - Independent on Sunday.

"An authentic document of revolution." - The Times

"This isn't a book, it's a brick with which to shatter cynicism." -
Luther Blissett

• Introduction –Why this booklet has been put together and what we hope to achieve.

• From a Good idea…. to a nightmare – A brief run down of the events leading up to
the decision to a G8 street party.

• Listen Carefully – The bit where we try to bring together points and ideas which may
be useful to others mad enough to do something similar.

• Party Politics – A longer-term perspective on the role of street parties and their
relevance to political and social change.

• Ranting and Raving – People getting things off their chest…

May 1998 saw a global street party take place in Birmingham to coincide with the G8 summit
being hosted in the city. This document has been put together by a group of people involved in making the party happen to try and do several things:

• Help other people learn form our mistakes and set backs

The general public still don’t know what street parties are about. As reported in the
Birmingham press the G8 event was put on by sinister anarchists who hate cars and like
trouble – end of story. Most ‘normal’ people either don’t know street parties exist or are
alienated by a crowd of dodgy looking characters swigging cans in the middle of the day in
the middle of a road. Smaller, local street parties show that it doesn’t always have to be that way – we need to do more than just perpetuate our exciting sub-culture. This document is intended to provoke discussion. [In many ways we are lucky because we have created a
medium in which to convey our thoughts. A right to reply is perhaps essential and any
comments on what we have written may perhaps be best channelled either through EF!
Action Update or Reclaim the Street in London]