Nottingham juggled and clowned about outside McDonalds in Clumber Street, Nottingham Centre on Saturday afternoon. Many leaflets about the G8 issues were distributed. 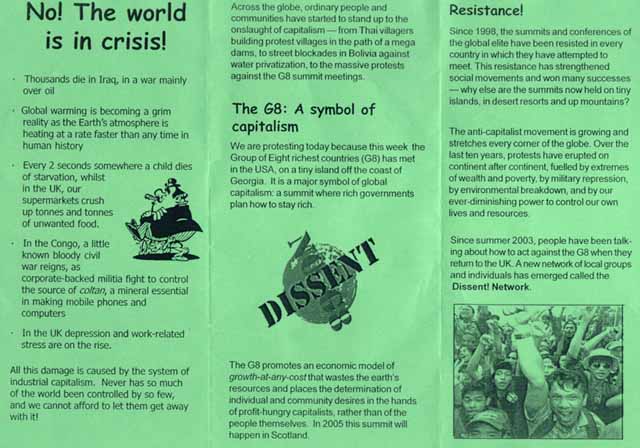 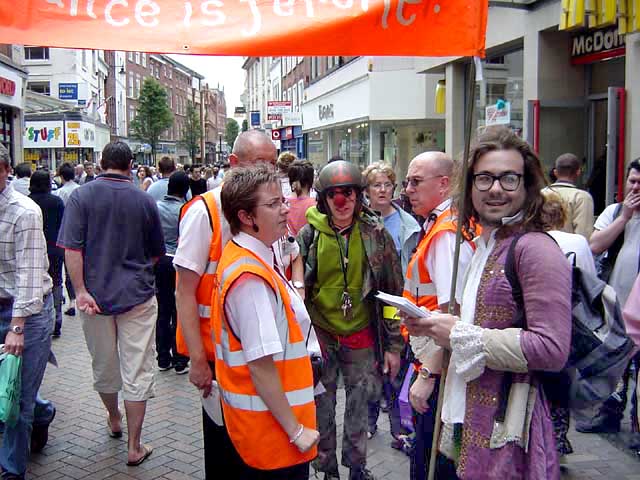 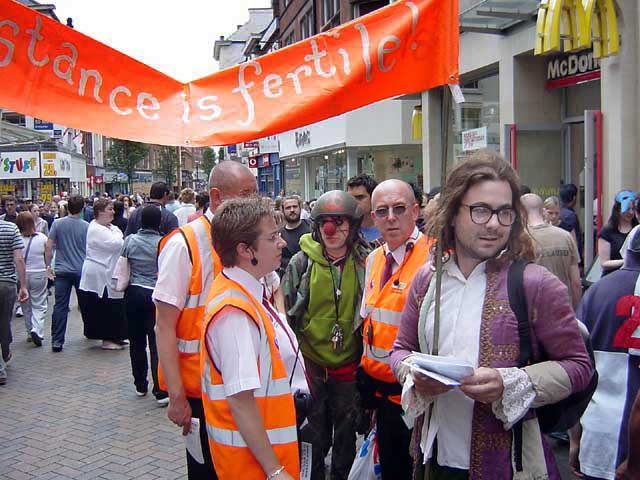 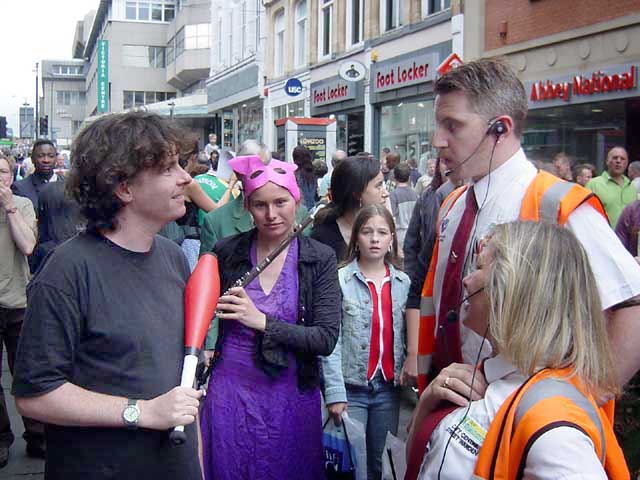 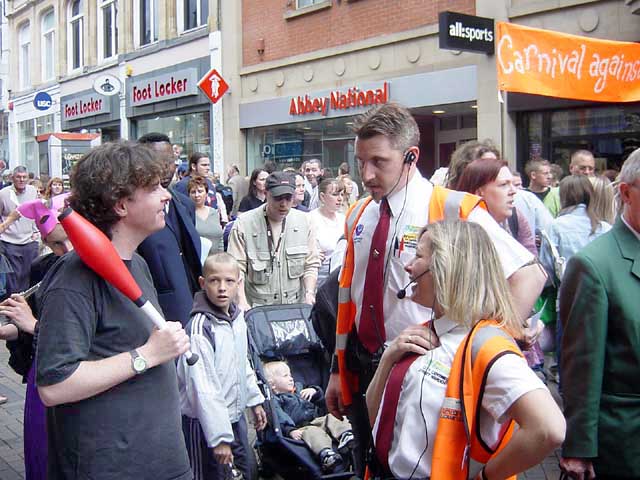 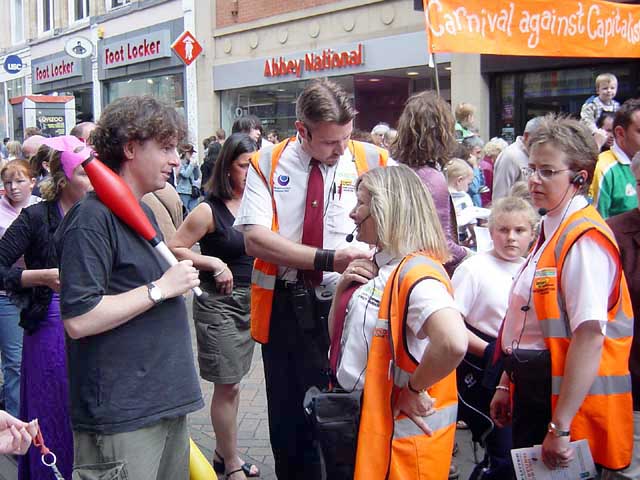 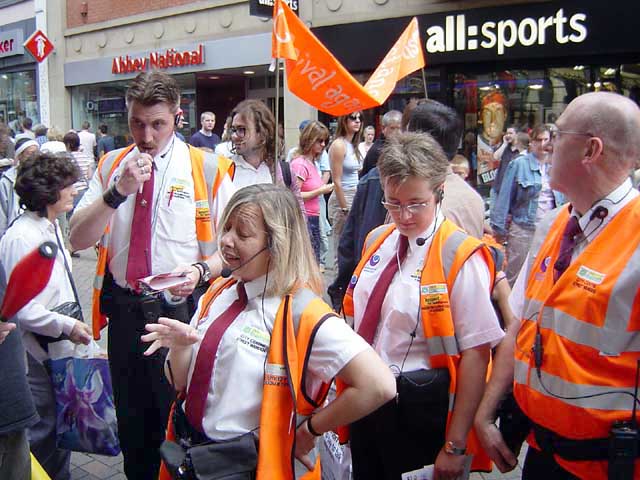 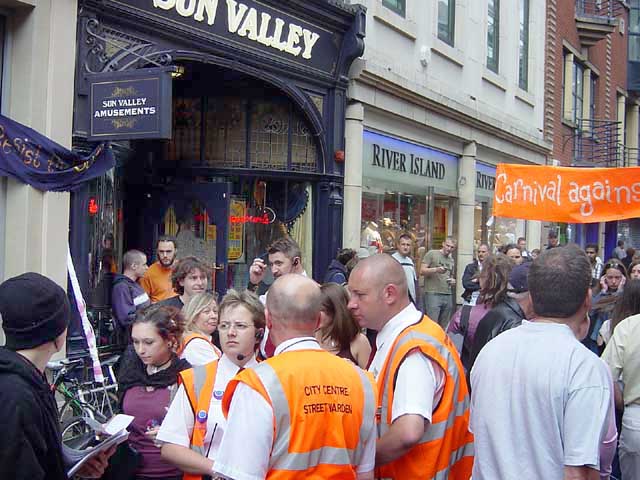 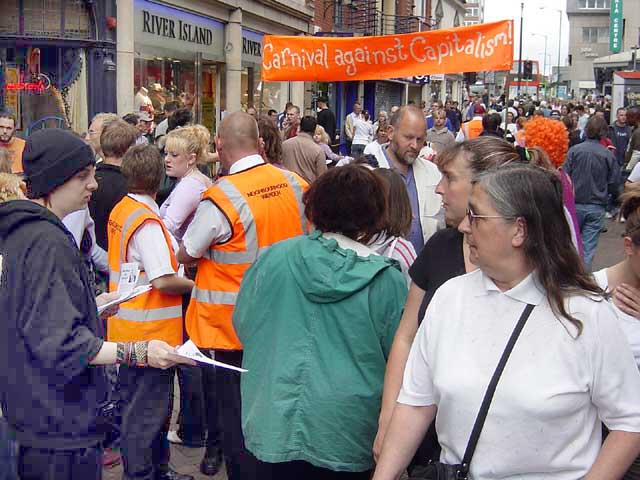 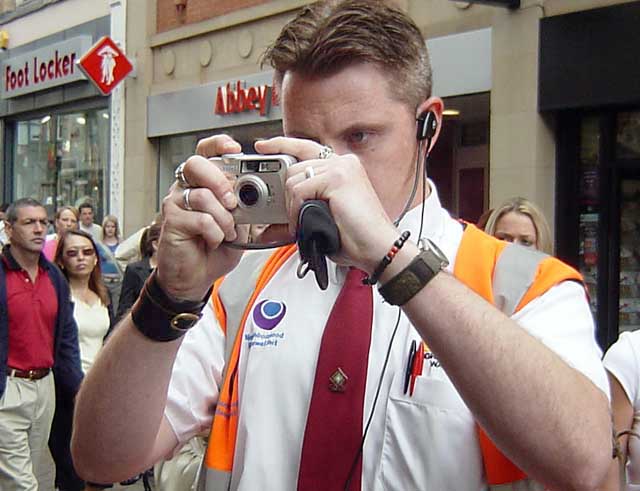 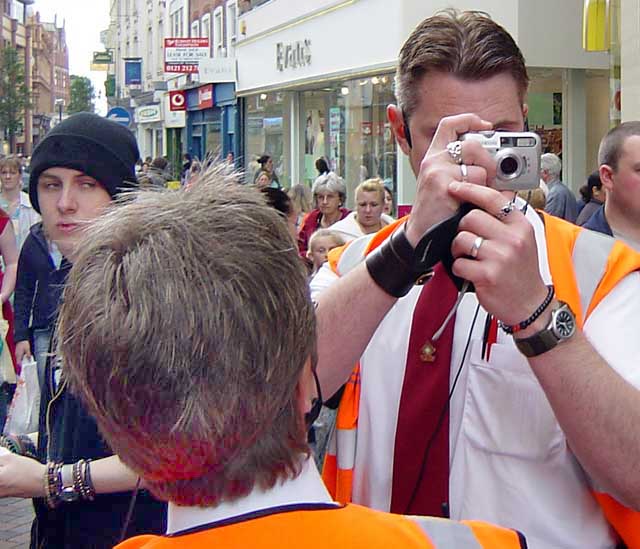 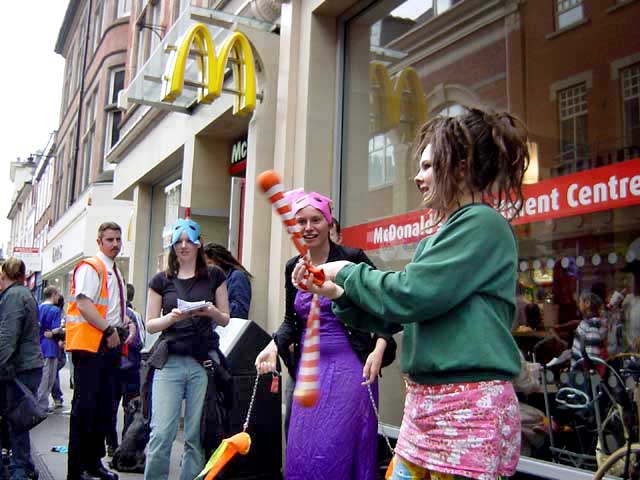 This week, Nottingham folks have had a 'critical mass' bike ride around the city on Tuesday. On Wednesday, they blockaded the road to the oil installations at Colwick. And to round the whole thing of, people juggled and clowned about outside McDonalds in Clumber Street, Nottingham Centre on Saturday afternoon. Many leaflets about the G8 issues were distributed.

Neighbourhood Wardens and City Centre Street Wardens, [does anyone know the difference?] were on scene shortly, but they went away eventually. No police attended. Apparently you can't juggle in the street with a licence from the council and need to have Public Liabily Insurance!! Isn't it amazing wot you learn on a protest?

The regular viewer of my work will know of my interest in police surveillance methods.

However, this event was extra interesting to me, since this was the first time I've seen one of these wardens, photograph people with a small digital and then did me!

I may apply for the piccy under the provisions of the Data Protection Act, 'Subject Access Request' section.

Previous events from this week. A good effort Nottingham.

and some earlier protest at: