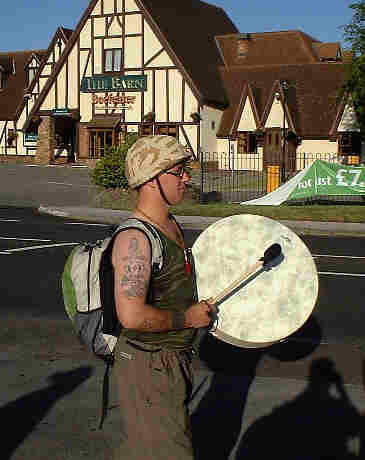 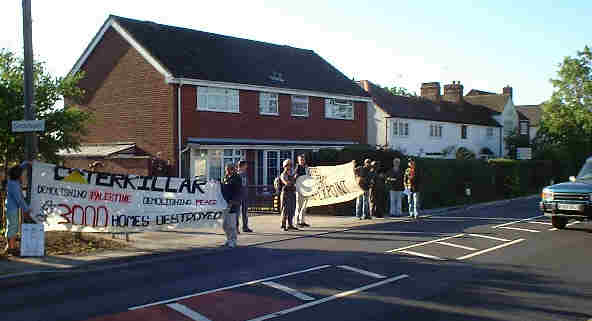 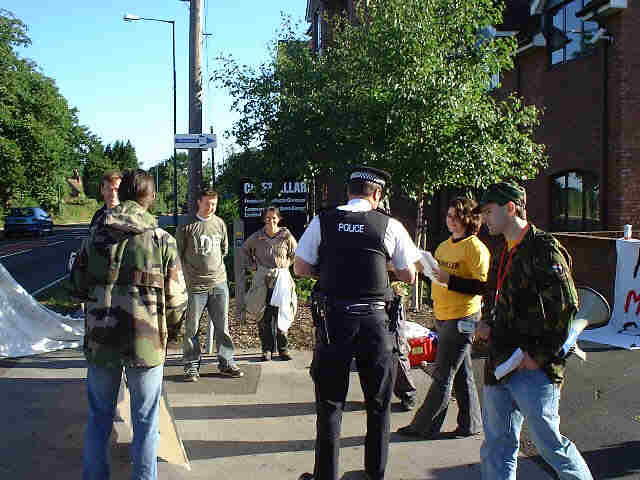 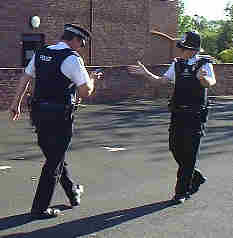 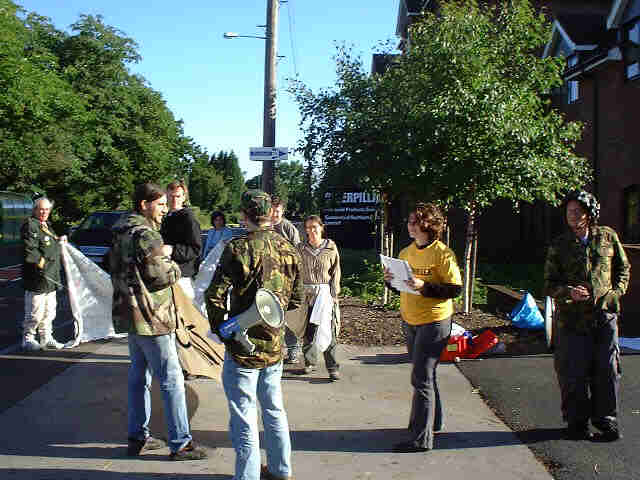 At 7am on Friday morning 10 protestors arrived at Caterpillar's offices in Solihull to bring to the attention of the staff the UN warning that the sale of bulldozers to Israel may implicate the company in human rights violations.

A mock military checkpoint was set up and inevitably, it wasn't long before the local police arrived. It was clear from the start that these enforcers of law and order were not happy about these nasty peace protestors disturbing the tranquillity of their small lives in a small suburb. Unable to control their more basic instincts they set about taunting and belittling protestors in the Caterpillar car park which unfortunately for them is on a public footpath. Some anger management courses for sections of the West Midlands police might be a good use of public money!

The noise level started getting slightly louder than that of the passing traffic which seemed to agitate the police. When one protestors then tried to present a 'Home-wrecker of the Year' award one particularly nasty policeman grabbed the award, violently smashed it on the ground and arrested an individual for no reason at all. If anyone knows a good police therapist get in touch.

On leaving the site we were followed by a police car and surprise, surprise were pulled over and given a thorough vehicle inspection. The van was given a prohibition order (despite being recently MOTed) and taken off the road. For this petty and vindictive act by the police several Brighton Community Groups will be severely disrupted.

Eight protesters, undeterred, returned to the Caterkiller site at 2pm for a noise protest. After 30 minutes the noise got slightly louder as our police friends arrived and almost immediately arrested all protesters under Section 25. Various personal items were deliberately smashed to the ground and damaged by the same unhinged PC we'd met earlier.

All eight were charged with causing alarm, distress and harassment.
All eight were pretty alarmed, distressed and harassed by these West Midlands idiots. Not to mention the 13 hours spent in police cells.