Bristol Blockade of Sainsburys Depot: GM and Farming are the issue!

At 11am, as part of a national blockade, a coalition of farmers and anti-GM activists blockaded the Bristol Sainsburys main distribution depot in a protest against both GM-Animal feed in the food chain and the company's treatment of small farmers. 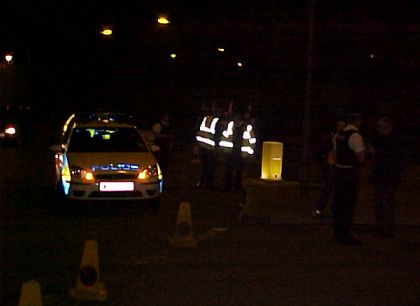 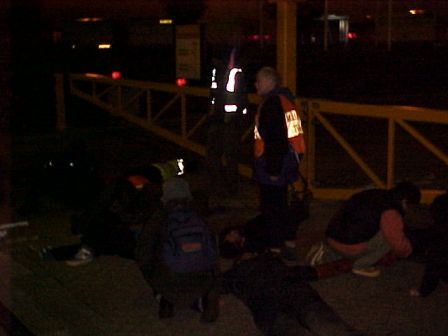 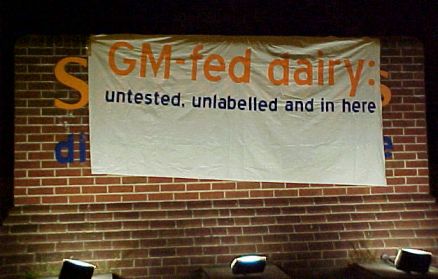 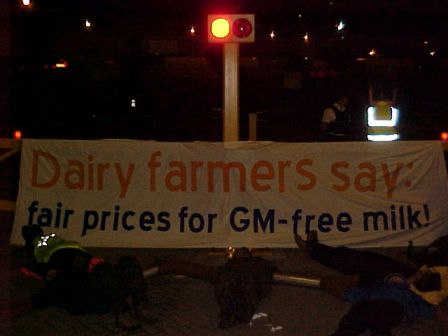 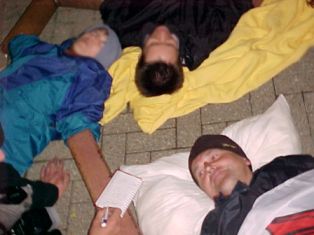 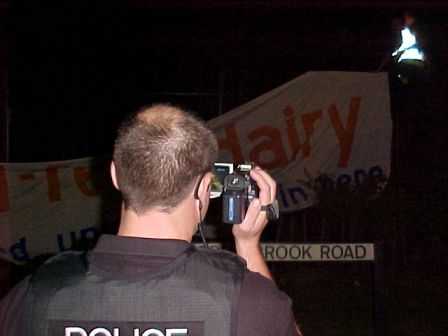 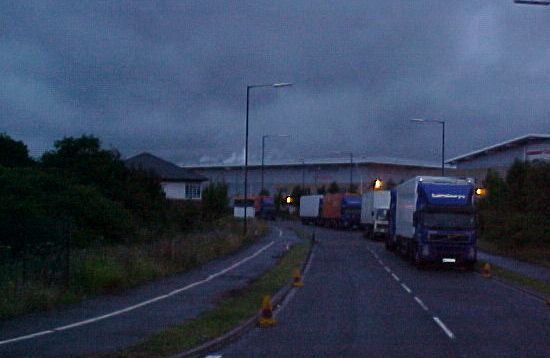 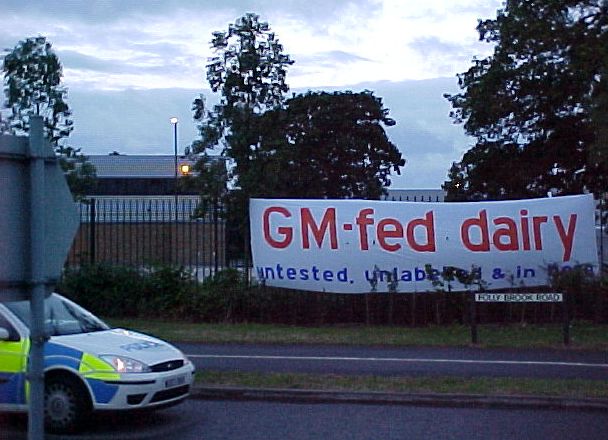 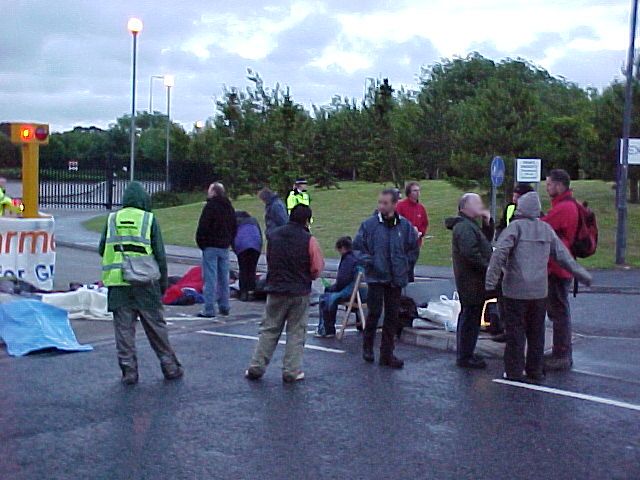 Images fro the action are below....

0 - A police checkpoint is in place at the Sainsburys's distribution depot in Emerson’s Green, Bristol.

1 - Despite the police presence, a collation of farmers and regional anti-GM activists manages to secure a lock-on blockade at the only entrance to the depot around 11pm.

2 - The first of the banners goes up. It reads: GM-fed Dairy: Untested, unlabeled and in here.

3 - The second banner goes up and the full lockdown is in place. It reads: Dairy Farmers say: fair prices for GM-free milk! This refers to the GM-free milk that Sainsburys's have introduced which is more costly than normal milk and although the farmer has to source GM-free animal feed (which costs a little more) – this small additional production cost is a fraction of what Sainsburys are putting on the consumer price AND they are paying the farmer no extra at all!

4 - Gerald, an organic farmer from Wales, in lockdown position next to Somerset and Bristol-based anti-GM activists.

5 - A police cameraman videos activists putting a third banner up.

6 - A few of the many lorries unable to deliver/pickup because of the blockage.

7 - A the morning light appears, the banners become more visible.

8 - 5am and the blockage is still in place! It is finally ended by the activists under threat of arrest at 5.35am.