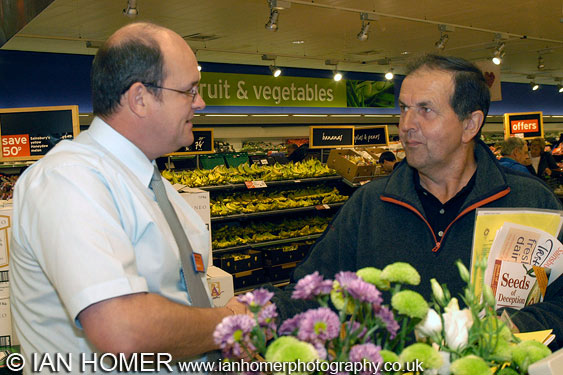 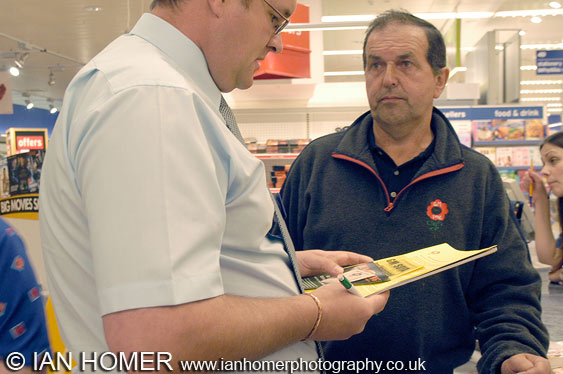 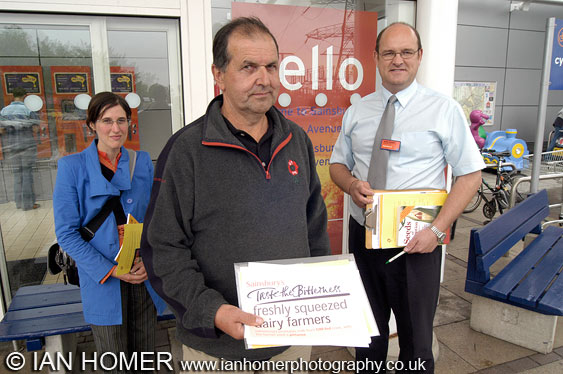 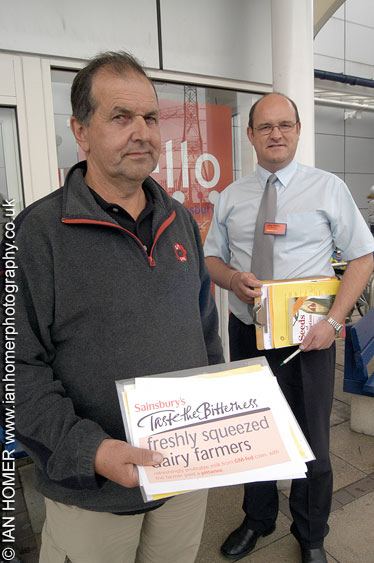 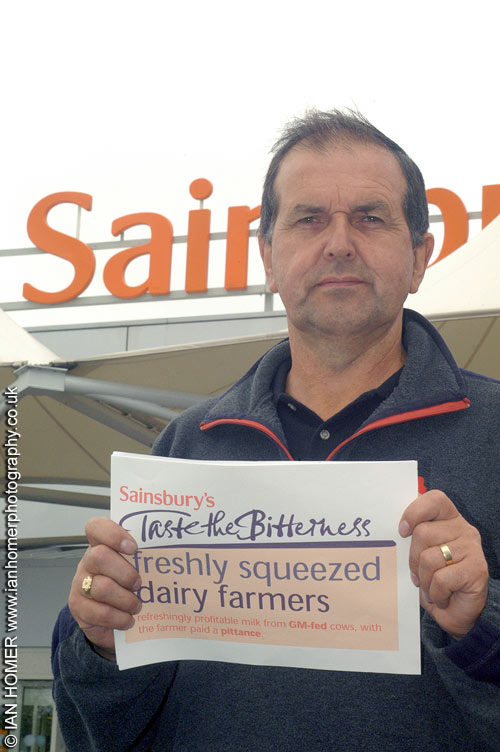 Surprisingly, Mr Miles got a warm welcome from the manager of the store, Andy Hooper, who happily took reading materials highlighting the pitfalls of GM.

Mr Hooper said he will respond to questions posed by Mr Miles in regard to the store's sourcing of non-GM originated products.

Much emphasis was placed by Mr Miles on the fact that dairy farmers were being coerced into using GM sources of protein for their cattle such as GM Soya as it was cheaper than non-GM varieties. A recent scientific report from Germany highlights GM material can pass from cattle being exposed to GM feedstuffs into milk.

Mr Miles also highlighted that farmers going into non-GM production methods do not see anything like the increase in revenue that supermarkets make on such goods at the till.