In any instance, it is clear that the gunmen who have caused so much havoc in Darfur have had considerable outside assistance. The 'Sudan Liberation Army' were reported by Agence France Presse to have "weapons, vehicles and modern satellite communications". (12) UN media sources have also noted claims by tribal leaders that the rebels have better weapons than the Sudanese army. (13) The rebels have also been receiving military supplies by air. (14) And, in a disturbing resonance of the gunmen who have dominated parts of Somalia in four-wheel drive "technicals", the gunmen have also been operating in groups of up to 1,000 men in four-wheel drive vehicles.( 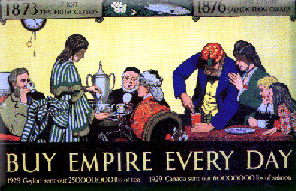 The US-UK profit handsomely over the world’s problems – many of which they helped to create – the UK placed Darfur into the Sudan – a British Colonial possession – The UK even bombed the Sultan of Darfur when he declared allegiance to the Ottomans ! Bad Brits!

http://www.emergency.com/2003/urban_warfare_considerations.htm
Fourth Generation Warfare (4GW): 4 GW is war between societies, about culture, by irregular combatans, against nonmilitary as well as military targets, to influence the mind of the other side – rather than war between nations, about borders, by regular armed forces, against other armed forces, to destroy them. Targets: vulnerable infrastructure, institutions, populations, cultural icons, culture itself, armed forces


What has Caused the Unrest? - Darfwur

The gunmen in Darfur claim to be acting because of the region's alleged underdevelopment. These claims are not immediately borne out by the facts. Before the present government came to power in 1989, there were only 16 high schools in Darfur: there are presently some 250 schools. In 1989 there were 27,000 students in schools; there are now more than 440,000. In 1989 there was not a single university in Darfur; there are now three. Before 1989 here was not a single airport in Darfur; there are now three. There has been a three-fold increase in paved roads since 1989. And, politically, Darfur is very well represented at all levels of Sudanese society from the federal cabinet on downwards. The claims made by the rebels to represent all Darfur, and that they are acting because of Darfur-wide "underdevelopment", are undermined by the fact that the SLA is based on almost exclusively upon the Zaghawa tribe.
What has become obvious is that whatever legitimate issues may have arisen out of concerns about underdevelopment they have been hijacked by various opportunistic forces to serve different ends. Eritrea has militarily, logistically and politically assisted the Darfur gunmen in its continuing attempts to destabilise Sudan. Khartoum has lodged official complaints with the United Nations and African Union. (7) The Sudanese government has also pointed to the agreement signed in the Eritrean capital between Darfur gunmen and elements of the Beja Congress, an armed anti-government group based in Eritrea.(8)

Islamic extremists identified with the party of Islamic fundamentalist leader Dr Hasan al-Turabi are politically involved with the rebels. Dr Hasan al-Turabi, the leader of the Islamist Popular National Congress (PNC) party, has admitted that 30 members of his party have been arrested in connection with activities in Darfur. (9) Turabi has also admitted supporting the Darfur insurrection: "We support the cause, no doubt about it...we have relations with some of the leadership." (10) In November 2003, an unnamed PNC official admitted that some party members were involved in the Darfur conflict.(11)