here is a review of the opening event of the Latinamerican liberation exhibition at the rampART, part of the Venezuela Solidatrity Week. 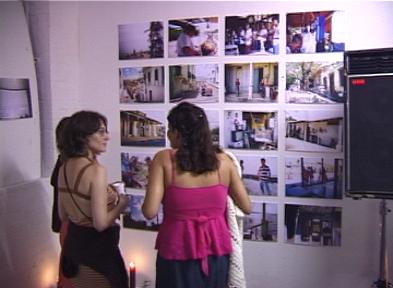 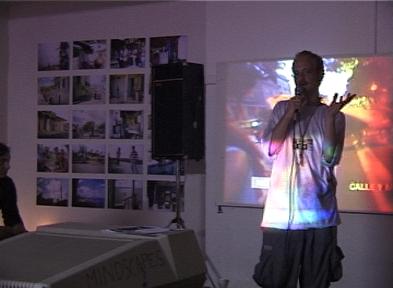 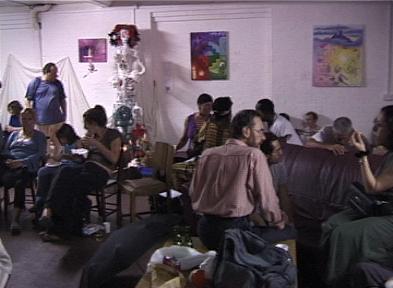 On Monday night, (9th August) the Venezuelan Week of Solidarity started at the rampART centre in East London with a vibrant opening event. The fifty or more people attending were introduced to contemporary art of Mexico, Argentina and of course Venezuela, with the work shown in the Latin-American Liberation exhibition, the short film ‘X-rayed Hearts’ of Lilliana Lopez and the energetic shamanic dance performance of Raoul.

The initiator, Charley Allan, gave a brief introduction of the situation in Venezuela leading into the program of the solidarity week which goes on until Sunday 15th August, the day of the referendum. The temperature climbed in the crowded rampART hall as people socialised and enjoyed free Caracas style veggie hotdogs, beer and wine.

The evening was rounded off with the screening of a new documentary "The Bolivarian Venezuela: People and Fight of the IV World War" which analyses Venezuela’s Bolivarian Revolution as part of the world movement against capitalist globalization. The film follows the evolution of the popular movement from the "El Caracazo" revolt in Feb 1989 until the massive mobilisations that restored their elected government 48 hours after a US-supported military coup in April 2002.

It was an incredibly powerful and moving film with constant commentary by people on the street about their feelings and support for what they see as their revolution and the fruits of their hard won shift from so-called representative democracy into participatory democracy. The film will be repeated twice more during the week (on Wednesday and Friday) so do take the opportunity.

To find out more about the situation in Venezuela, or the rest of the events during Venezuela Solidarity Week, check out the following websites.

Heat is on... at the rampart

Good evening, had a great time, nice place, loads of good people, good vibes, wicked film... BUT IT WAS SO BLOODY HOT!!!

Come on guys, get some air conditioning ;-)

...much of a bunch of righteous squatters!

air conditioning is vastly expensive to install and uses loads of energy while emitting pollution (ozone layer, anyone?)

how often is it really that hot in london?

how much money do you really think political squatters really have to throw around on dirty high tech 'solutions' to a couple of warm evenings in august?

get a fan! or do your arms need moving for you?

sorry to be sarky but honestlty, ain't it good enough for you that they are doing good stuff for nuttin?