Indymedia Cinema @ The Other Cinema London 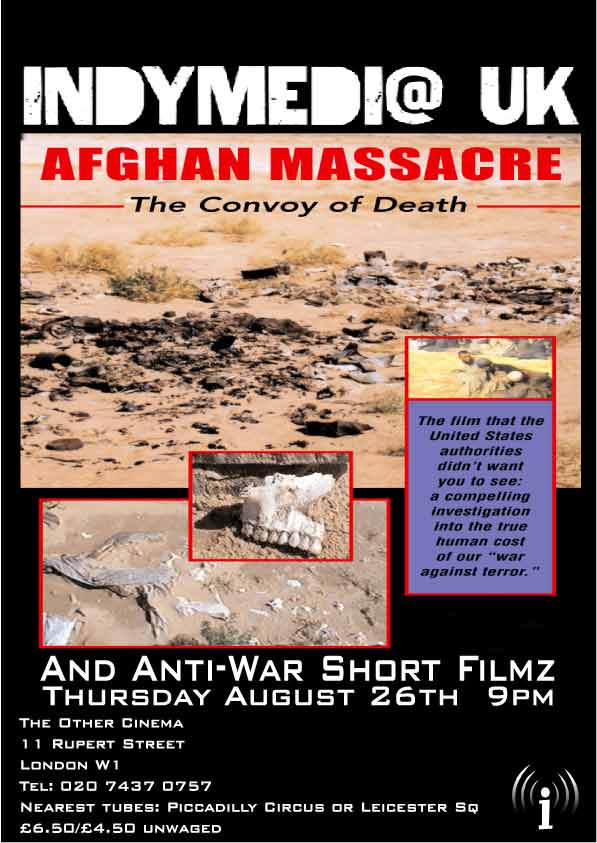 Controversial film alleging United States complicity in the massacre of three thousand unarmed prisoners of war in Afghanistan. It tells the story of how thousands of Taleban prisoners who surrendered to the US military were forced into sealed containers and loaded onto trucks for transport to Sheberghan prison where many suffocated to death en route. The bodies of the dead and some who survived were then buried in a mass grave at nearby Dasht Leile. US special forces were closely involved and in charge at the time. Were they involved in a war crime?