On Sunday August 22 the CamBoater association organized an open day to encourage people to visit the river boats and get to know those who live there. A festive atmosphere prevailed, with literally hundreds of people of all ages visiting the 20 specially decorated boats near the Jesus Green Lock. The morning was part of an ongoing series of events which aim to raise the profile of the Cambridge boating community and gain support for their campaigns.

The association has been formed in the last few weeks by resident Cam boaters to campaign against new mooring rules recently introduced by the Cam Conservancy. Starting from October 1st boats will not be allowed to moor on Midsummer Common, directly affecting the approximately 22 boats that will have to move, but also causing overcrowding of the entire river. The Campaign has also highlighted other concerns, including the lack of waste disposal facilities and fuel supplies available for boaters, and the presence of just a single water point for tens of boats. 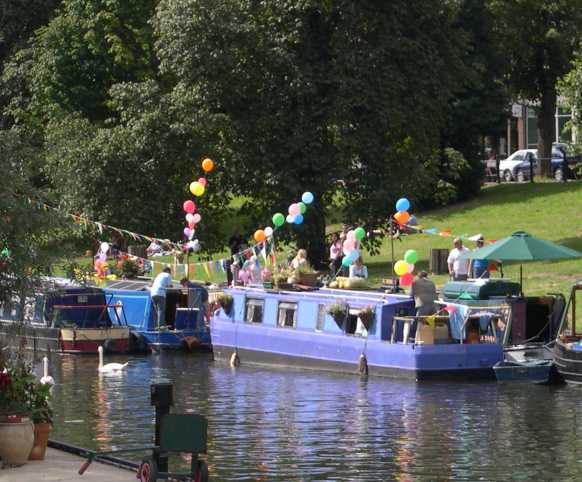 View of the boat open day 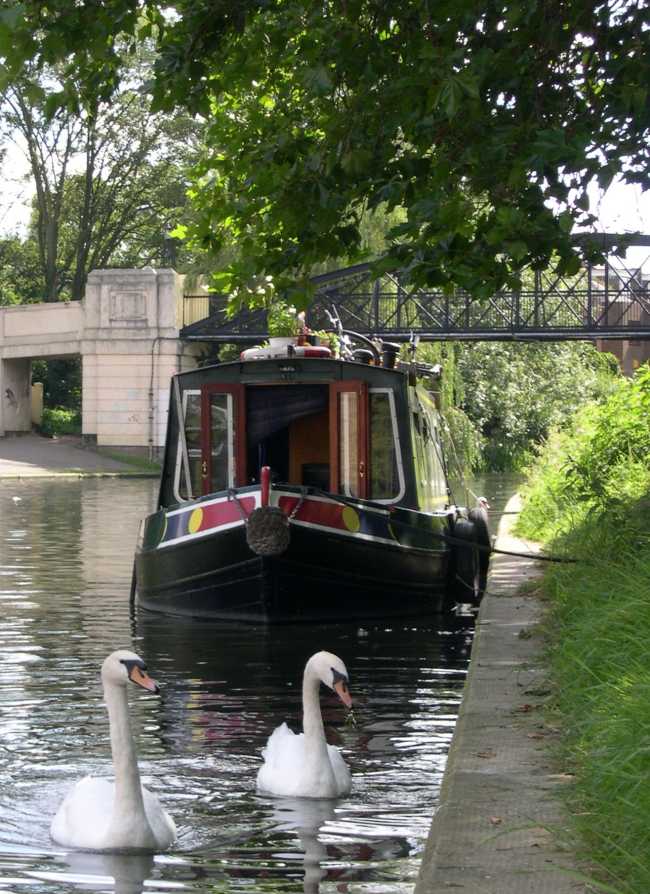 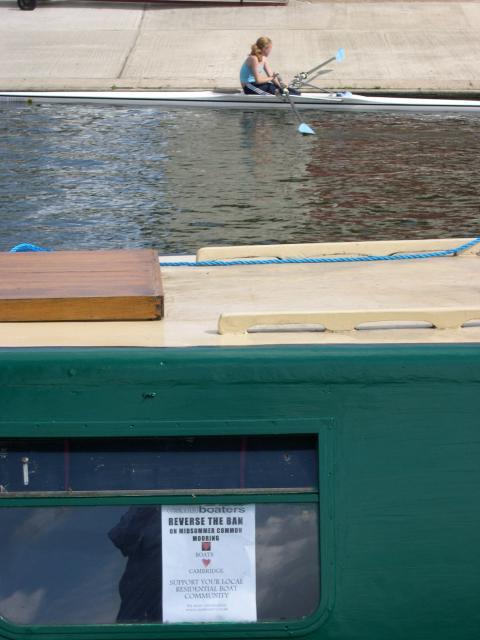 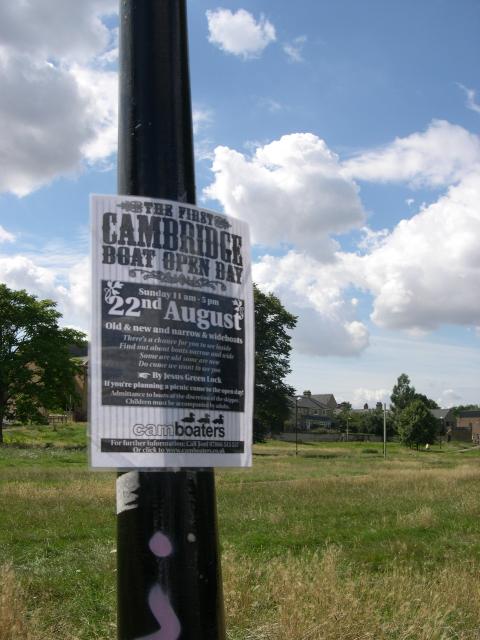 The Cam Conservancy have introduced the new regime under the guise of 'navigation rules', to ease the life of novice rowing crews going down the river to where they can race. CamBoaters and rowers alike find this justification dubious: the Cam is wide enough for rowing boats to navigate along side of the residential boats. Unexperienced crews will not derive a greater benefit from just six additional feet. The governance of the river is confused and archaic - the Conservancy deals with navigation while the City Council is responsible for recreation and, along with the County Council, own the river banks. As a result of this the Conservancy was able to have minimal consultation with boat residents and the impact was never properly assessed. There are now deep concerns that 'double mooring', attaching two boats side by side to the banks, will be dangerous during flooding. The wider social impact of the ban on the surrounding community was also ignored, in particular the security implications of transforming Midsummer Common into a no-man's land at night.

Aside from the irregularities and the unfairness of the process, most boaters and residents deny the legitimacy of the Conservancy to effectively evict residents from a river that has been inhabited for the last 500 years. Some fear that the ban on Midsummer Common is the beginning of a series of evictions that could aim to transform the river into a mere sporting facility. Others felt that they were just the latest victims of a centuries old tussle between town and gown: the leisure of a small number of privileged University kids destroying a thriving community.