demonstrations in greece against the visit of colin powell 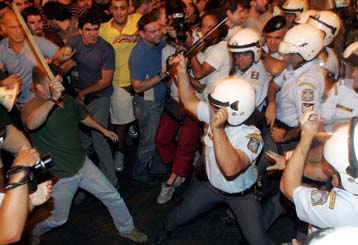 3000 thousands people marched yesterday 27/8 to athens -greece to protest against the visit of the colin Powell.One of the butchers of the people of IRAQ.The demonstration actually forbitten by the goverment and never reached at the end,which was the American embassy.Riot police stopped them outside the parliament and the demonstrators had a small conflict with the police pigs.Another demonstration will have today(saturday).A demonstration also done in thessaloniki outside the U.S.A-ssasins embassy.Greek goverment shows that a butcher like powell is welcome but is not welcome the anti-war movement. The demonstrators shouted against the USA occupation in Iraq (like: FREEDOM FOR PALAISTINE AND IRAQ ,VICTORY to the armed resistane of people of IRAQ,FUCK USA,NAJAF NAJAF FALLUJA VIETNAM) and of course against the olympic games 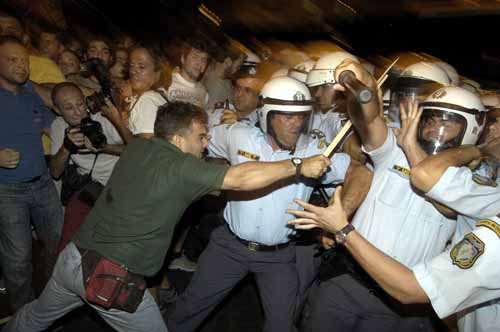 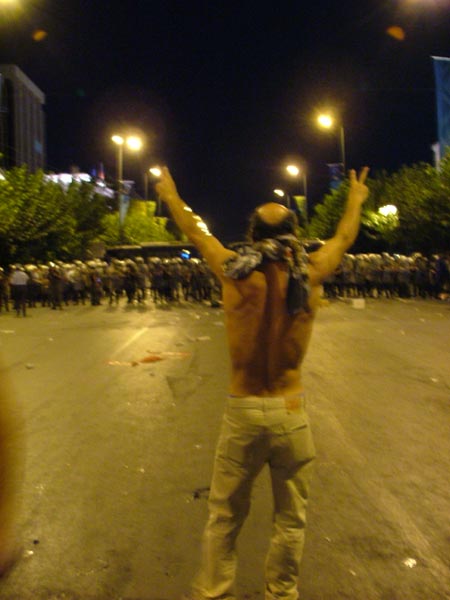 Powell Has cancelled his trip