Report back on peace camp at MBM/EDO technology from 29th August to Sept 2nd.

MBM/EDO, on the Home Farm industrial Estate, Moulsecoomb, Brighton has a $145 million dollar with the UK/US governments for the supply of bomb release mechanisms for the occupation of Iraq.

Activists hope the camp will kickstart a grassroots campaign of direct action to disrupt production at the factory. 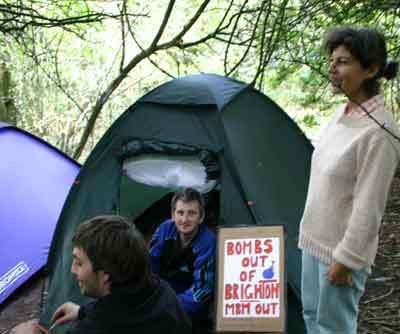 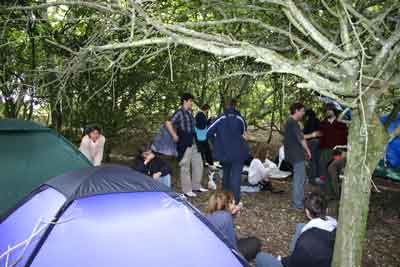 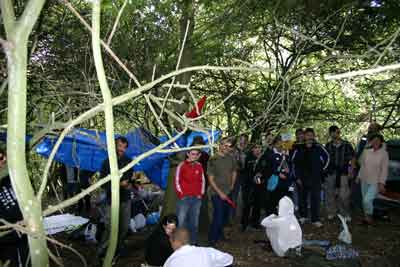 The camp is now underway with about 25 people gathering on the Sunday afternoon.

Previous actions against EDO include a blockade of the factory where protesters erected metal fencing on the access road to the industrial estate preventing employees from getting to work.

David Jones, Managing Director of EDO/MBM reported that the disruption to the company cost £17 000. Every penny lost by the company compromises their ability to supply goods which have contributed to the 13, 336 civilian casualties since the US/UK invasion of Iraq.

A letter explaining the reasons behind the action has been sent to employees of EDO/MBM.

A report on the day's activities will be published daily.

The camp will continue until Thursday and the activists at the factory today
pledge to resist EDO/MBM. We will not stand by while local companies profit from blood and murder.

Why don’t you join us?