As elections draw nearer success seems more and more unlikely. Even if there is not much violence. A big if. Then the validity will be very dubious. 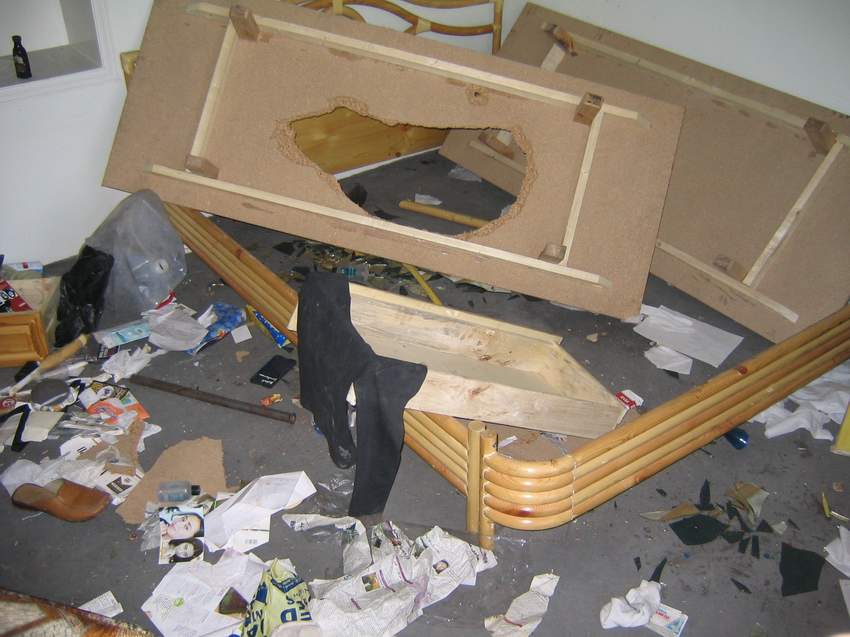 Much the same this week as last week. Lots of security warnings (see attached) with car bombs being warned about in areas foreigners frequent. Possible assassination attempt on Khazai (see attached article) but with the rockets inaccuracy they could have been firing at something else a couple of kilometers away. Still it reminded everyone that he does not control much outside Kabul. I have attached some photos of our, IOM, office in Heart UN and international NGO buildings were systematically looted and destroyed last week. Our staff has had counseling and are not bursting into tears anymore. Other staff from UN offices are more traumatized. These are the ones that stayed in the bunkers and waited for UNSECORD (the UN security agency) to help them. The UN plans to go back in as soon as possible and officially is talking about the elections going on as usual in the west of the country. Unofficially many are more skeptical. Another problem with the elections is the lack of international observers. These are internationals that visit polling stations and observe and report on the validity. They do not want to come to Afghanistan. The UN is looking for internationals to run polling stations. They are asking UN agencies to lend staff. They have not had a great response so far. How would you feel running a polling station guarded by the local commander’s police and telling heavily armed men to leave their guns outside or not to point their guns at people and tell them what to vote? General Dostum, (the name ironically means big friend) is running for president. He is the Uzbek generally considered guilty of genocide with American backing. He does not expect to win but wants a figure to show the support he has and then will be in a better position to bargain for a good position in the new administration. Various other war criminals are maneuvering, making and breaking allegiances which is politics as normal in Afghanistan.

Should the US get out of here after the elections? Well they are not but shouldn’t yet either. They should have a time line for getting out but if they pull out after the elections they would probably be leaving Afghanistan to a blood bath as various factions attack each other as they did after the Russians pulled out. It is difficult to think of a solution and be optimistic.

On a more positive personal note I had a root canal this week. Not something I intend to make a habit of but I had been in pain for two weeks due to a rotten and cracked tooth. One night I was watching a video after taking some strong pain killers and a little beer and heard rockets. I though about going to the bunker but though to hell with it. Now the pain has gone and I will have to find another excuse for shouting at people.

In Kabul if it was not for the security warnings one would not know of any risk. Life goes on as normal for most people. Many people are making various predictions on what will happen over the election period. Views vary from no incidents to civil war. As usual Afghanistan is proving impossible to predict.