Sun fails to shine on peace picnic at ‘RAF’ Croughton 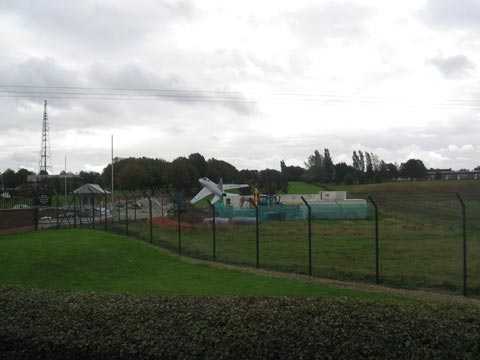 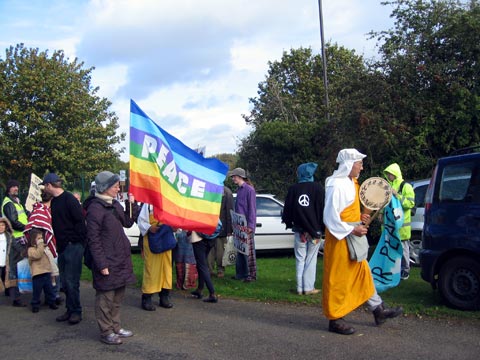 Getting ready for off 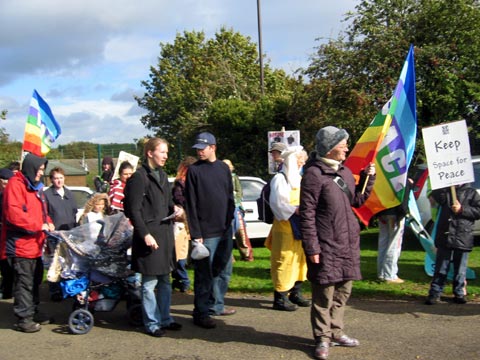 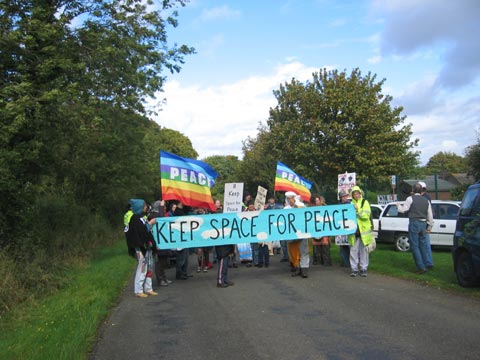 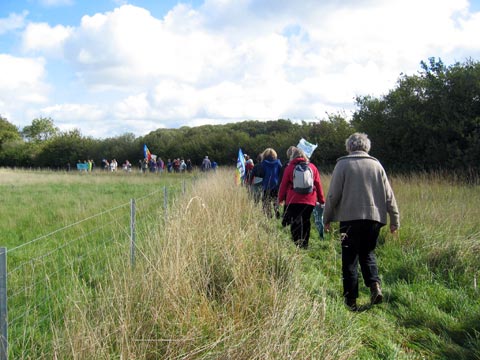 Soggy tramp round base 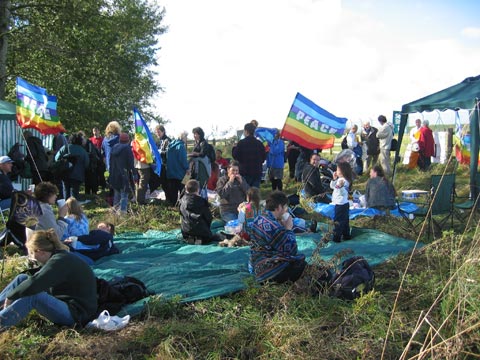 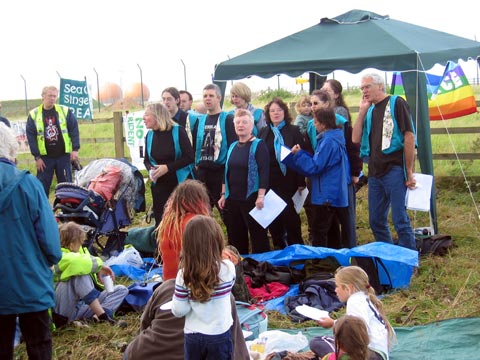 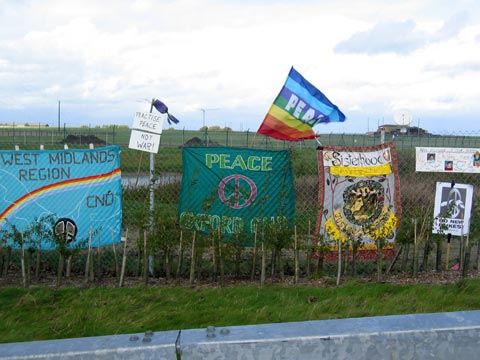 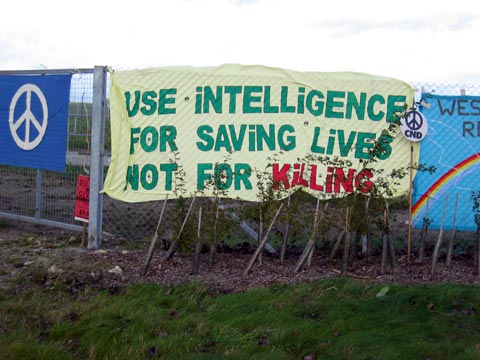 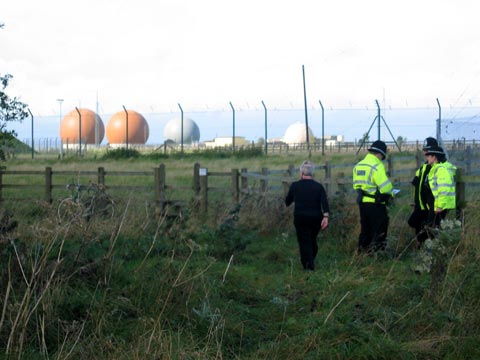 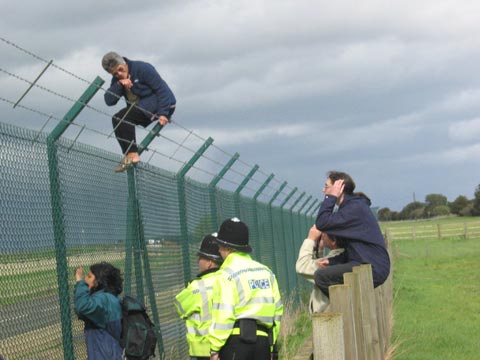 Sitting on the fence

Under a leaden sky and with intermittent showers, we made our way to ‘RAF’ Croughton last Saturday for a peace picnic and rally. Several dozen people from Oxford and London, with a sprinkling from farther afield, gathered with colourful banners for the short march along the road followed by a muddy, single-file tramp around the perimeter fence until we reached our picnic area within earshot of the A43. There we found a refreshment stall with homemade cakes and soup, we listened to the Sea Green Singers from Oxford, and to poems and speeches from a number of anti-war campaigners.
The afternoon was enlivened by the exploits of one of our number who climbed the perimeter fence in her bare feet despite the barbed wire and perched on the top for some time before jumping down into the base and being led away by the MOD.
More serious info about the base and its function should arrive here shortly. In the meantime, I suggest you check last year’s Oxford Indymedia report which has a lot of background material on the base:

http://www.indymedia.org.uk/en/2003/10/278728.html.
Or for an absolutely stunning website, with all the material you could possibly want on missile defence, military bases, ‘star wars’ etc, go to Yorkshire CND’s site at: