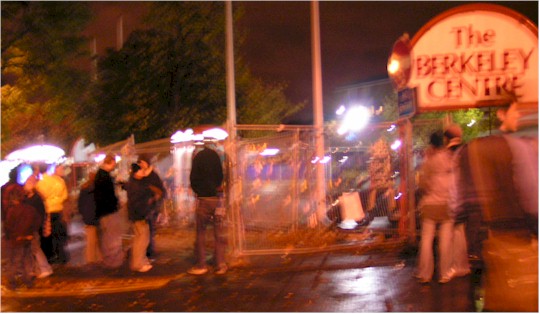 Protestors gather at 4 am 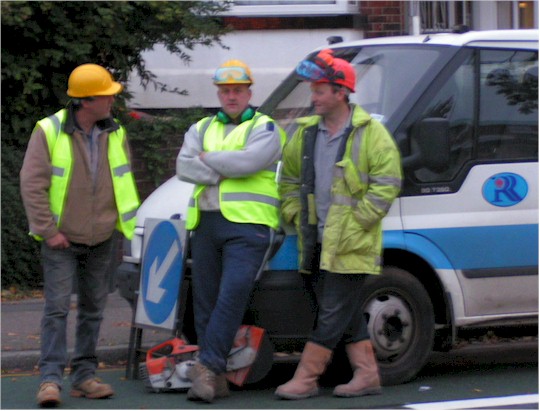 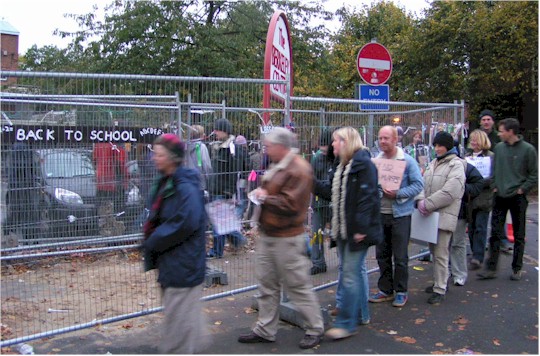 Walking round the site 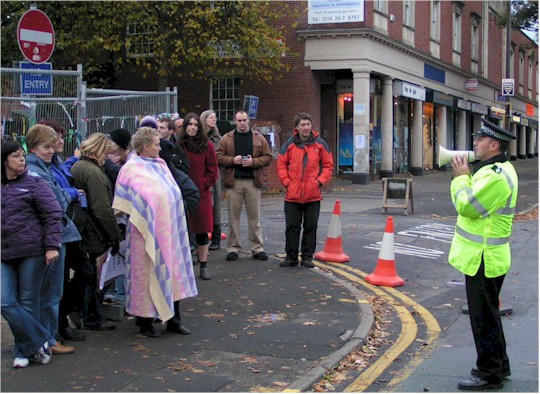 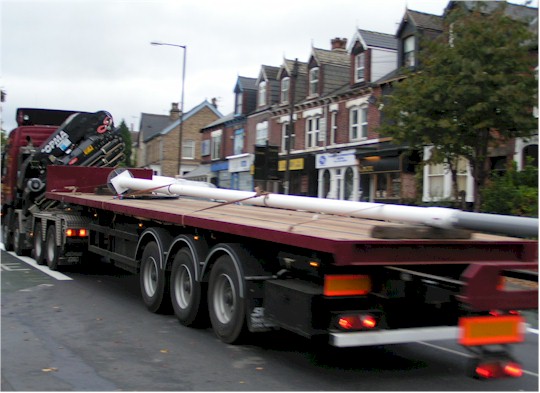 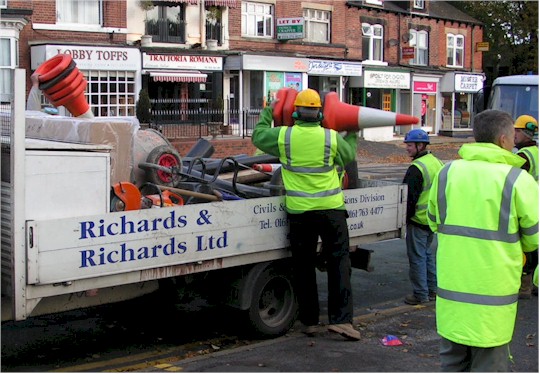 The contractors pack up and go

Many people have serious concerns about the health risks from the new G3 phone masts that are springing up all over the country. People also feel the planning procedure which allows these masts to go up is not sufficiently transparent or consultative. Today in Sheffield a group of such people caused a little inconvenience to Hutchinson Communications by delaying the installation of one such mast.

Having received information that the mast was to be erected today people began gathering at the site from 4 am, the start of the 24hour installation period. The group numbered some 30 – 40 people and included individuals from groups across the City, showing this was not just a case of NIMBYism. The police officer in charge passed out notices, one addressed to the contractors and another to members of the protest group, printed on either side of a single sheet. These notices included the information that the police intended to have “only 2 police officers on the site” unless there was any “contentious occurrence”. It also stated that police officers had been instructed to facilitate a formal protest even though that might “involve a minor infringement of the law”.

The contractors team arrived at about 6.30 am with a car, a van, a truck and an HGV carrying the mast itself. The people defending the site responded by surrounding the fence and walking around it continuously. After the contractors had coned off the area they advanced on the fence wielding bolt cutters and other heavy tools. Some protestors were pushed and shoved as the contractors sought to gain access to the site. After about five minutes the police officer in charge told the contractors to withdraw, which they did – to the other side of the road where they were provided with hot drinks by local students.

The police officer addressed the protestors and said that he was happy for them to continue in their action until 8 am when he would ask them to withdraw to a safe place so the contractors could do their work. At 8 am he made that appeal and the protestors decided to decline the offer in preference to staying around the fence. At this point the contractors advanced again and as they grouped at one end of the fence they pushed violently at people around them. After a few minutes of this the police told them to withdraw. This time they left the site with the vehicles but leaving the cones in place.

The contractors rested in Wicks car park until about 9.30 am when they returned to the site. Again the protestors surrounded the fence and this time the police officer in charge spoke before there was physical contact. He then issued a request to the contractors, which had been forwarned on the notice issued, that because of “serious risk of disorder or conflict” they should “withdraw for the day”.

The contactors again departed, this time taking their cones with them, and were tailed by protestors until they were seen to be well on their way back over the Pennines to Manchester.