This is a short account of the build up to the European Social Forum in London. 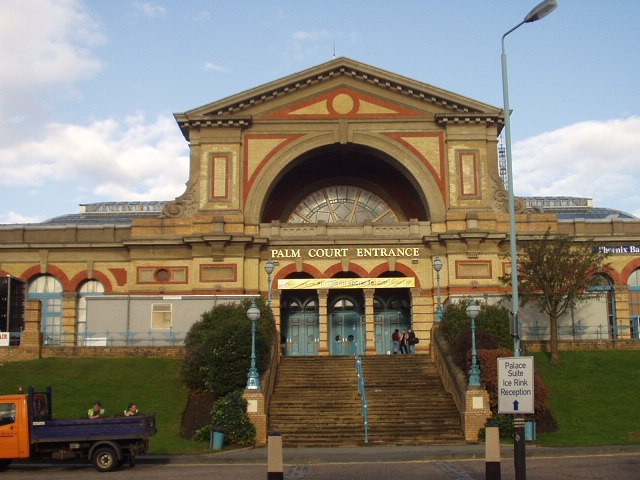 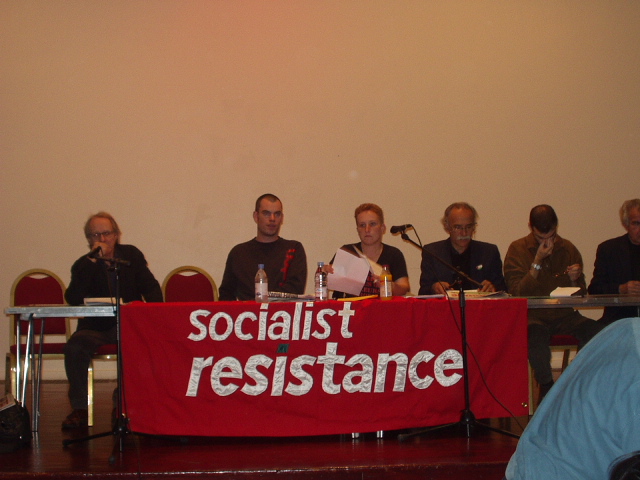 Film director Ken Loach seated left, next is Donnie Nicolson of the SSP.

The third European Social Forum starts today with workshops, forums and seminars at London’s Alexandra Palace. 30,000 people from all over the world are expected to attend to discuss alternatives to the neo-liberal doctrine of war and globalisation. The ESF will take place Friday 15th, Saturday 16th and Sunday 17th October and will finish with an anti-war march and rally at 1pm on Sunday afternoon starting at Russell Square and finishing at Trafalgar Square. On the same day there will be the million worker march in Washington DC, for more details see www.iacenter.org
Surprisingly for such a large event the mainstream media show little interest with a search of the BBC and Channel Four news websites showing no results. Thursday’s London Evening Standard had a small piece on page 2 by Ben Leapman headed `Protesters set to defy Canary Wharf ban ` referring to the injunction banning Globalise Resistance from the area.
Thursday saw several preliminary events including a pre-ESF rally by Socialist Resistance/Rouge at the Indian YMCA in Fitzroy Square at 7.30pm. Veteran film maker Ken Loach whose work includes `Cathy come home` and `My name is Joe` spoke of the disgrace of Scotland’s Dungavel detention centre where people who have committed no crime are locked up indefinitely. He said it was important not to lose the momentum and that we should all stick together. Other speakers included Donnie Nicolson of the SSP (Scottish Socialist Party) and Alain Krivine of France’s LCR (Ligur Communiste Revolutionairre).
Two photos are attached,
1/Alexandra Palace, North London.
2/Socialist Resistance/Rouge pre-ESF rally, Ken Loach is left, next is Donnie Nicloson.