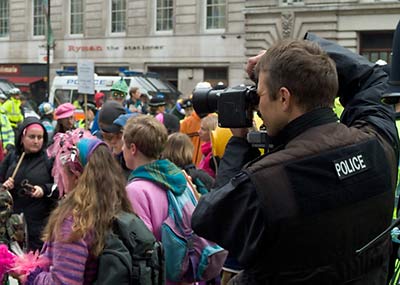 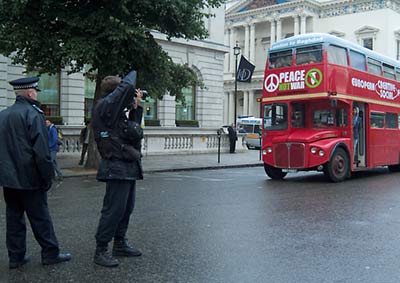 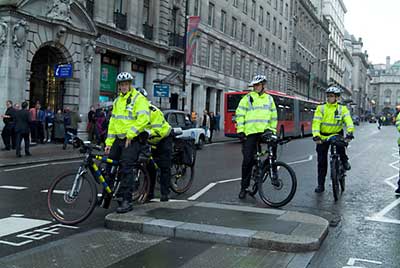 Police do their bit for global warming 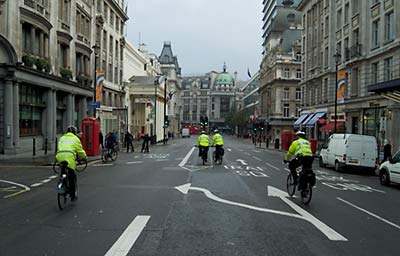 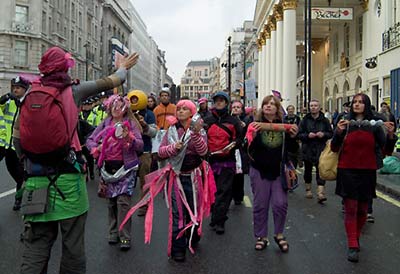 The reason Haymarkeet is empty! 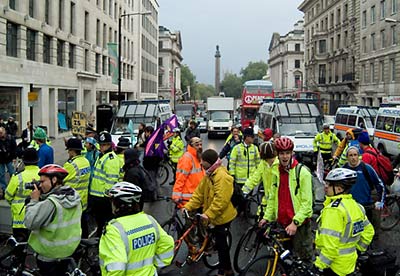 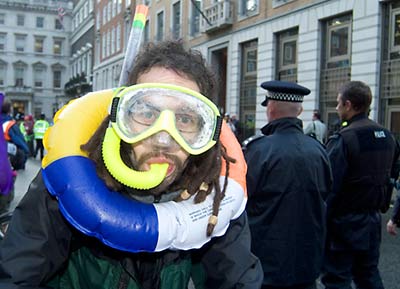 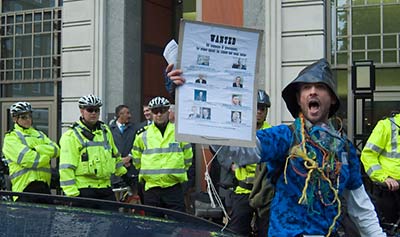 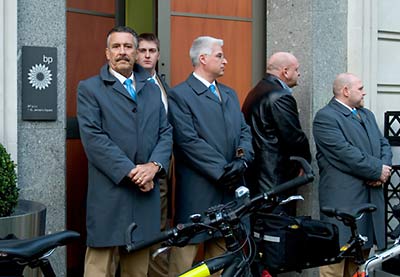 What you do when you leave the CIA? 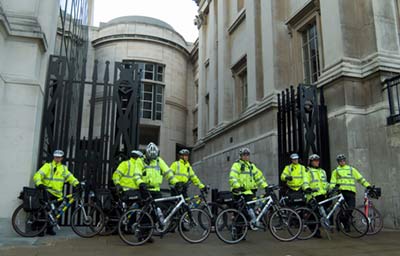 There was the usual regrettable police evidence photography of the assorted mermaids, snorkellers and sea monsters, but on the plus side it was good to see the majority of them doing their bit for the planet skipping about on bicycles.

Leaflets were distributed. A slack jawed American tourist declined his, explaining “Why worry, I’ll be dead before this all happens”.

Well, no loss there then.

BP’s offices in St James got a good fifteen minute chorus of drumming, whistles and catcalls, as did The National Portrait Gallery, the venue for BP’s Portrait Awards, facilitated at first by police guarding the wrong bit.

“We love art, artists, and indeed the people who work in this building” said a protestor.

“We just don’t think BP should try and disguise their crimes by pretending they’re nice guys”.