In a tremendous response to the Wombles call for a protest at the “official” ESF’s values, a coalition of demonstrators stole Ken Livingstone’s keynote delivery. 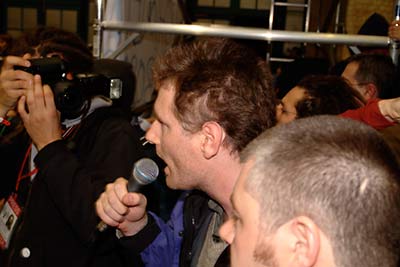 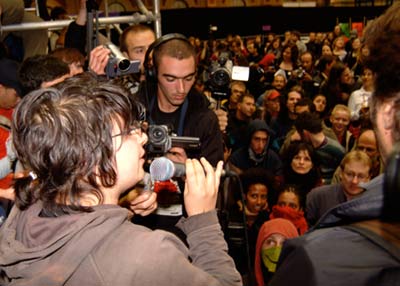 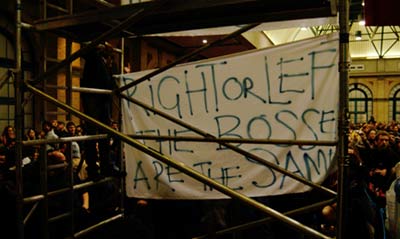 Say hello to the new boss... 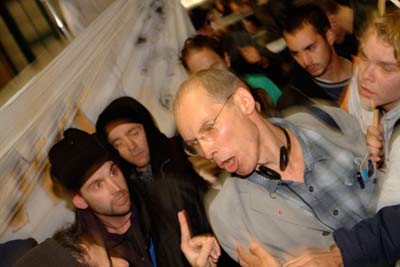 Some delegates disagreed with the intervention 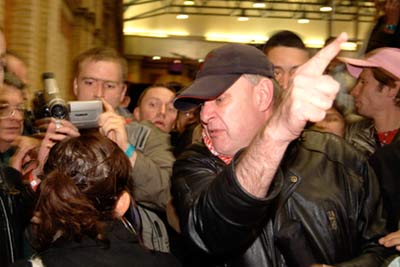 Some got very angry 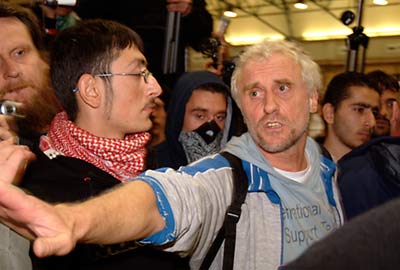 Attempts made to cool things down 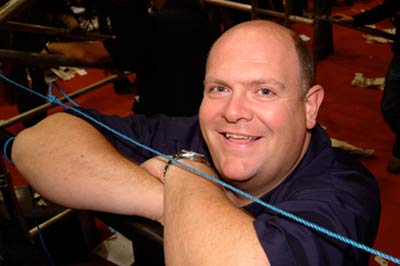 Security man who claims to have dismissed the police 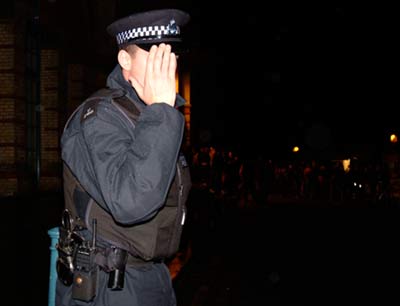 Shortly before 7pm the stage was invaded and a number of demands,including one that the ESF demand the truth behind the theft by the FBI of Indymedia’s server, were made by successive speakers.

Key speeches made the point that far from being a “democratic” and horizontal forum, it was in fact hijacked by Ken Livingstone who “bought the ESF with a £400,000 donation and the promise of free travel for delegates.”

And as ESF speakers talk on how to make the world a better place to live, the poor, who must pay a £30 entrance are, as ever, excluded..

Babel interpreters claimed many of their volunteers were refused entry to the UK by authorities, others claimed that the autonomous spaces and free accomodations - such as Ramparts - were constantly monitored, harrassed and photographed by police.

Reports are coming in that police are harrassing people as they leave the venue. On the positive side, when they came to break up the occupation, security staff told them they weren’t welcome, and claim to have signed a declaration that they had the matter under control.

There were no reported arrests or injuries involving police inside the hall.