If you ever wanted to know what’s put the knockers on revolution in England, you should have been in a storm drenched Trafalgar Square at half five on Sunday. 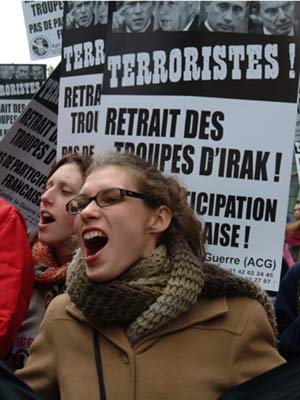 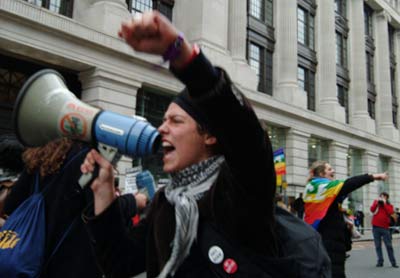 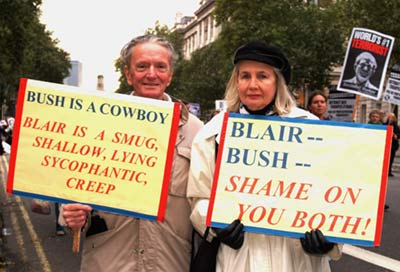 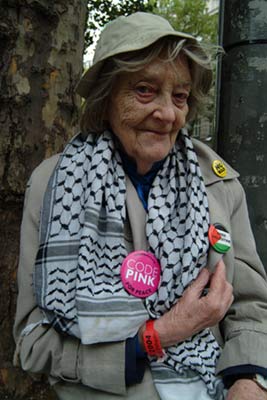 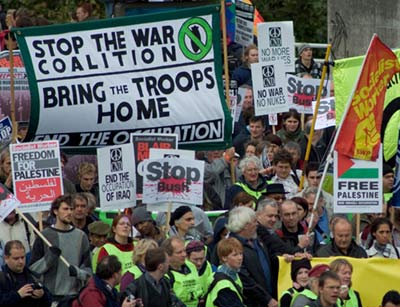 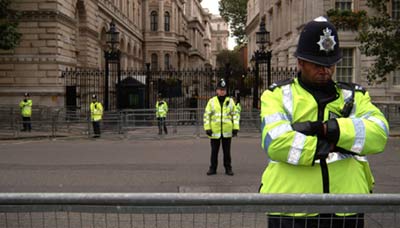 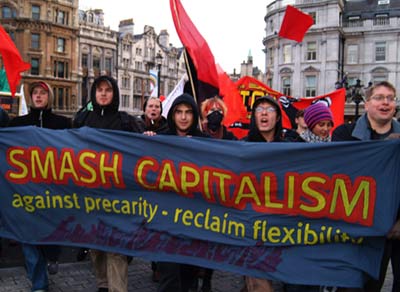 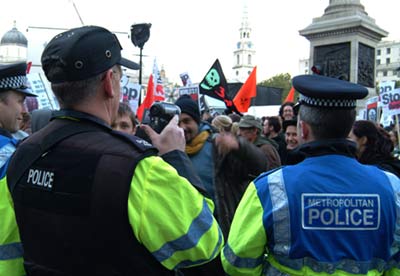 Forward Intelligence Team do their bit 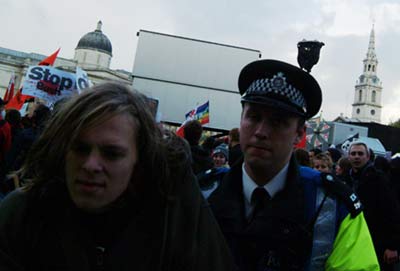 and after a bit of jostling one is led away 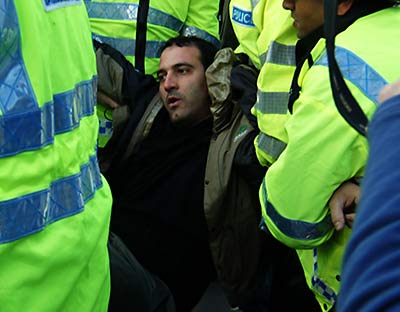 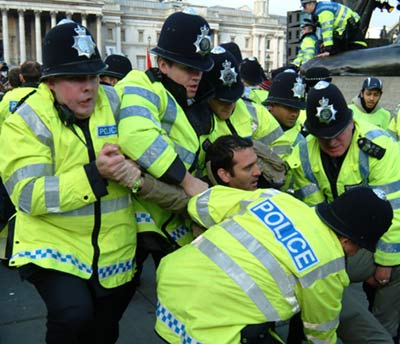 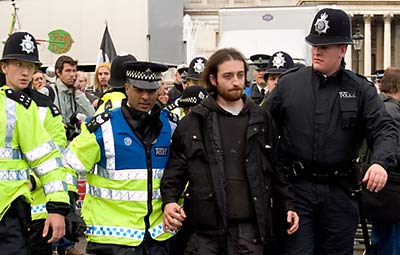 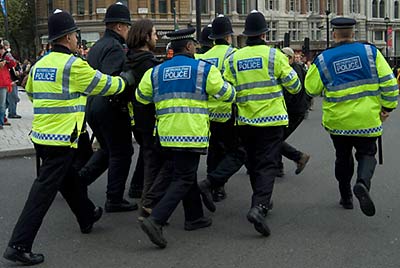 Massive provocation from the police, especially the hated Forward Intelligence Units (fast becoming the SPG of the twenty first century) led to running battles to the south of the Square. Italian and French activists - no strangers to winkling out the cobblestones - reacted promptly and fiercely to a number of arrests, including an indymedia reporter and member of the ESF co-ordinating committee.

An indymedia photographer was knocked to the ground - I myself was grabbed by a female officer and told to “piss off or be nicked”. When I later complained of assault I was told to shut up or be arrested - then it would be “reasonable force”. (I was photographing a violent arrest at the time).

Then came torrential rain. And everything ground to a halt.

The march left Russell Square at 2pm. I walked the route (stopping off for several photo ops) and arrived at 3pm. Maybe 10,000 people followed me in to Trafalgar Square.

I telephoned friends to see where they were. They hadn’t even reached Aldwych (less than a mile from the start) and it took them until 5pm to finish. Meanwhile groups of maybe a couple of thousand would arrive into the Square, followed by stragglers - implying it was all over.

Only after all the speakers were finished was the march freed up. At about 4.45 Whitehall erupted with people, probably enough to fill the Square on their own.

This was a clear attempt to diminish the importance of the demonstration.

This has been an enlightening four days. I don’t blame the individual policemen (well, some I do), but the fact remains that they must have been under orders to harrass protestors (mainly guests from abroad), surround and intimidate mermaids and squids (Rising Tide on Friday) and be generally inhospitable and aggressive to the indigenous population who elect their bosses and pay their wages.

Their ultimate boss is of course Blunkett.

How on earth did he evolve from Labour leader of the “Republic of Sheffield” to a Home Secretary even worse than Michael Howard?

And with that thought in mind, what about :

some photos i took