Pictures from the detention of the radical anti-capitalist block on Sunday, 17th of October, Kings Cross St.Pancras station. 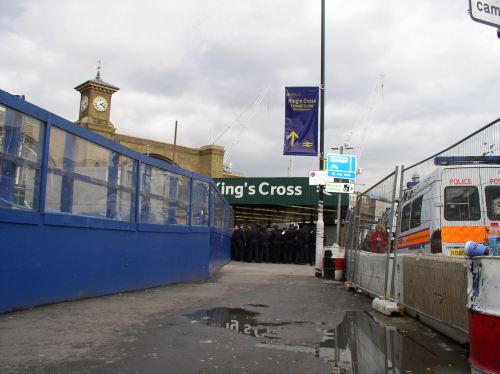 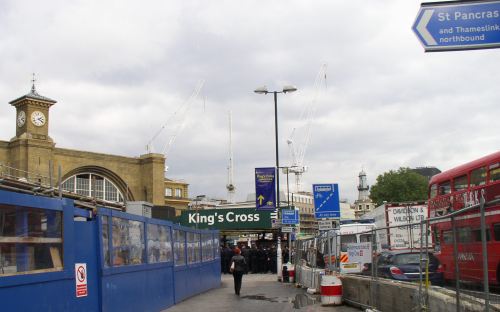 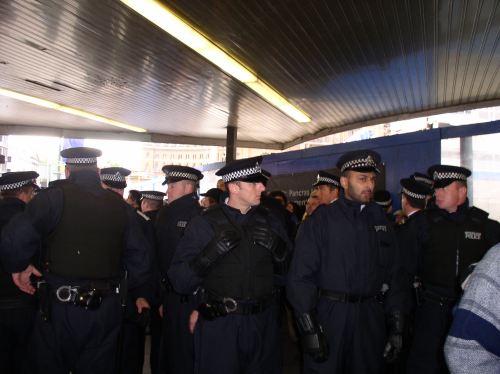 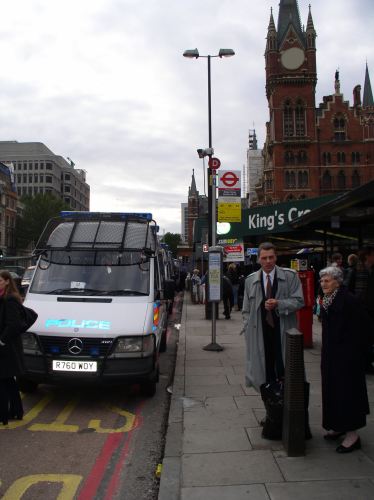 Whilst googling I came across this article from Weeekly Worker:

Well, this paragraph I found very interesting in it said:

"Police intimidation
A recent episode shows how contradictory Livingstone’s involvement in the ESF is. A (publicly advertised) meeting to plan the so-called autonomous space at the ESF was put under heavy police surveillance. Those attending the meeting, which took place in a squatted social centre in north London, were greeted by a dozen policemen who took their pictures and questioned them individually. “They were not just there because we were meeting in a squatted space,” reports Dave Jones from Indymedia. “They had never turned up there before and specifically came in time for the meeting, asking us what we would be discussing there.”

Now guess who is in charge of policing in London? Correct. While we can (hopefully) assume that Ken Livingstone did not himself order the surveillance of the meeting, he has political responsibility for the actions of the police. The recent meeting of the ESF coordinating committee therefore quite rightly took note of the police presence and called on Livingstone to condemn this tactic of intimidation. Even Livingstone’s hit squad in the shape of Socialist Action went along with this and Dominic Hurley (who represents the GLA at most ESF meetings) was commissioned to bring up the matter with the mayor and Lee Jasper, Livingstone’s adviser on policing. (Controversially, Lee Jasper has since been selected as an ESF plenary speaker at a heated meeting of the programme group - see below.)"

Well, I would really be interested if Lee Jasper is still Livingstone's adviser on policing?
If so, is he responsible for the repression and arrests of the activists dennouncing Ken Livingstons involvement of stage on Saturdays action at the ESF?
Is he then also responsible for the detention of the activists at Kings Cross with the aim of not letting them participate at the main demonstration?
And is he the one who initiated the arrests behind stage on the Sunday, too?
So could it be a direct revenge action including the abuse of his power?

How does advising the police go together with anti-rascism and anti-fascism, too, if that means that according to the BBC the instiutional racism of the police has been proved, and BNP and/or NF marches allowed in London?

well, guess better to remain anonymous before the repression hits me