Pictures of solidarity protest in front of US embassy, London, 12th of October,

Some pictures about the rally in front of the US embassy in London at the Pachamerican day 12th of october. Unfortunately was too late for the Zapatista support demonstration at the Mexican embassy, but here are the pictures of the Venezuela support rally at the US embassy the same day. 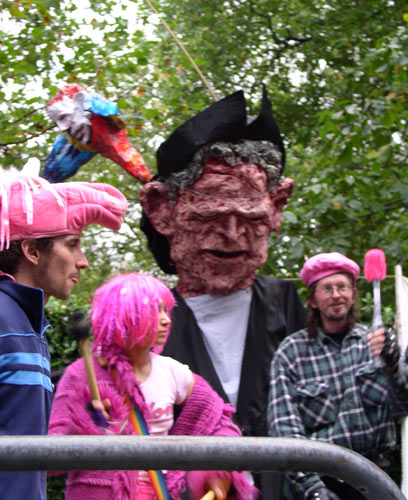 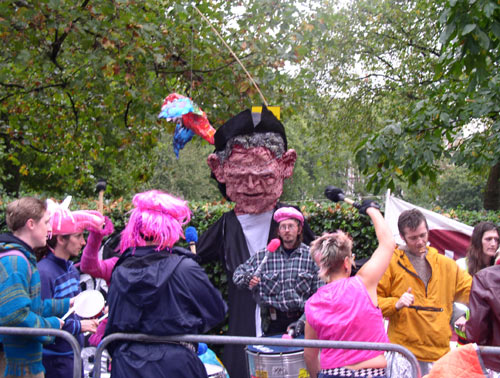 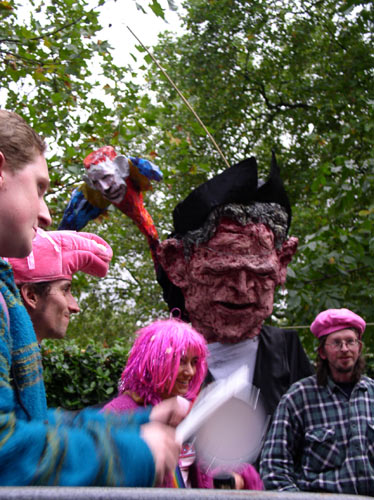 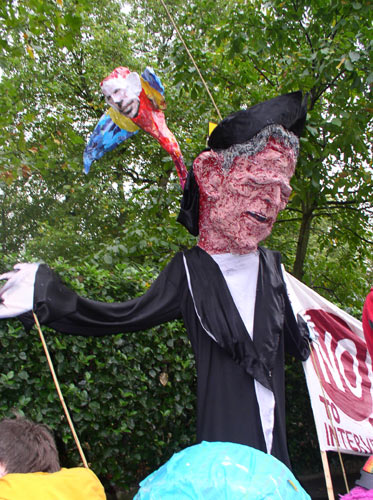 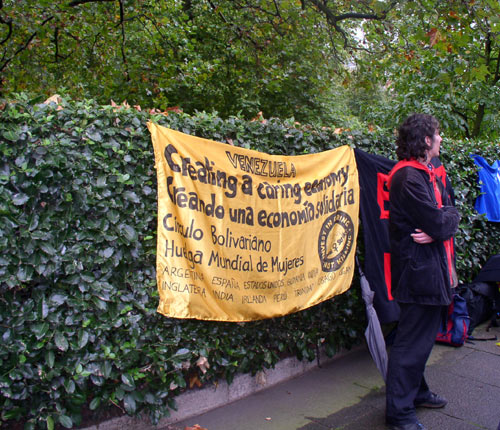 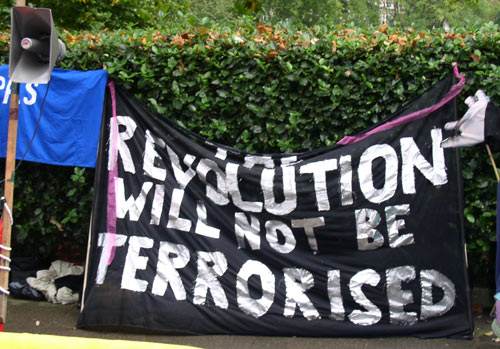 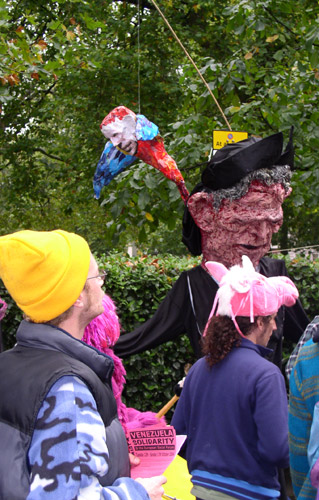 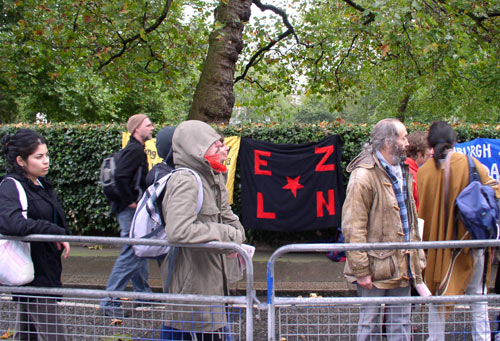 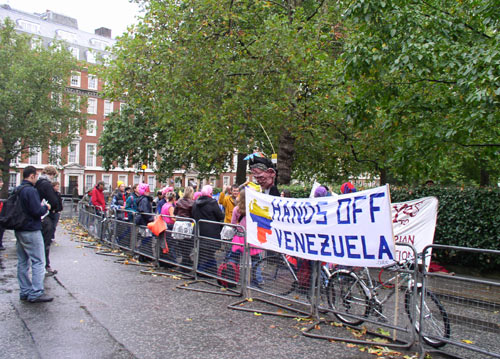 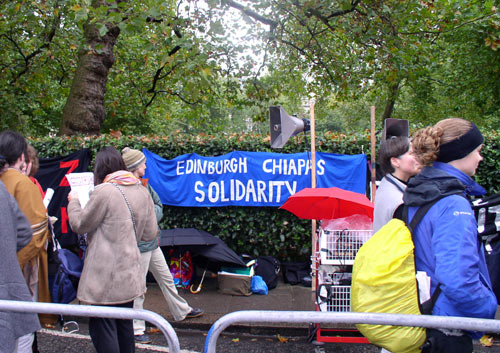 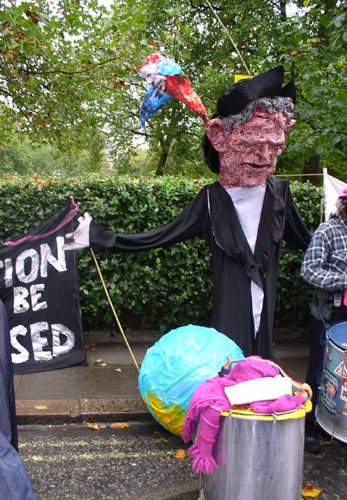 There were also a counterdemonstration against the venezuela solidarity with 2 people.
Also lots of SWP paper selllers (who invited them?) and lots of speeches, but also some samba by the s Samba band and about 2 pieces of music.