US Empire Votes For Pre-Emptive War!

Either that or the majority of the USA are simply barbarians who are prepared to kill, maim, mistreat and torture anyone who has the other two thirds of the oil and resources they need to maintain their status quo, greed, and ignorance towards the rest of the world including International law and human rights standards. 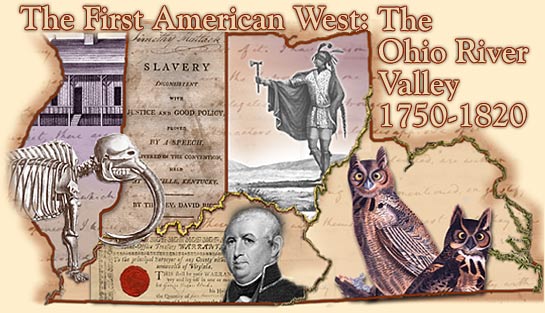 SENATOR JOHN KERRY ASKED GEORGE W BUSH TO TAKE A WALK,TO TAKE A WALK, JUST A LITTLE WALK, DOWN BESIDE WHERE THE WATERS FLOW, DOWN BY THE BANKS OF THE OLD OHIO.

United States President George Dubya Bushit has been re-elected, winning four more years to press his war on liberty after a bitter campaign against Democrat John Kerry that focused on the US empire's role as - imperialists - initiating pre-emptive war - on the sovereign nation of Iraq - without the United Nations approval and in direct contravention of International law.

Senator Kerry called Mr Bush to concede the country's first presidential contest since the devastating terror attacks three years ago after holding out for hours in the vain hope he could pull out a miracle win in the pivotal state of Ohio.

His gesture produced a relatively smooth denouement to a close contest that gave every sign of ending up like the 2000 debacle that went to the US Supreme Court before Mr Bush was declared the winner.

But this year Mr Bush won by a bigger margin, capturing a majority of the popular vote for the first time and spearheading a successful Republican drive to expand the party's control of both houses of Congress.

Mr Bush, 58, is to speak later on Wednesday but his chief of staff, Andrew Card, appeared before cheering supporters around dawn to proclaim his victory "a strong endorsement of President Bush by his fellow Americans".

After four tumultuous years at the country's helm, Mr Bush was sure to claim a mandate for his anti-liberty drive, controversial, lies, imperialism, pre-emptive strikes, war, torture and imprisonment in Iraq and around the world and a range of domestic policies from tax cuts to limits on stem-cell research.

The Republican's triumph came after eight months and a billion dollars of acrimonious campaigning that turned on Iraq and who could better keep the country living in fear and thinking it was safe as long as the smoking gun George Dubya Bushit had control of the media in the US empire?

Voters were said to have chosen between who could better keep the country safe from a repeat of the September 11 onslaught even though September 11 was bought on by ignorant US policy? To do that you have to have control of the media to be able to produce the propaganda that obviously has deluded mainstream America.

THEY HELD AN ELECTION AGAINST THEIR FEARS AND INTO DUBYA'S ARMS THE VOTERS PRESSED, SOME CRIED, "OH, GEORGE, DON`T MURDER ME, I`M NOT PREPEARED FOR ETERNITY."

Either that or the majority of the USA are simply barbarians who are prepared to kill, maim, mistreat and torture anyone who has the other two thirds of the oil and resources they need to maintain their status quo, greed, and ignorance towards the rest of the world including International law and human rights standards.

Exit polls showed Mr Bush's strategy of boosting his own leadership credentials as a "war president" bore fruit among the more than 110 million Americans who cast ballots.

Eighty-five percent of those who voted for the President said they did so because of his leadership skills and ability to deal with terrorism, according to the surveys cited in US newspapers?

Mr Bush won the popular vote 51-48 per cent with a 3.5 million-vote margin, a sweet reversal of 2000 when he lost the nationwide tally to Democrat Al Gore but took a decisive majority of electoral votes awarded in separate state contests.

The Republicans also scored big in the US Congress, poised to add up to four seats to the 51 they already controlled in the 100-member Senate.

Among the prominent Democrats to fall was leader Tom Daschle.

In the House of Representatives, Republicans were also set to add at least five seats to the 227 they held in the outgoing 435-member body.

The majority vindicated Mr Bush in the USA, but you can forget about the rest of the world because war criminals regardless of their followers are never ever vindicated for their war crimes against humanity. After a second four-year term in the White House when more and more people become directly affected in the USA history will judge the war criminals no doubt!

The majority also gave Bushit a leg up on his father, former president George HW Bushit, who lasted only one term.

The younger Mr Bush, a born-again murderer, had sought a mandate to complete what he said was unfinished work after September 11.

The devastating attacks a few months into his term turned Mr Bush into an avenging war criminal, spearheading a "with me or against me" drive against global liberty that sent US troops rumbling into Afghanistan and Iraq.

"If America shows any uncertainty or any weakness in this decade, the world will drift toward tragedy," he said in his signature line on the campaign trail. "This is not going to happen on my watch."

GEORGE STARTED HOME `TWEEN TWELVE AND ONE, HE CRIED, "MY GOD, I HAVE ONE? BUT KILLED THE ONLY COUNTRY SOME IN THE USA LOVED, BECAUSE SHE WOULD BE HIS BRIDE."

This line served him well in the battle against Senator Kerry, a decorated Vietnam war veteran he managed to paint as a weak-kneed waffler on defence and trump in the polls on the key question of national security even though Bushit himself had never been exposed to the horror of war first hand and therefore could not possibly fully understand the implications of his foreign policy especially on Iraq.

But Mr Bush will start a new chapter in his tenure at the White House dealing with a nation deeply divided over the Iraq war, which also alienated many US, allies abroad, and several other issues.

But for the second straight time, a US presidential election foundered, at least temporarily, on the archaic US system based on 538 electoral votes that are awarded in separate state contests.

The candidates and officials of both parties had been hoping to avoid a replay of the 2000 debacle, when Mr Bush won only after a 36-day legal battle over a recount in Florida.

In this election's end, the outcome came down to Ohio and its 20 electors. Two stations called the state for Mr Bush, one said it was to close to call and two others had no judgment.

The Kerry campaign refused to concede the state until Wednesday morning after considering the potential impact of thousands of Ohio's provisional ballots, which are kept aside while their validity is determined.

Consists of 15,000 pages of original historical material documenting the land, peoples, exploration, and transformation of the trans-Appalachian West from the mid-eighteenth to the early nineteenth century. The collection is drawn from the holdings of the University of Chicago Library and the Filson Historical Society of Louisville, Kentucky. Among the sources included are books, periodicals, newspapers, pamphlets, scientific publications, broadsides, letters, journals, legal documents, ledgers and other financial records, maps, physical artifacts, and pictorial images. The collection documents the travels of the first Europeans to enter the trans-Appalachian West, the maps tracing their explorations, their relations with Native Americans, and their theories about the region's mounds and other ancient earthworks. Naturalists and other scientists describe Western bird life and bones of prehistoric animals. Books and letters document the new settlers' migration and acquisition of land, navigation down the Ohio River, planting of crops, and trade in tobacco, horses, and whiskey. Leaders from Thomas Jefferson and James Madison to Isaac Shelby, William Henry Harrison, Aaron Burr, and James Wilkinson comment on politics and regional conspiracies. Documents also reveal the lives of trans-Appalachian African Americans, nearly all of them slaves; the position of women; and the roles of churches, schools, and other institutions.

Who's counting the dead in Fallujah? CARE?

The killing of 100,000 innocent men, women and children in Iraq to date should be enough for others who CARE. People not sure of the legality, validity and rational for their killing should understand the alleged demon Saddam Hussein wasn't worth the sacrifice of those innocent people. Does anyone CARE about this dead baby?

Joan Baez and No War