Activists break into US bomb store

Activists broke into US bomb store at Welford, UK, in protest at the iminent attacks on Iraq cities 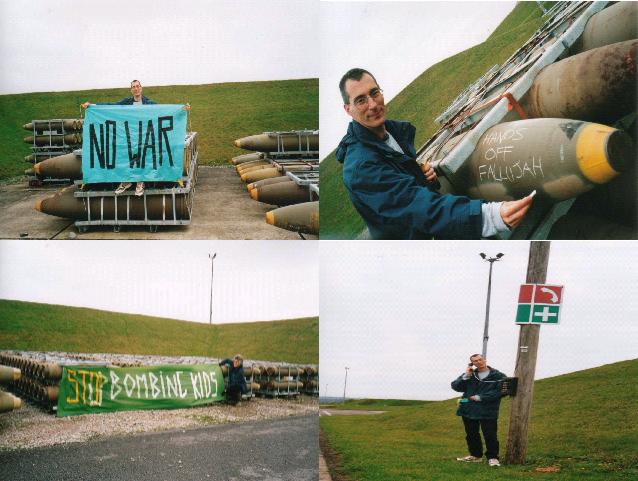 Activists also got inside RAF Welford in Berkshire, one of the largest bomb-stores in Europe, hanging banners saying "No War" and "Stop Bombing Kids" and chalking the words "Hands off Fallujah" on the munitions.