CROWD LOCKS ON AS POLICE BREAK UP WHITEHALL SIT IN.

In a clear signal that public patience is wearing thin, protesters today blockaded Whitehall after laying wreaths and flowers at London’s cenotaph. 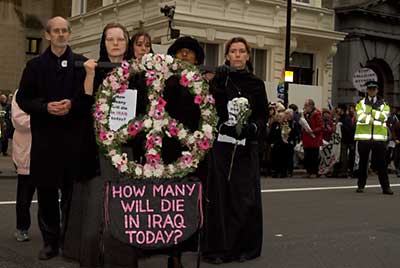 Code Pink lead the march to the Cenotaph 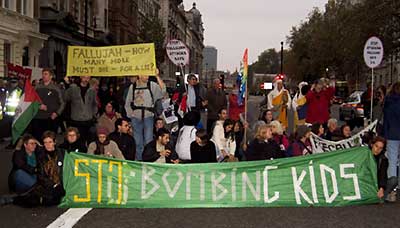 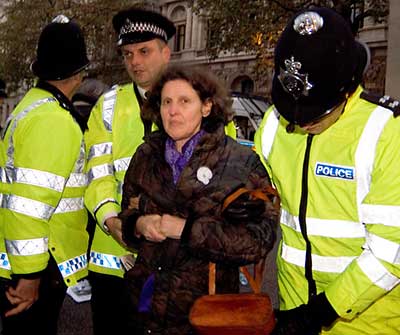 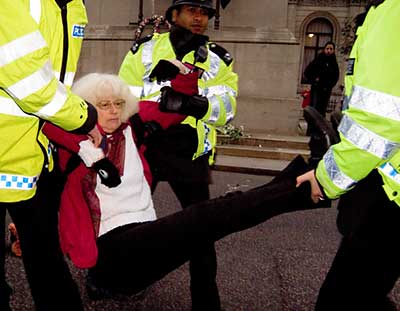 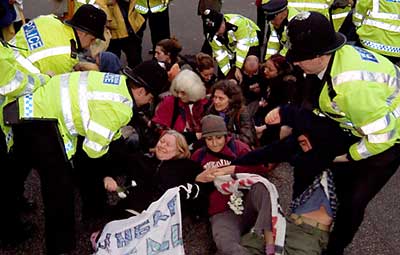 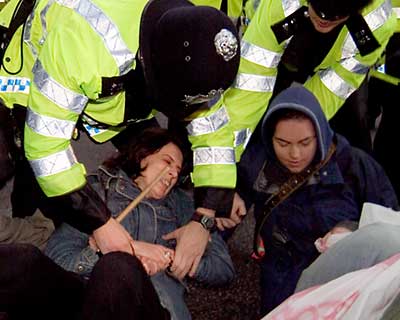 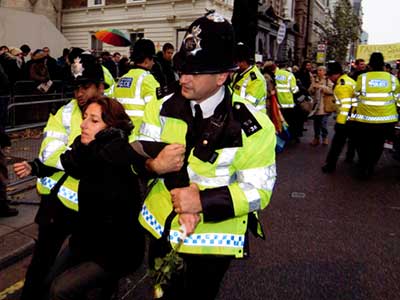 Lulled into a false confidence by the small numbers earlier in Parliament Square, police were caught out by the mass of people pushing across Whitehall to lay white flowers in remembrance of Iraq’s dead and soon-to-be dead.

As they tried to corral demonstrators into manageable groups, those returning from the Cenotaph formed ranks and sat down in the road. Confusion broke out amongst the police and by the time they realised what was happening the road was blocked.

As police re-formed and started to try to carry people away, the crowd formed squares and locked arms. Clearly non-violent action workshops are now making their mark in the leafy shires of England.

The action came as part of a peaceful protest in Parliament Square against imminent action in Fallujah.

Code Pink, Surrey’s street theatre ensemble made a stunning and sobering funeral cortege, ultimately leading the crowd down Whitehall. After the sit in, the demonstration moved to Downing Street where Baghdad correspondent Jo Wilding’s Letter to the Troops was read out to the crowd, after which a 2 minute silence was observed.