Six Activists from London and Brighton were on trial this week for obstructing the access road into EDO/MBM Technology, a factory producing bomb-release mechanisms and tank diagnostic systems for the US/UK and Lockheed Martin. Protesters planned to use the case as a platform to allow victims of attacks using similar equipment in Iraq and Palestine to give evidence in court, Brighton magistrates had other ideas 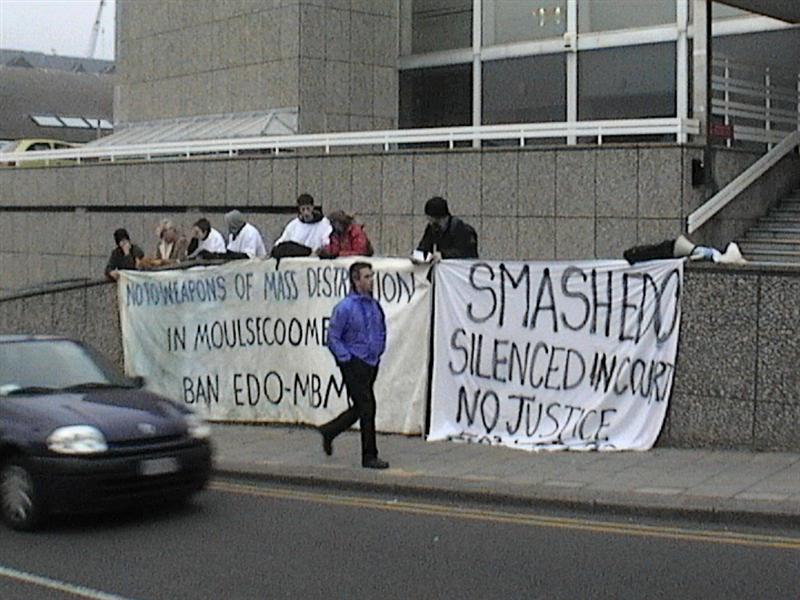 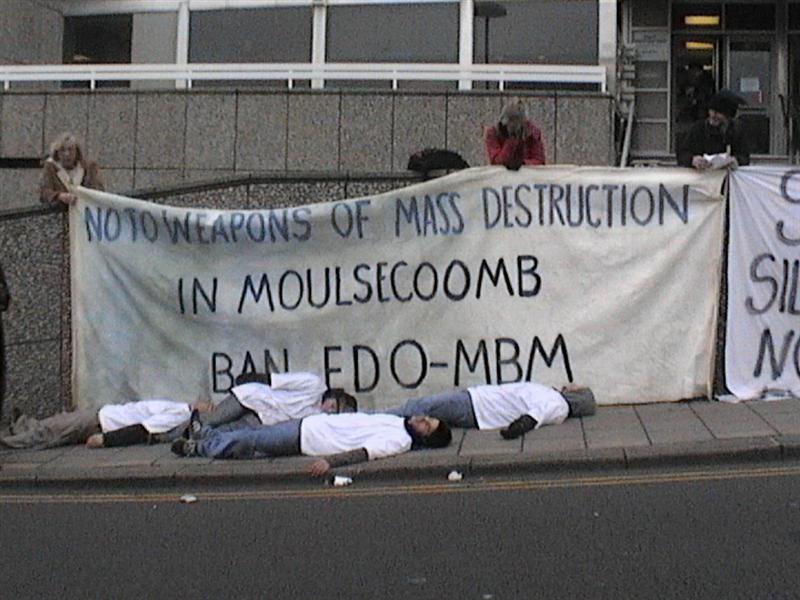 ...but still on the street 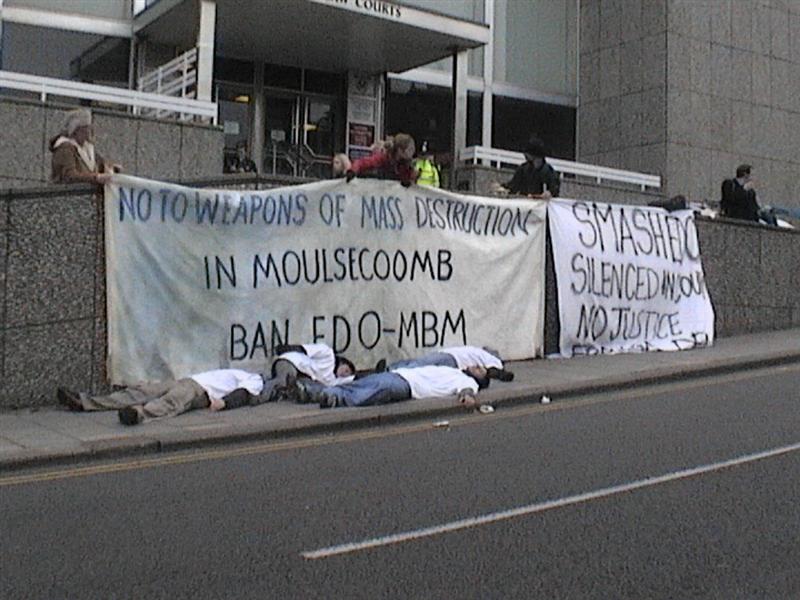 The district judge at Brighton Magistrates found evidence on the context and reasons for the action inadmissible and silenced activists trying to put forward this argument. Crucially the International Criminal Court Act 2001 was not presented as case law on time by defence solicitors - if this had been done wider arguments would have to have been taken into account - the moral of the story is don't trust your solicitor to be on top of a case, activists need to know exactly what is being presented on their behalf.

Due to witnesses being silenced activists were only able to make a case in their statements in mitigation. In mitigation the defendants gave eyewitness accounts of human rights abuses in Palestine by the Israeli army using equipment like that produced by EDO/MBM. The district judge repeatedly tried to silence the defendants but the trial ended with a call for the people of Brighton and Hove to push EDO/MBM out of their city through direct action.

Activists were fined a total of £1500 to be paid by the end of January, offers of help are much appreciated

Six activists are on trial in January on aggravated trespass charges for a rooftop occupation at the same time. They plan to use the ICC act 2001 to prove that EDO/MBM's business is unlawful

Today activists and their supporters returned to the court on what was to be the second day of a four day trial to protest about not having their case heard.
Banners were hung outside the court and several activists staged a die-in on the pavement for a few hours.Office workers in their lunch break were leafletted and the local press turned up to do interviews and take pics.
Join the campaign to shut down Brighton's arms dealers this Thursday at 3pm outside EDO/MBM's factory on Home Farm Road, Moulscoombe, just off the Lewes Road, 25 bus from Brighton town centre. There will be a noise protest to let management and the workers know their activity is unacceptable in Brighton or anywhere.
Activists are organising a Christmas party for the warmongers at EDO/MBM next Thursday 23/12 from 4pm.