the worth of petrol

the reason for the iraq war, and any war at large. 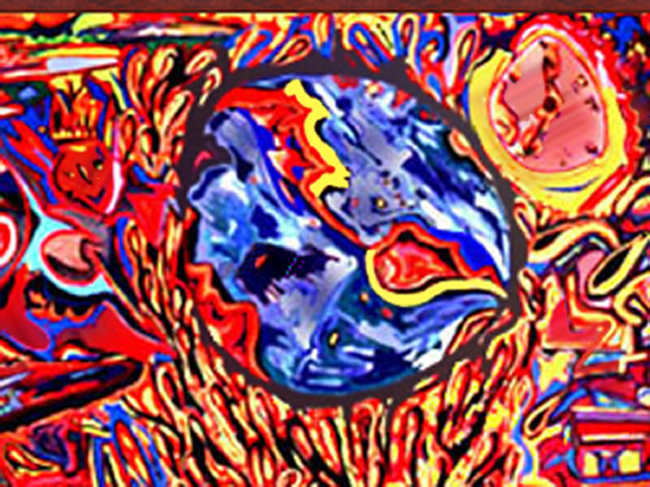 
In these coming decades, the black gold has displaced the yellow one, it is no longer how many billions of gold bars that a nation has in his national bank reserves that signify anything, but how many billions on petrol reserves you have. By this prediction Venezuela is in quite a good position, and its reserves are worth a lot more than the value of his currency, while nations that have a lot less oil reserves have a higher currency, in this case the US dollar therefore there is an outbalance in the distribution of wealth. As in our actual reality a dollar is worth 2. 000 Bolivar’s in this case you need, more Bolivar’s for a dollar than a dollar for a Bolivar. It should be the opposite as Venezuelan oil reserves are a lot larger than most nations in the planet. More an inverted realm prefabricated by the media which they call Wall Street, creating makes believe wealth, and confusing the mind.
A very elevated oil price will put the oil rich nations were they belong; Norway who will run out of oil in twenty years should not wait for that moment but change the fine-tune now and prevents for his own retirement, Russia, and every other nation that is a large oil producer in this planet.
Petrol is the most important item in the actual. Just a few dollars of higher oil price can upset the stability of the planet, one thing is a Microsoft world crash, but quite another is a total oil blockade to the west. Markets could eventually collapse, as nations can indeed slow dramatically. In fact this is the grand armada, not the USSS battlefield, the laser gun from space, or the supercomputer, but oil. Let’s see what Japan would become with a total oil blockade for a week.
This is why shooting Migs could really be dangerous to the world economy, the US army should learn how to play in this Global financial system, if you invade you create havoc and no prize-winning, as Viet Nam has shown, North Korea etch, latest IRAQ, spoils GRANADA.
Certainly more of the enemy die than US army soldiers so far, but they lost the war, which was the objective. In a civilized world reason should prevail, especially if you aim at a democratic realm, believing that American Weapons of Mass Destruction will defend the world is a folly, all they can do is destroy it. To win in this 21 century global theatre you better reflect. As the evolution of dimension of the species is compound. The progress in humankind is towards his well being not towards his destruction, he naturally repels death and everything that creates it. His symbiosis with nature evolves likewise, perceiving a larger spectrum of colours, communicating with nature and understanding it. The orange revolution, a sign from Mother Nature expression of grief to the excess of toxic waste industrial nations create, oil should go up to 120$ a barrel for starters, to help the worlds population understand how to respect nature.
The Bolivar should break away from his parity exchange with the dollar and create his own measure, as oil reserves are pricey than gold bullions on a bank.
By multiplying the number of oil reserves by the current oil prices, equated by the amount of oil sold, the balance of the price of oil will increase as the reserves decrease, meaning as you have less reserves the price increases, on the local currency value. The Bolivar increases versus the other currencies which do not have large oil reserves. More clearly the oil rich nations call the tune.
By this device hopefully the consumption of oil will diminish, poverty eventually, breathing cleaner air, and by living uncontaminated atmosphere we evolve towards understanding nature. Corruption eliminated, and exchanged for health and prosperity, happiness and a good life bias the benefits of the very high oil prices.
Once democratically that wealth shared amongst its population, with his unpolluted air nature wills lift the human’s intellect towards a larger spectrum, easing the pressure on the many human being and the surrounding living organisms. This synchronised existence point in time, with nature, can make you live longer as it expands your mind.
Alfredo Bremont