Windrush it seems have been naughty enough to facilitate the illegal plundering of Iraq by western corporations. 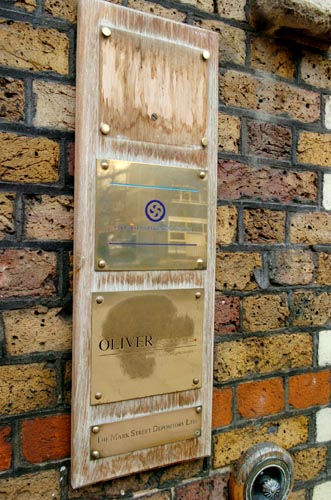 The missing sign...anyone would think they didnt want us to know where they are? 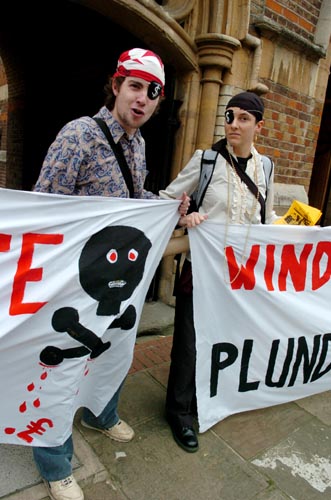 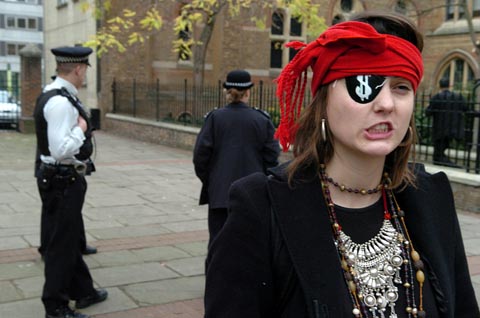 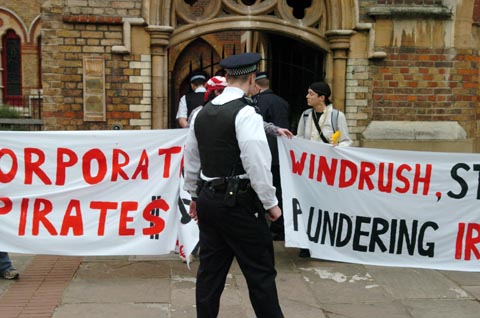 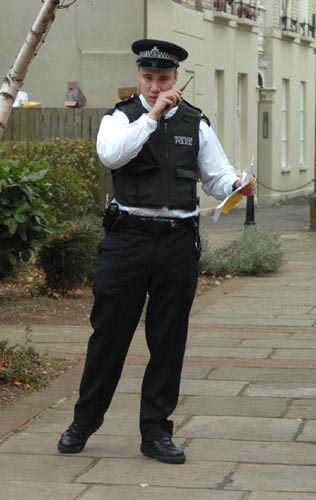 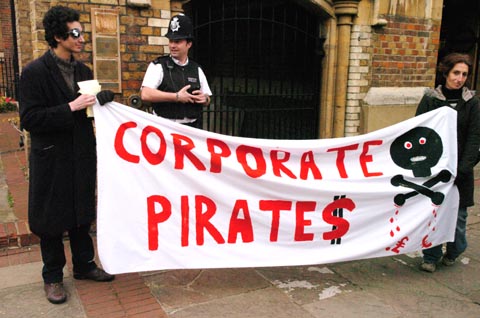 So your the leader then? 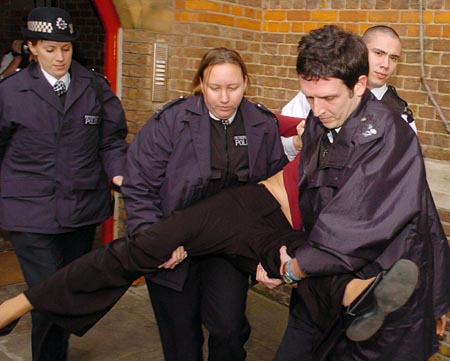 This constable is what our US colleagues describe as the 'stress position'. 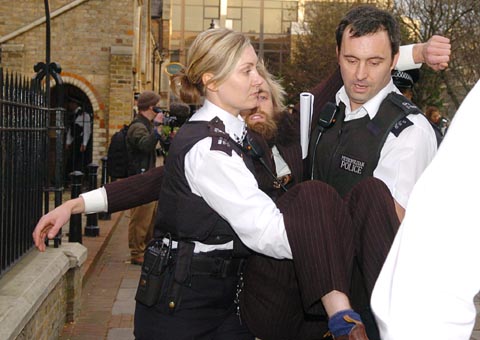 I am arresting you under section 2b of the 1907 illegal beard act. 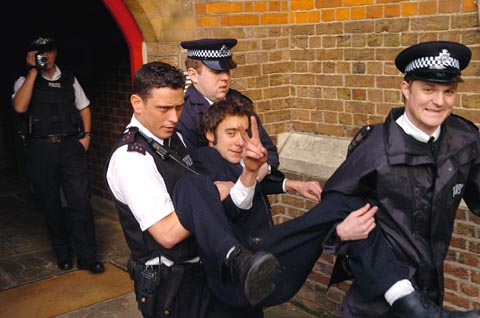 Dillon from Magic Roundabout gets lifted.

Some individuals dressed as Pirates and drew the public's attention to what Windrush are up to from the front of the building. Others decided to discuss the matter with Windrush staff in person. These demonstrators were then arrested by Police who clearly mistook them for Windrush staff who they were no doubt keen to question over their violation of articles 53 and 54 of the Geneva convention. We are confident that the Police have since realised their mistake released the demonstrators and returned to arrest the right people.