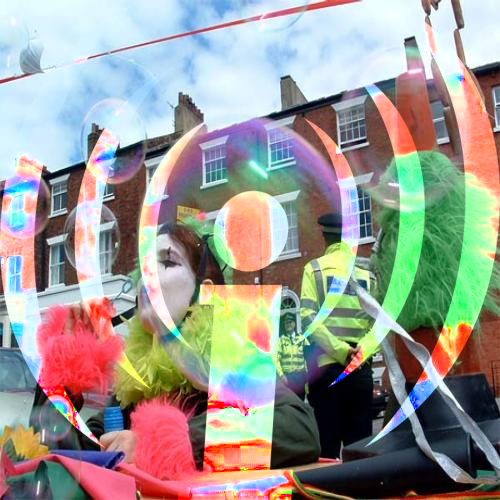 I am forwarding this letter just in case you have not received it.

Please send the reply to

this is the document we are bringing to Paris
Is there any Local social forum who is ready to support it as
people working in the space of the .....Social Forum
or..Somebody Somebody in his/her own capacity?
bye
mariangela

*
The British process to build for the ESF has been, from the
proposal to have it in London onwards, organized without an open,
democratic, inclusive process. Actually no link has been created with
the UK Local Social Forums and the very same groups which played a
prominent role in the process by organising mobilising committees for
the ESF did so also in the places where a LSF was working already. This
attitude has generated more problems and divisions in the movement in
Britain and, even if some people have been inspired by the ESF
experience to go on to join a Local Social Forum, we are registering a
lot of repercussions from what happened, with people pulling out from
the LSF and the movement in several different places.
*
The process is as important as the ESF in itself and we cannot
have a different world if we don't force ourselves to practise a
different way of working together, based not on self-appointed
representation but on a wider inclusive process in which all the
differences can express themselves and reclaim the right to participate.
In the British process most of the power was based on the monetary
resources organisations could bring in, which is far away from the world
we are claiming to want (i.e. one where money does not come first!).
*
The Assembly of movements: although the final document was built
more openly than before the calls for actions have to come from the work
of the networks and the assembly is the space for all to express the
work which has be done. The way the London Assembly was organized didn't
give the local social forum network the chance to comunicate their work.
We also want to point out that Stop the War Coalition in Britain has
called a rally for the 19th of March,the same day when the ‘central
demonstration in Brussels on 19 March against war, racism, and against a
neo-liberal Europe, against privatisation, against the Bolkestein
project and against the attacks on working time, for a Europe of rights
and solidarity between the peoples’ will take place. We support the
action in Brussels and we will work for that.
*
We support the call ‘to mobilise massively on the occasion of the
G8 summit in Scotland in July 2005’ and we suggest a contrasummit
organized by the ESF Network in order to present the alternative we are
working for.
*
We reject the criminalisation of part of the movement and we
denounce the absence of solidarity towards people who were held by the
police in an underground station and arrested during the demo. No demo
can carry on like that when some of us are in trouble only because they
wanted to communicate what happened. A lot of people were really upset
about the demo in itself because it didn’t express the ESF and the
diversity of the movement. No speakers were agreed for the demo so there
was no respect for the decisions taken.
*
It's crucial to learn from the mistakes of this ESF.
*
The way the ESF works is crucial. Less plenaries, which were just
stages for the well known politicians, could be an answer. Start from
big thematic or affinity assemblies and then split into working groups
in order to establish networks aiming to work on successful actions to
fight neoliberalism and build alternatives. Various documents have been
written already and ignored, but there is the chance and the time to
call for an open ‘How to build the next ESF’ debate.
*
The location and the space in the ESF has to respond to the needs
of the people. In Alexandra Palace the LSF network seminar couldn’t work
in the way which had been decided because the space couldn’t be used in
a different way but was only suitable for an old-fashioned
platform-based meeting.
*
The system of translation is important in supporting a different
kind of meeting. Babels can find the way to implement a different
approach using different methods. This is crucial for having translation
in the workshops. We cannot accept an English-speaking monoglot ESF any
more than we can support an English-dominated ESF: the days of Empire
are over!