The G8 summit will take place in the seaside resort Heiligendamm in Mecklenburg-Western Pomerania in Germany in 2007. 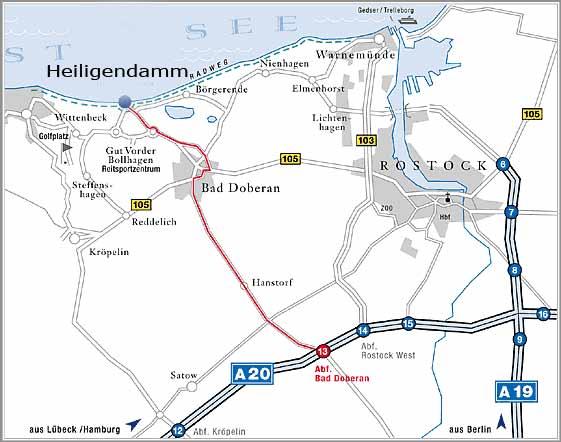 ..it is possible to swim to the village, too...

The SPD Minister of Mecklenburg-Western Pomerania, Harald Ringsdorff, is pleased to announce: The G8 summit will take place in Heiligendamm in 2007.

Of course the 250 people small village will thereby experience a boom in the tourism.
"Mecklenburg-Western Pomerania gets a huge chance to become internationally more well-known", said Ringstorff in Schwerin. The place is situated near the Hanseatic city Rostock.
In autumn, the Secretaries of Defense of Germany, France and Poland already met there.

The village was selected because of its isolated location and the good possibilities to block access to it; generally because of safety aspects.
The Federal Government apparantly fears that there will be a massive response to the desire that Mecklenburg-Western Pomerania becomes more well-known internationally..
The Federal Government apparently expects huge protests at the edge of the meeting of the eight largest industrial nations (G8).
In order to make itself roughly familiar already with the situation as a whole, a map of the area is enclosed.

The map is from the homepage of the "Grand Hotel" in the oldest German seaside resort. In the hotel the G8 summit will take place. The Kempinski chain had bought up a classic building complex in Heiligendamm in 1996, which includes the majority of the village and furnished a hotel and a congress center there.
The G8- summit will take place in Germany for the fifth time already, the last time 1999 in Cologne.