Below is an account of one of the CIPO-RFM assemblies. The assemblies are a process whereby the organisation defines its policies and works out its strategy for representing the interests of thousands of indigenous people across the state of Oaxaca. 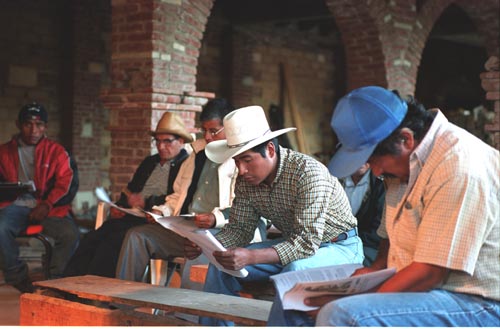 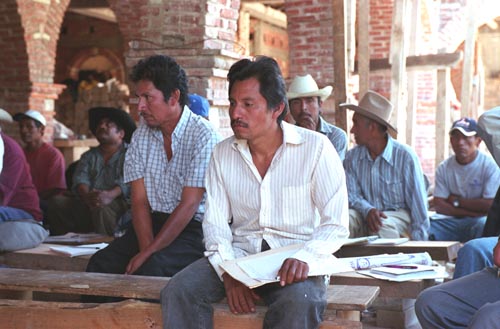 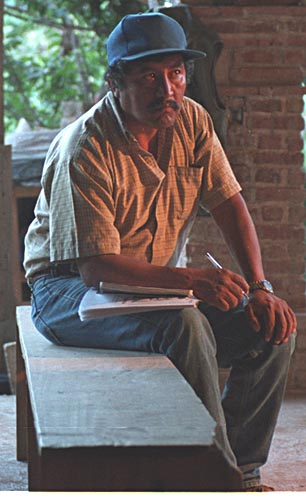 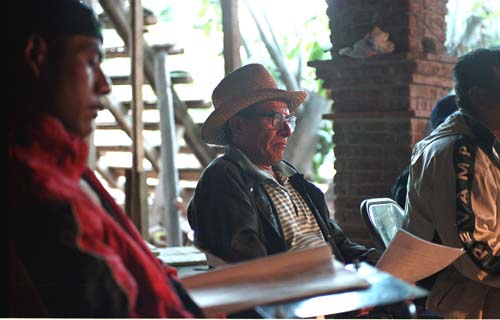 Before the assembly started the participants received a fanzine about the life and work of Ricardo Flores Magon, the person that inspired the line of the organisation.

Each delegate to the assembly is an elected representative of an indigenous community of Oaxaca. The main business was conducted in Spanish though many of the delegates often conferred with each other in their native indigenous languages. It was clear that many of the delegates were only fluent in Spanish we met one child and one old woman during our stay who did not speak any Spanish at all. One of the main achievements of CIPO-RFM is to unite many different communities despite the language barriers that they have to overcome.
At the start of the assembly the moderator presents the points for discussion.
These included: The protest camp, the legal situation for those imprisoned, the present state of resources within the organisation, the women’s cooperative, an ongoing evaluation of the organisation’s objectives what had been achieved and matters arising. Throughout the assembly which ran well into the night over two days the moderator always ensured that each representative had their say on each topic under discussion. Each representative from the communities gave an overview of their present situation and updates on current projects. One of the main problems they are facing is that of transport, Oaxaca is Geographically a very large area. So some communities find it difficult to supply volunteers for the ‘tequios’. A ‘tequio’ is a form of organising collective labour for the good of the organisation or the communities. For example schools, road building, staffing the protest camp and building the cultural centre all rely on ‘tequio’ labour.
It would be inappropriate to report in detail the exact topics under discussion or some of the agreements collectively reached. However for two days we witnessed the formation of policy and ideas in a totally transparent and democratic process. We could learn a lot from these people.

(the words and pictures above are subject to copy write but available for free to non profit organisations/publications/websites etc. To use contact: