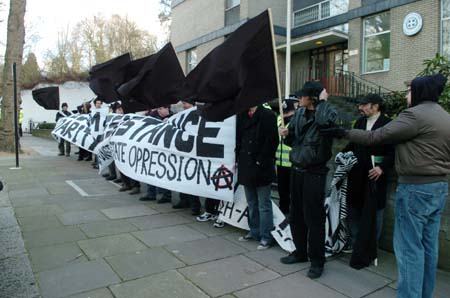 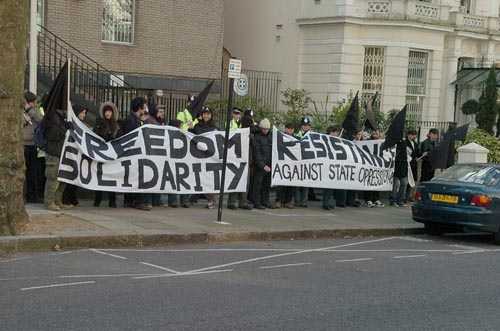 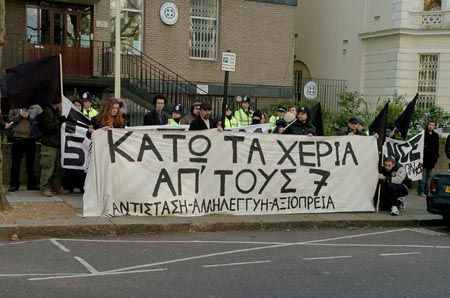 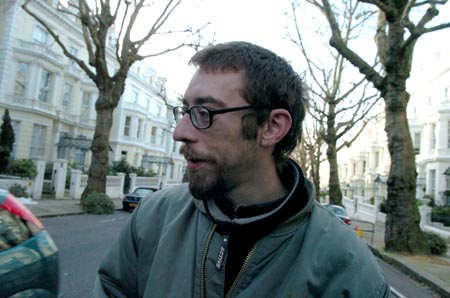 The awful truth. This is what Greek Prisons do to people! 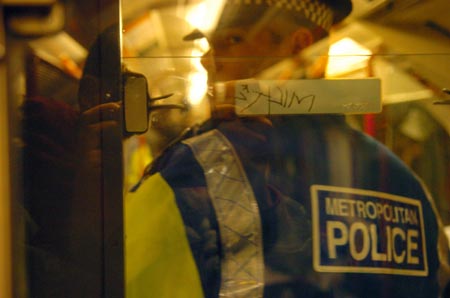 "scuse me guvnor, can you spare some change for some diesel?"

Dozens of activists held a picket of the Greek Embassy in London on Saturday in solidarity with seven individuals who are coming to court in Greece on the 13th of this month charged with offences in relation to the EU summitt demonstrations in 2003. Thessaloniki saw some of the worst repression of activists seen in Europe in recent years. Some of those imprisoned on trumped up charges were only released following a hungerstrike that could have killed them. The demonstration was peaceful and symbolic.

Finally, please spare a thought for the Forward Intelligence Team. It seems that the funding crisis in the MET police is now so bad that they could not afford to fuel their van to get home. Some of them were spotted boarding a tube at Holland park after jumping through the barriers without tickets. Rumours that CRASS are reforming to play a benefit for them are still unconfirmed.