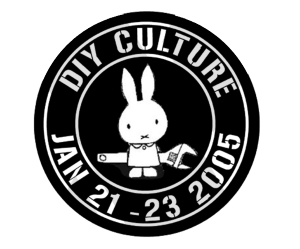 In-progress schedule, subject to alteration and change according to stuff and things (click links for more info)

The Nursery Social Centre is Brum's first autonomous social centre in an occupied ex-council Nursery which also includes a homeless project on it's upper floors. It was started in August 2004 and has successfully resisted three eviction attempts and forced the city council to reconsider it's decision to leave the building boarded up. The collective are negotiating to leave the building on the condition that it returns to social use before it's proposed demolition in 2006/7 to make way for the Selly Oak bypass part-funded by Sainsburys and a new PFI hospital. The collective have already hosted a diverse range of events, workshops and film screenings at the Nursery. They hope to continue this DiY generated autonomy in a new building/space in Birmingham in the very near future.