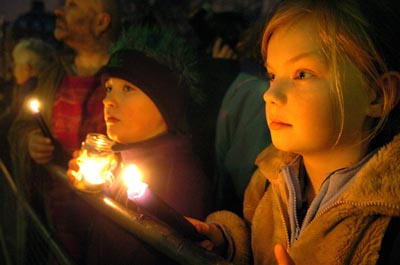 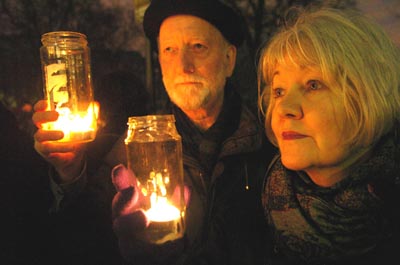 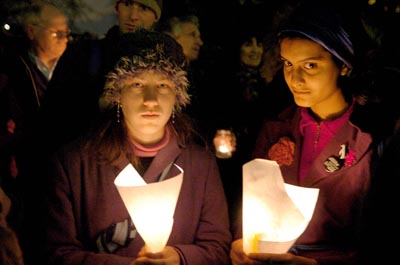 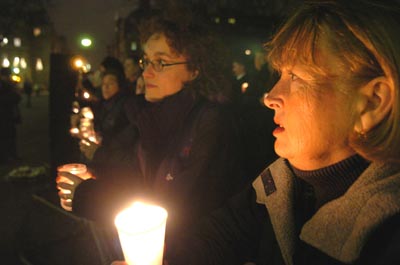 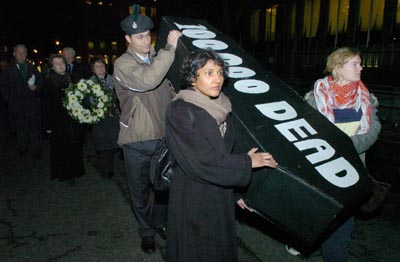 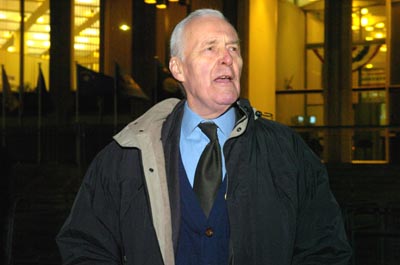 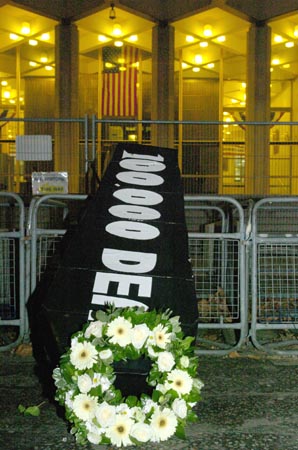 While Bush was being sworn in millions of people around the world were swearing at him and his neoconservative paymasters. In London the Stop the War Coalition organised a silent candlelit vigil at the US Embassy. 1 candle (100 in all) represented an estimated 1000 dead Iraq civilians in Bush/Blair's illegal and pointless war. At the end of the demo a coffin and wreath was laid at the entrance to the US embassy. One of the pallbearers was the TA soldier who has recently announced his refusal to go to Iraq. He is also setting up a support group for conscientous objectors in the armed forces. The demo finished with speeches from Bruce Kent (CND) and Tony Ben.