Eyewitness Report from Fallujah by an Iraqi Doctor - urgent

This came from Dr Salam T Ismael, General secretary, Doctors for Iraq Society, who has spent extensive periods of time in Fallujah where much of his tribe lives. Please read what he has to say 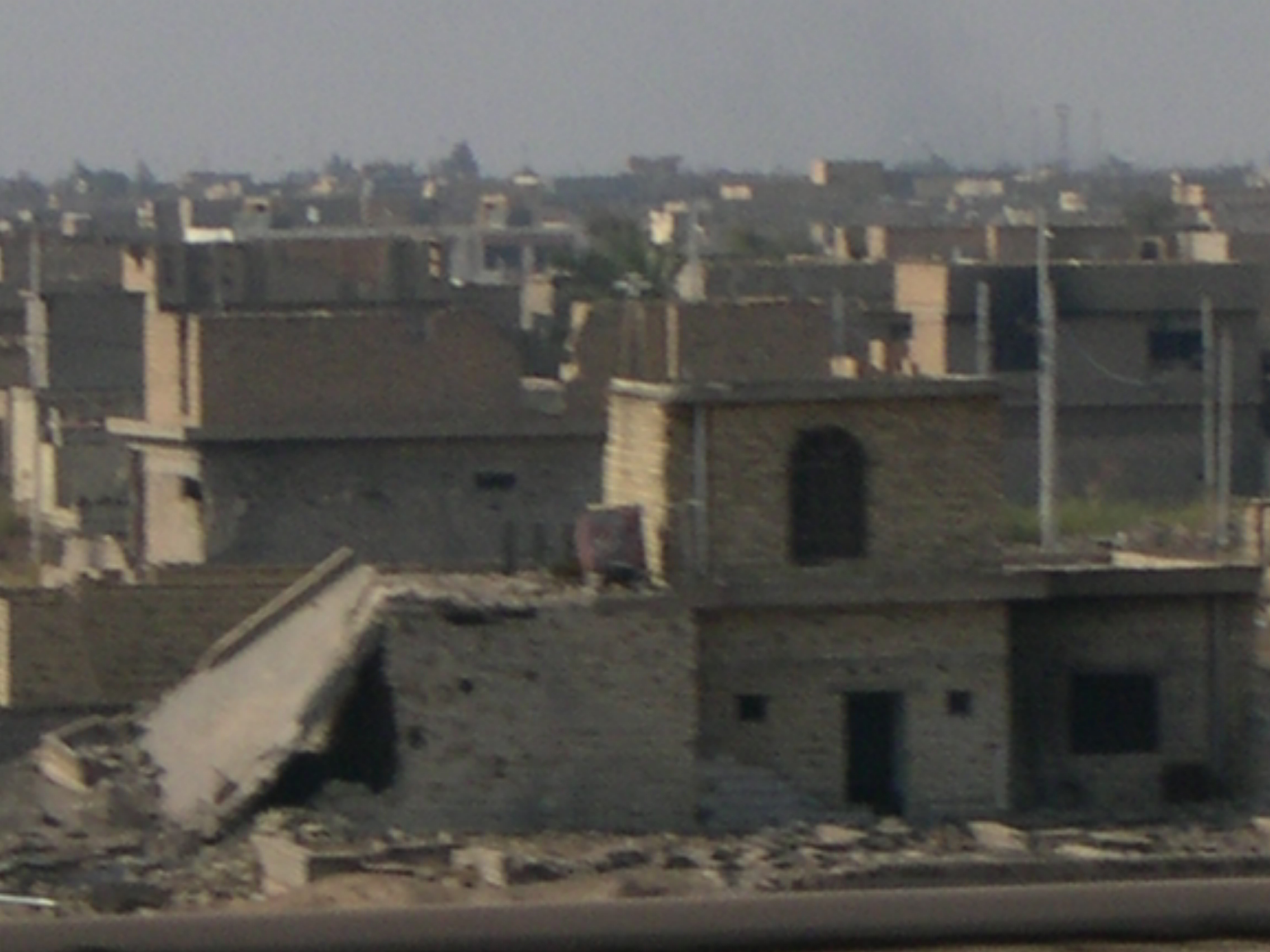 Pictures from the Road to Fallujah

During my way to Fallujah city... really I was so desperate to see on of my colleagues my brothers who stood with me under the fire in the last siege of Fallujah really they were my brothers I know them from the Ramadi Medical school ..And through years...Our relation became stronger. But I never forget the days of genocide in Fallujah in March we shared the food the water and the fear...

During my tour in the areas around Fallujah city to meet the refugee families and the orphans...I met by coincidence .My dear friend Dr. Amer Al-Ani. He is a junior doctor from Fallujah. He working now in Ramadi hospital because he get out from Fallujah before 1 day from the start of fighting there because he have to take care of his family and he is the only son .He entered the city many times

I asked him about the doctors who stayed inside the city during this siege. And about there suffering as a medical staffs and as a human beings

He answered "There were 2 types of doctors .1st type who were serving in the main Fallujah hospital which lies on the other bank of the river separated form the other part of the city by a bridge .and when the city had been siege he first part of the city had occupied is the hospital by the occupying American troops and they started isolating the hospital from the rest of the city and establishing check points on the bridge three in number and preventing any one to cross to the hospital wither he was sick or not they were only one senior of General surgery and one anesthetists and 3 junior doctors

The other type who were the doctors not serving in the hospital originally but they stayed as a volunteers and they worked in establishing the substitute medical clinics inside the city .and they worked in these clinics in order to provide minimal medical facilities for the patients under the fire ..and really they made a heroic role they were 2 radiology seniors, 4 junior doctors and one only one orthopedic surgeon .and these clinics which they worked in had been during the siege like Al Jumhuria Clinic, Al Julan Clinic, Nazal clinic, which had been destroyed completely and it was containing most of all the medical aid and the instruments that we received in the siege of March and in that bomb not only the clinic destroyed but we lost one of the doctors and about 10 patients .." "What a loss" he said with great anger... and our mail medical field clinic in Al Jumhuria district...Targeted by the American troops in there military operation 2 times with many bombs in spite of the Red Crescent flag on the roof of the clinic and in spit of the previous declaration about the sites of these clinics.

For example "what happened for the main clinic which bombed for the first time and the manager of that clinic Dr. Hashim Al Essawi phoned Dr. Saleh Al Essawi in Fallujah Hospital and told him to tell the Americans that this place in Al Jumhuria district is a medical field clinic .and Dr. Saleh did so. But, one day after that clinic targeted with 7 missiles ..." " are these our rights, do u think so?"

I asked him about the abuse of the medical staff rights inside Fallujah at the time of the siege and now? Dr. Amer answered " Well that what my colleagues told me and what I faced during my frequent entering inside the city

First of all preventing the medical teams from moving freely inside the city in order to evacuate the cadavers and the wounded people from the streets and the houses .and by this way the doctors where paralyzed, hopeless to move and help the people they were watching the patients bleeding in the streets till death."

Secondly, preventing and targeting the ambulances and there drivers. We have an example on of the drivers killed near Al-Hadra mosque when he was trying to help a wounded woman and her child.

Thirdly, attacking and targeting the doctors and the medical staff , especially beating the doctors hardly , arresting and insulting them One of the sad stories that I told and documented by Dr. Saleh Al-Essawi regarding a crime done by the hands of the American occupying troops He mentioned that when they entered Fallujah Hospital they started smashing and destroying all the furniture and the medical equipments inside with a barbaric way... All the Anesthesia trolleys, ECG monitors etc... And then they asked about all the doctors inside the hospital to be in one room and when they

Have been told that they were doing an operation in the theatre room. They rushed inside the theatre room with there shoes and guns and they arrest the 2 doctors who were doing the operation while the patient on the table .and despite all there explanation to them .they arrest the doctors and they left the patient dieing." And Dr. Amer pass into a period of silence and this crime documented and Dr. Saleh Al-Essawi was a witness on that.

Dr. Amer "What is the health situation inside the city is it suitable for them to return back to there houses and settle down again in then city?" Dr. Amer answered" well regarding the health situation inside the city there are no health centers inside the city apart from the general hospital on the other bank of the city and there are 3 check points on ..And you can not pass through by car ( even an ambulance car ) you have to walk and I saw by my self an old man carried by his sons from his hands and arms to carry him through the bridge because the Americans refused the car which was carrying the old man to pass over the bridge another issue , because of the bodies in the streets or berried improperly in the gardens or inside houses made it easy to infectious diseases to spread . On the other hand there is no enough medical staff...Medication and antibiotics.

"Dr. Amer how many people have been killed in the last assault on Fallujah ...in the estimation of doctors?" Dr. Amer "well, no one of us can estimate the total number of killed people. for example we collect until now from few quarters 481 cadaver in the potato refrigerators in Fallujah not berried yet , you can imagine not berried yet added to that a lot of bodies berried inside the houses and the gardens improperly ..in the garden in front of my house I found 3 bodies, in addition the American troops they made a mass graves for many bodies to hide there crimes."

Dr. Amer, We heard about the usage of illegal weapons by the American troops like Napalm (Burning agents), chemical weapons etc... Is that right?"

Regarding what I saw and heard from my colleagues who stayed more...That there were usages of Napalm bombs. And that I saw its effect on the bodies I saw.. Completely extremely burned bodies and that what the other doctors notice and we will supply you with pictures. On the other hand using chemical weapons I am not so sure and as you know that need more delicate investigation". "The seen of the burned bodies was horrific, believe me Dr. Salam" He said to me.

Dr. Amer can I ask you what happened to your house " What happened to my house ? " it destroyed , all my memories finished there !" Dr. Amer said , He continued all the furniture destroyed my brother had some goods inside the house looted they even shot the refrigerator ,freezer and the television and they smashed the cupboards , all our pictures have been torn on the ground " "they want to make us forgetting our history " .. But they will never do .