26-01-2005 16:28 This post will be udpated as we get more info. A few minutes after 16:00 in the Krakow main square, the protests against the visits to Auschwitz by the national leaders responsible for war crimes against humanity (especially against hangman of Chechenya Vladimir Putin) started. For a dozen or so minutes there has been a speech by representatives of the Free Caucasus Committee (Komitetu Wolny Kaukaz) and Polish Anarchist Federation. 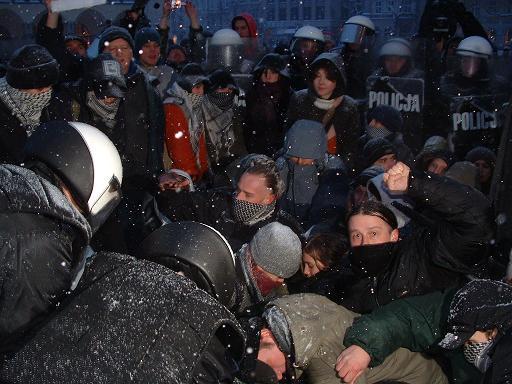 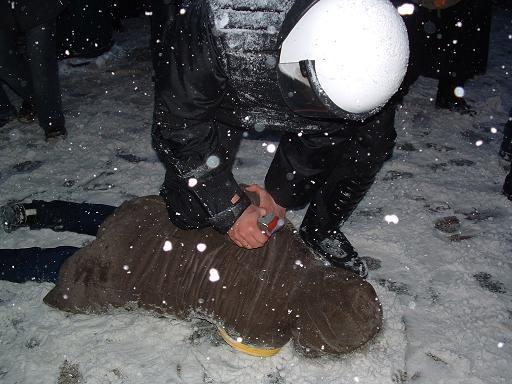 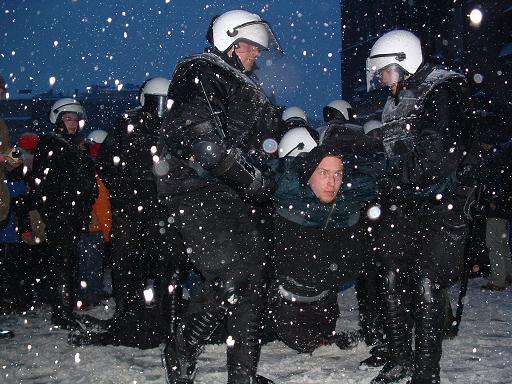 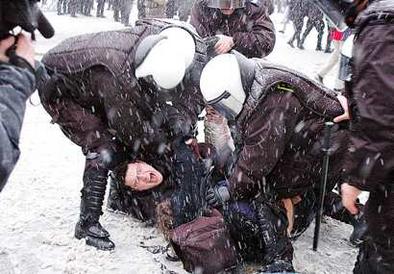 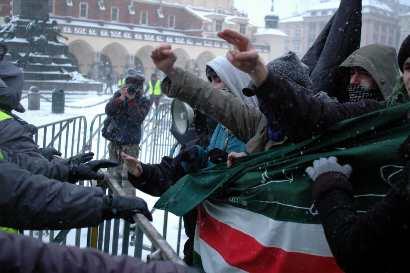 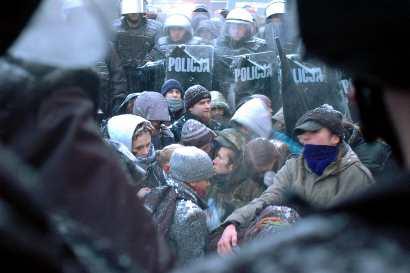 emonstrators significantly outnumbered by the forces "of order". Around the speakers there are about 100 people. Around the groups of people from various cities, who were able to make it to the demonstration from Mariacki Church shouting pro-chechnya slogans are being hassled by about 50 fully armed police. Nobody is able to get out of the trap. Two people were "pacified" - police pulled one person from the group being hassled, they hit his fingers and put him in a car. The second person was unarrested by the rest of the group.

The "free" demonstrators are yelling "rząd na front" - "Send the government to the front!"

16.40 Police used brutal force against the peaceful protest. There are witnesses to police beating up 5 people.

16.50 Two more people detained. Police said there was an offence made against the head of the Russian State. People were being taken to the komisariat at ul. Siemiradzkiego.

17.47 People detained by police have been thrown into a puddle of water and so now have wet clothes. People have been kicked in the genitals and have had their hair (dreadlocks) pulled by police. Police threw two women to the ground and put their knees on the women's backs.