defence of freedom to protest in parliament square tonight - pics

under the guise of the 'serious organised crime and police bill', we are losing our right to protest outside parliamentary buildings in the vicinity of parliament, whitehall, and buckingham palace. as the bill was debated this afternoon and evening, protestors gathered in the square to protest against this law, which would make brian haw's long-running peace protest opposite parliament illegal. 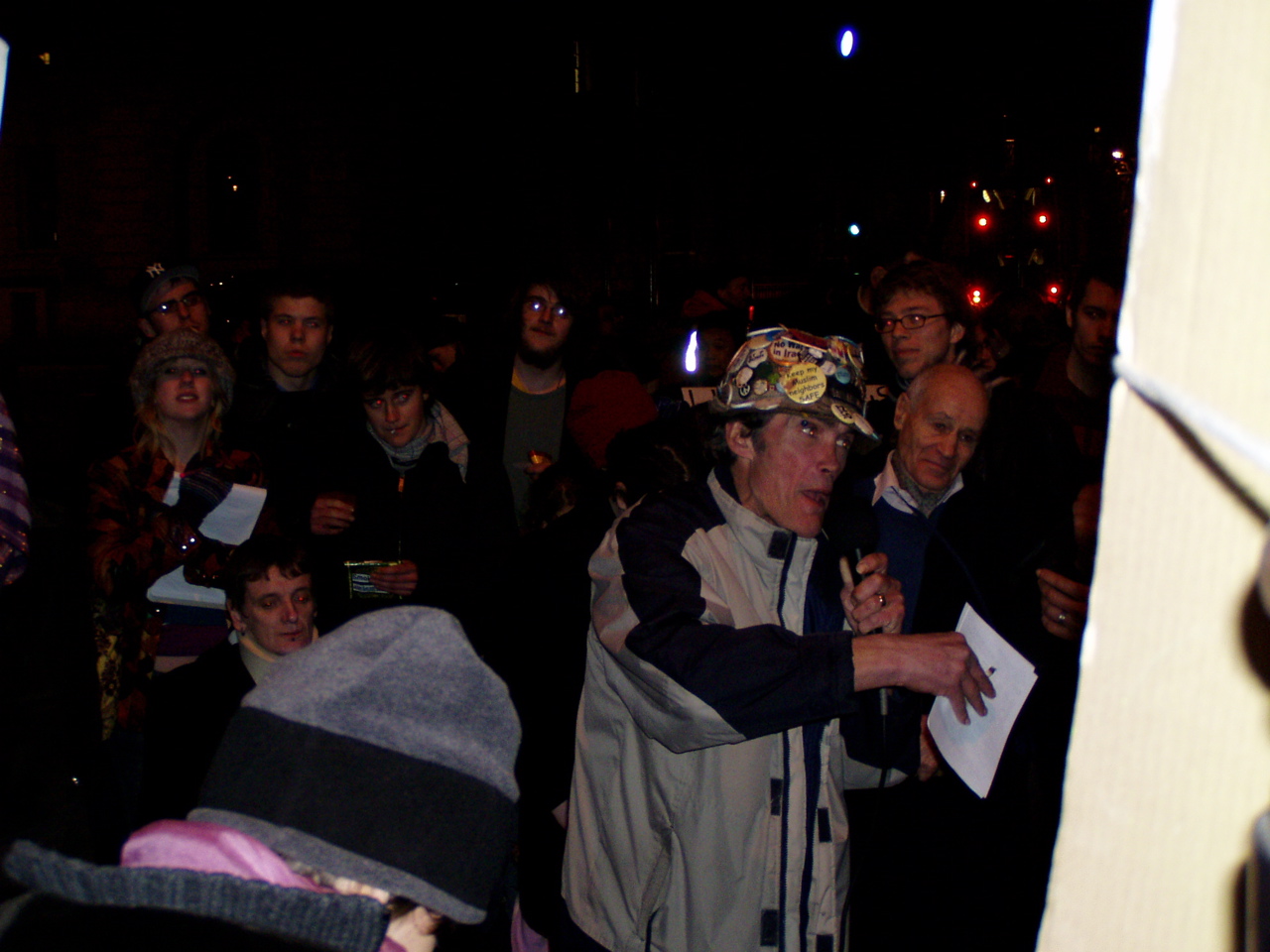 brian haw speaking at the protest 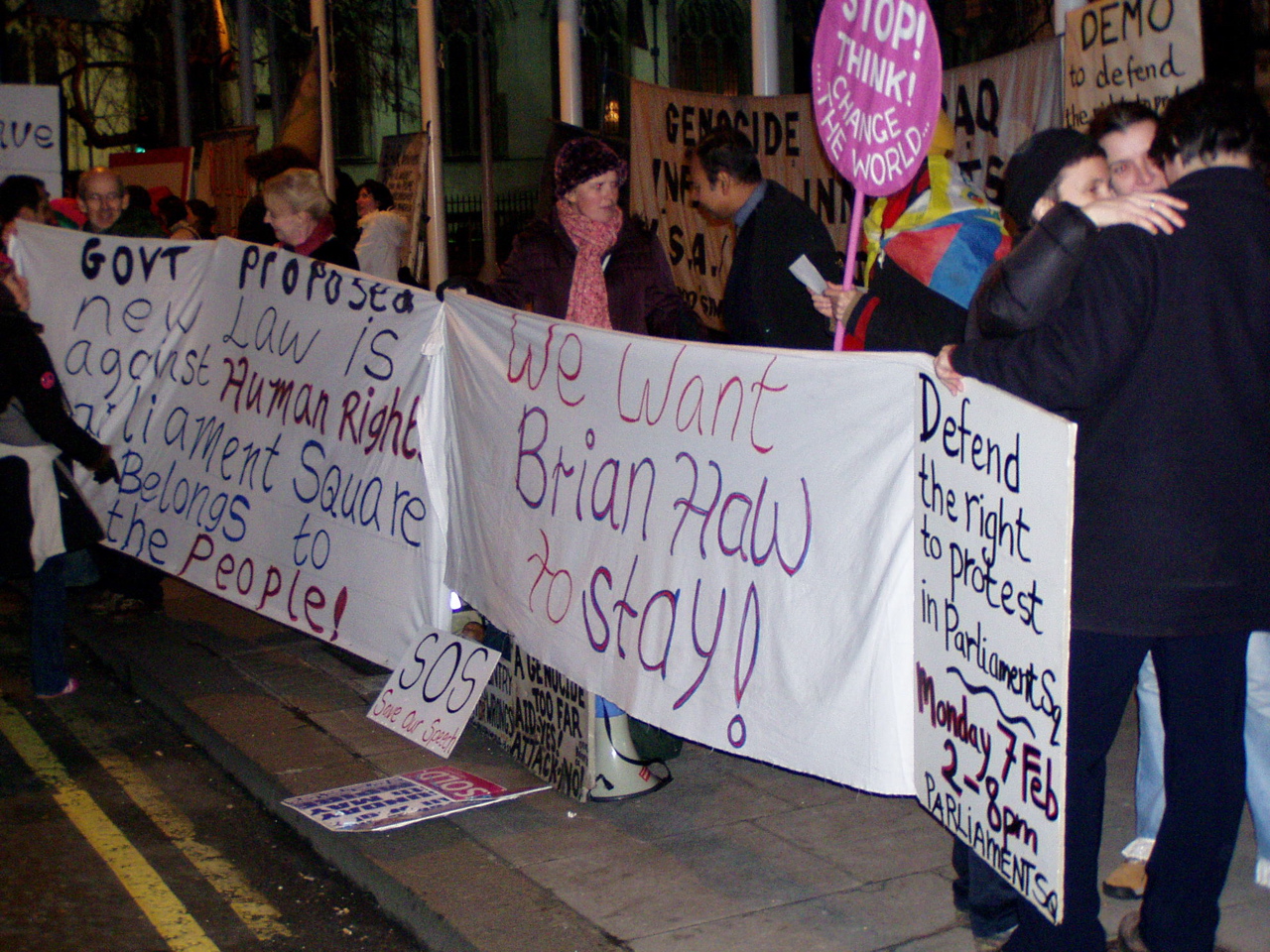 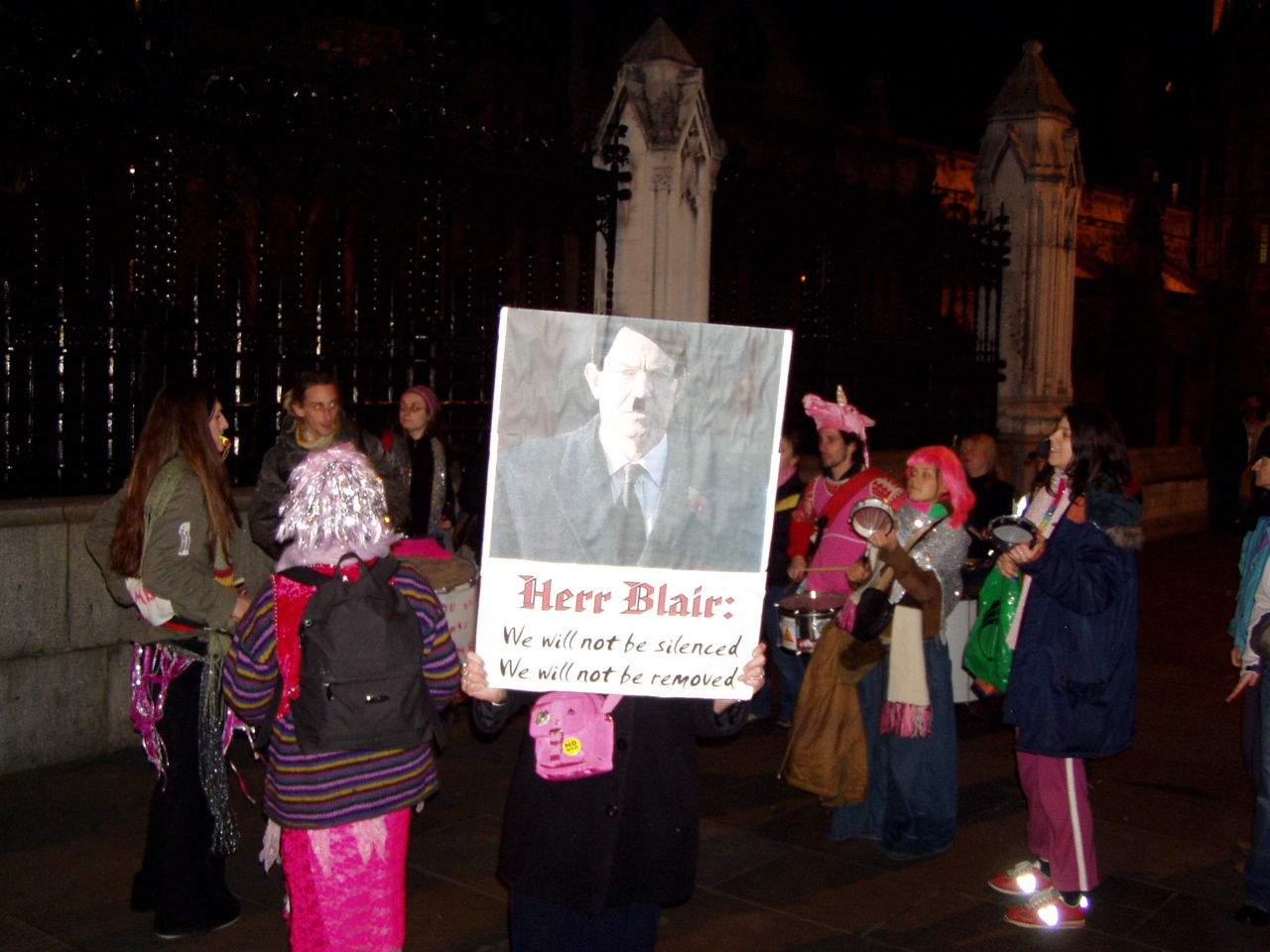 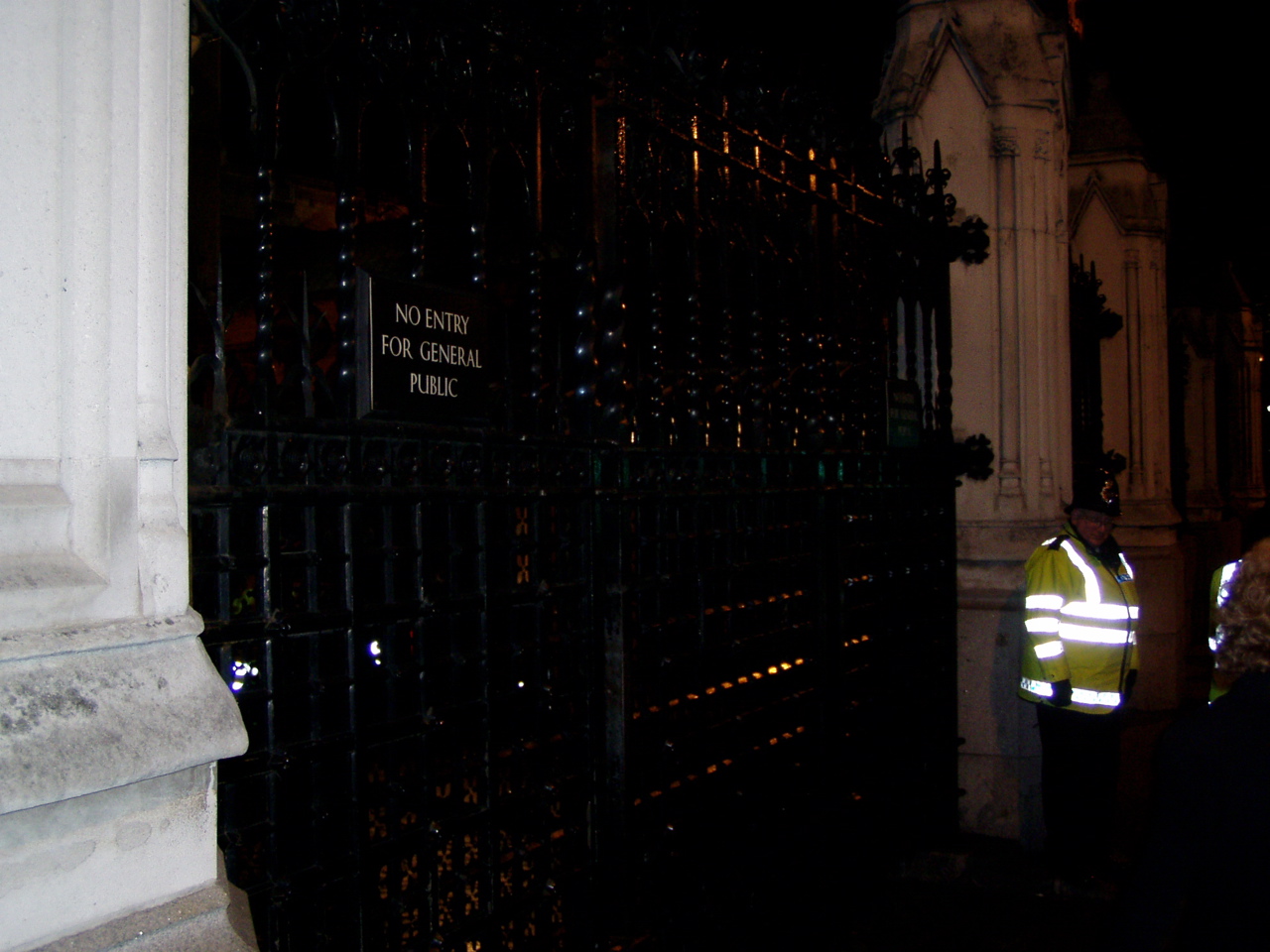 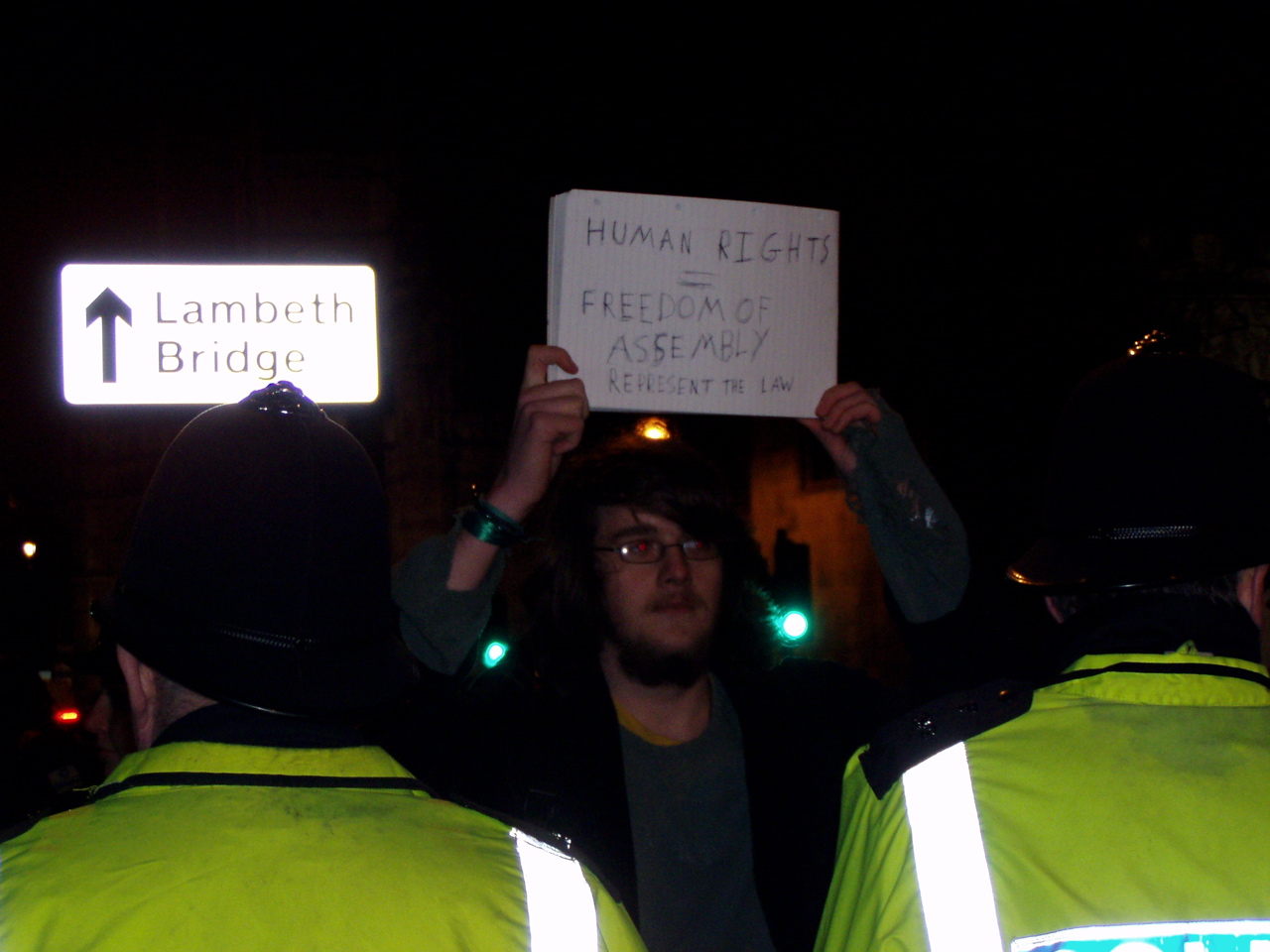 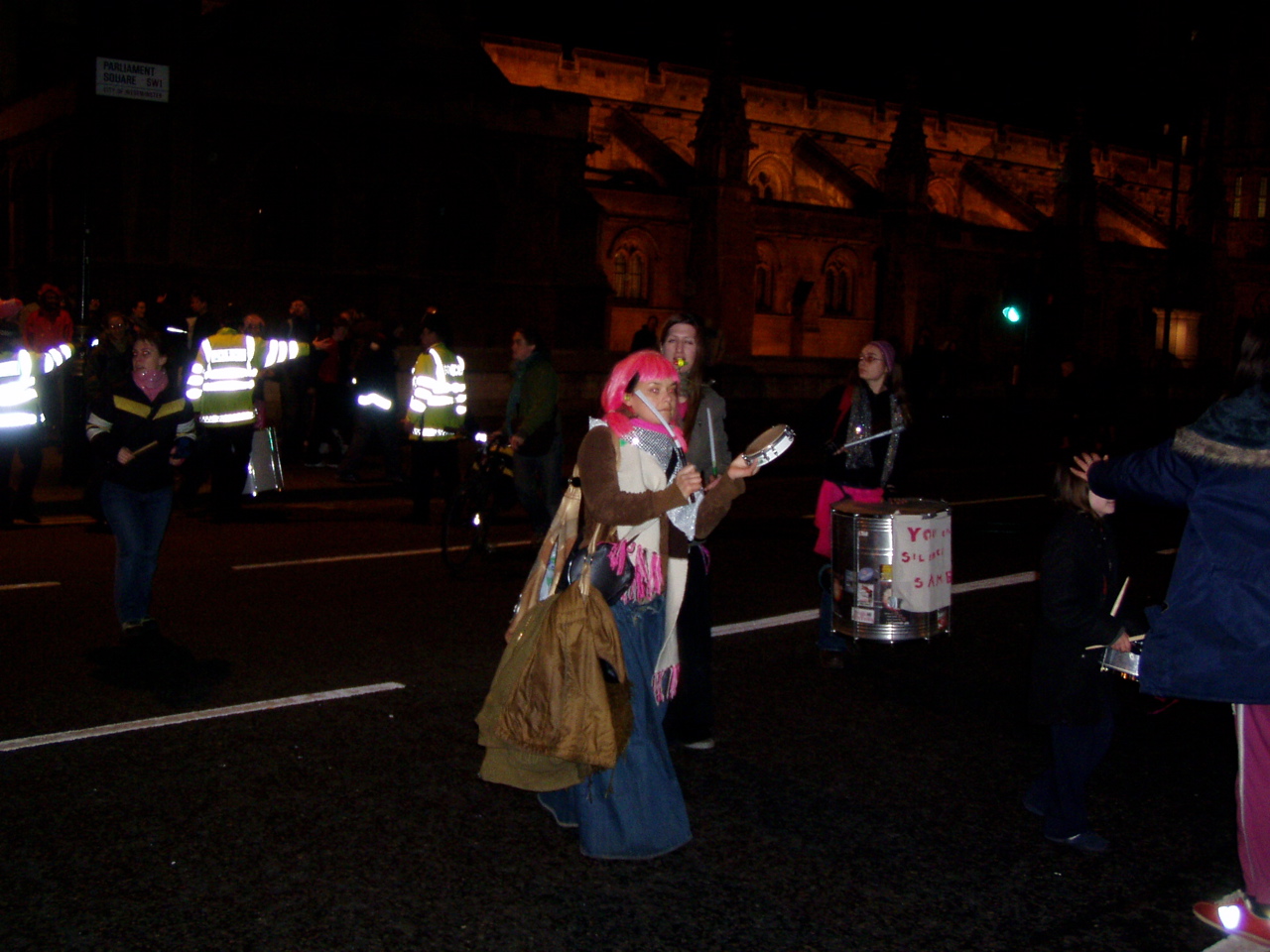 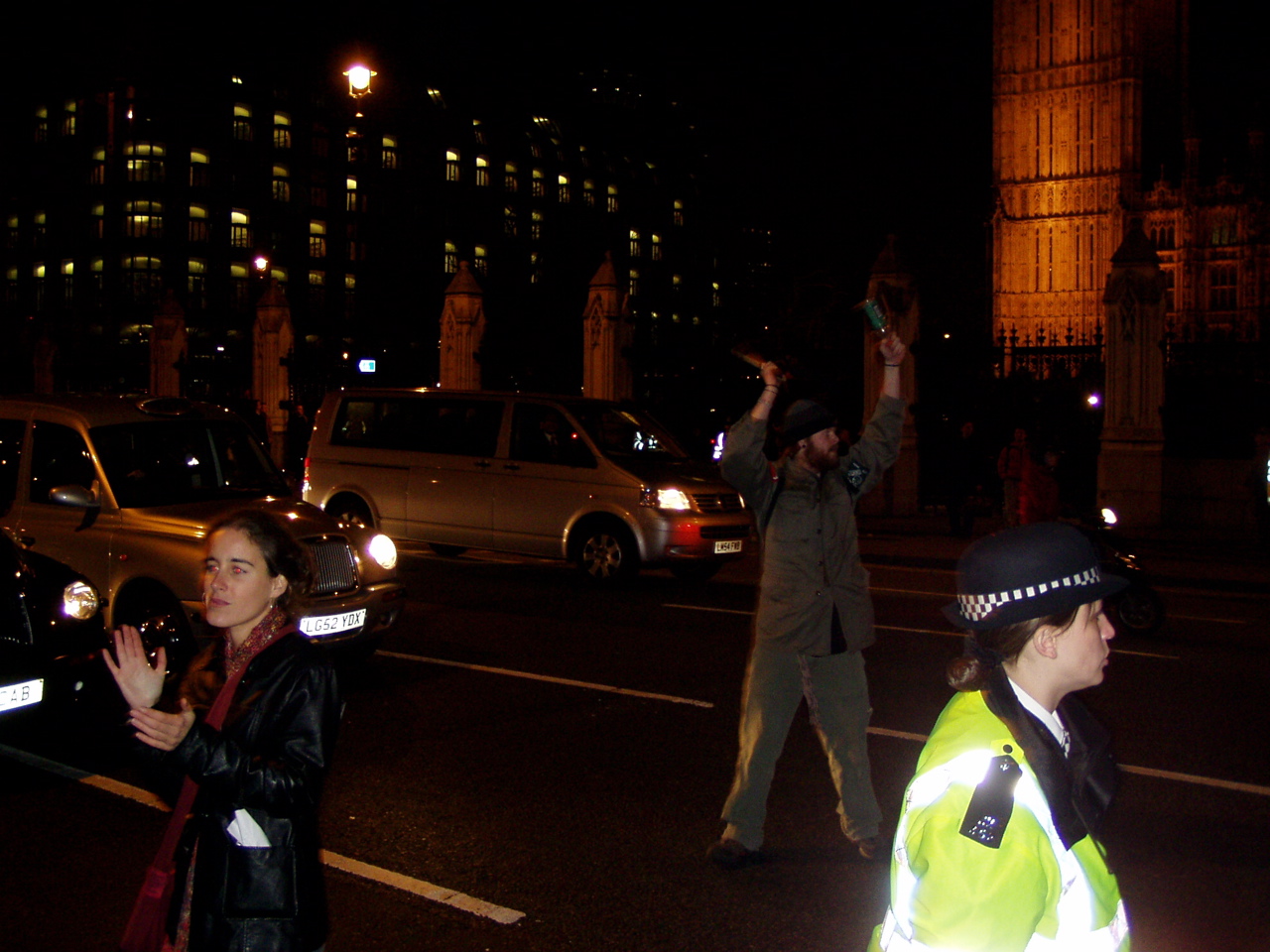 brian haw's three and a half year, 24 hour a day protest outside parliament against the war is the first target of new measures being debated today to severley limit freedom of speech and assembly within one kilometre of parliament. the law will affect protests outside whitehall, downing street and parliament as well as buckingham palace, and the draconian powers threaten up to a year's imprisonment if a constable deems a protest "illegal" under the new legislation.

protestors gathered all afternoon and evening to bring attention to this assault on freedom.

sambaistas provided a lively soundtrack to the evening's protest, and succesfully took over the space on the pavement right outside parliament for some time, catching police unprepared and forcing the closure of the gates to parliament before stopping traffic on their return to the main protest in the square itself.

here are some pics from this evening.