UBS Bank Have a Word With Crest Plc

The Shalom Family from Wales who have been caught-up in a Crest Plc - Crest Nicholson Beauty-show, their subsequent houseboat eviction, and have lost possession of their entire worldly belongings, (even though it is alleged that Crest have permitted negligence, 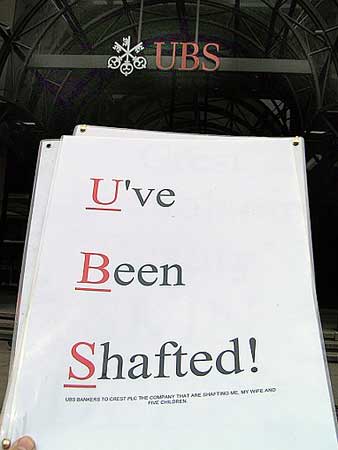 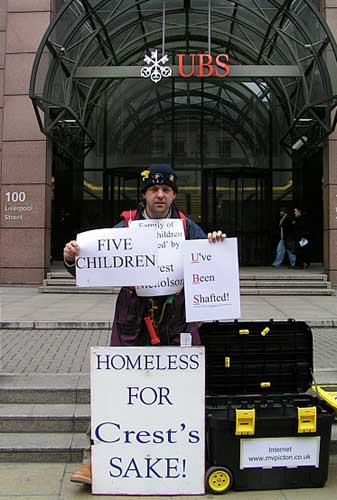 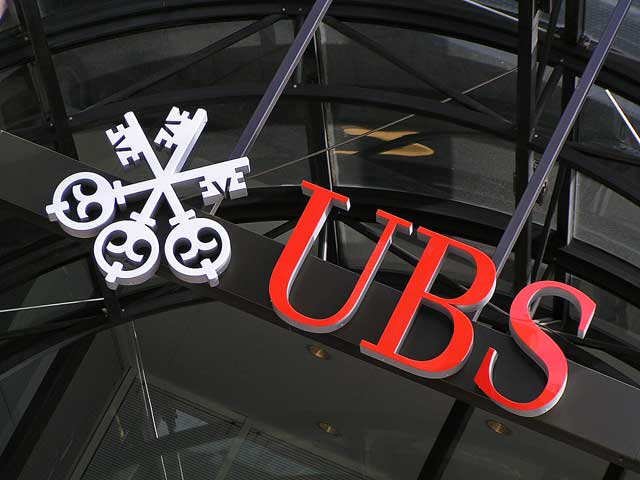 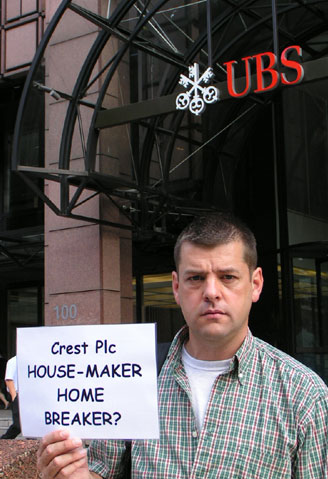 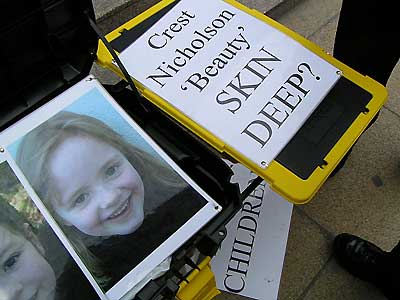 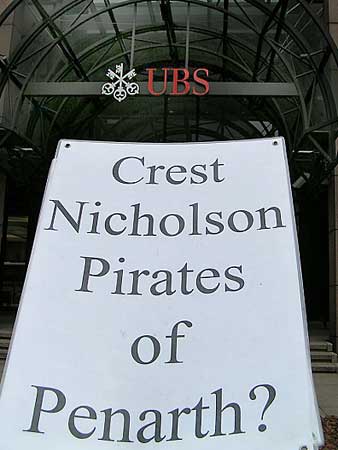 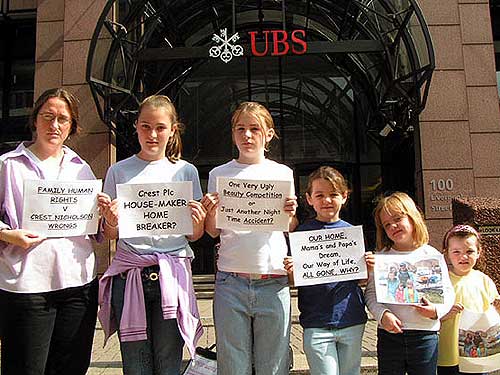 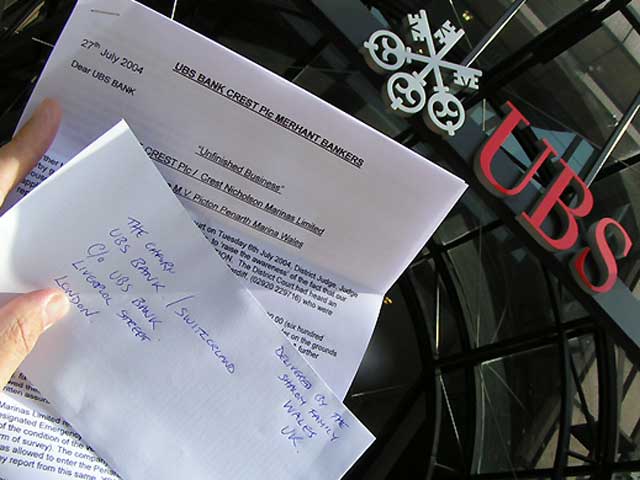 at one of their erstwhile subsidiary-company marina premises,) have invited UBS Bank, to be mindful of the words of Marcel Ospel, Chair of UBS Bank Switzerland, "Responsible corporate conduct is integral to the way we do business". The Family have further invited Marcel Ospel and UBS Bank to try to extend this ethos, to that of their client, Crest Plc, and have made the following plea for UBS intervention:-

“Please UBS, take some interest in this situation. We do not accept that what has happened to our Family, home, way of life is in any way, fair, moral and/or just, and we look to you, to do whatever you can, in the hope of putting it right. The Family have received a reply from UBS….

In an e-mail from Nick Wright, UBS Community Affairs, the Shalom Family have been told, “I have raised this matter internally and become aware in consequence that we have investigated this matter and spoken to the company. As a result we do not intend to pursue this further.”

This communication comes at a time when the Family have tried to persuade other Crest Plc ‘associations’, of the moral right in their official ‘Family Campaign for Justice’. The Shalom Family believe that UBS Bank and these other associations, may benefit from having access to the full, unfettered account of their dealing with Crest Plc and Crest Nicholson Marinas Limited. The Family have written to Marcel Ospel indicating that they are even prepared to travel to UBS Bank in Zurich, to meet with him, to disclose these files. Alternatively, they have offered to meet with any UBS Bank representative in the United Kingdom. The Shalom Family have also made approach to other Crest Plc associations, inviting them to view these files. They include, Heron International, The Halifax & the Bank of Scotland via HBOS, Legal & General, and Schroders. None of these companies have yet to take up the Shalom’s invitation.

Against an extraordinary background of readjustment and chaotic-living, the Shalom Family Campaign for Justice is resolute to continue. With their five young daughters, aged between 13 and 4, who knew no other ‘way of life’, than houseboat living, the Family is presently accommodated by family and friends. ‘Picton’, the family houseboat was evicted by Crest Nicholson Marinas on October 28th 2004 from Penarth Marina,. The marina is situated just inside Cardiff Bay, “Europe’s Most Exciting Waterfront Development”. Although the company readily accept that the marina caused a grounding-accident to the Picton, which subsequently developed a leak, the eviction took place only after John Callcutt, CEO Crest Plc, stated in a letter to the Shaloms, dated 5th March 2004, that his organisation was “wrong” to have allowed the Picton into the Penarth marina in the first place.

Houseboat Picton met with the full entry requirements of Penarth Marina, and the marina company invited the family and their home into the Penarth marina in January 1997. However, post-grounding, the company allege that the houseboat was an old, leaking, uninsured hulk. The Family maintain that Crest Nicholson Marinas Limited chose to ignore a highly commendable, damage inspection report, commissioned by the Shaloms, by a qualified member of the, Yacht Brokers Designers and Surveyors Association, the same member whose earlier report, the company were happy to fully accept, when the Shaloms entered the marina in 1997. In the event, Crest Nicholson failed to grant the Shaloms permission to fix the vessel at site.

Contrary to the self-acclaimed, Crest Nicholson ’concept scheme’ of mixed-use, urban redevelopment, this family and houseboat eviction appears to be an ultra execution of a Crest Plc / Crest Nicholson, gentrification process. Not only has it mercilessly swept away the Shalom Family dream home of 14 years, the family have lost a perfectly safe and satisfactory way of life, their personal possessions, and the children’s seven pet goldfish have all disappeared.

UBS Bank are reportedly the largest bank in Switzerland.