Today (15/02) saw the first silent vigil at the premises of Brighton's bomb-part manufacturers EDO MBM. EDO make crucial parts of the Paveway series of bombs as well as bomb racks and release mechanisms for warplanes. 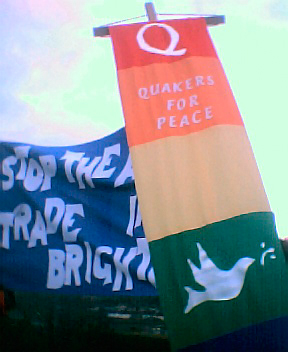 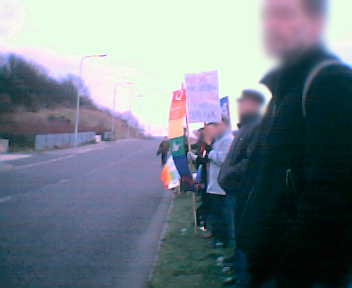 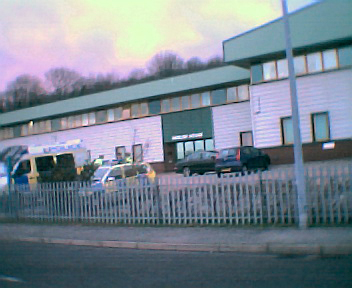 A Quaker-inspired silent vigil at EDO MBM's Brighton factory was attended by over 15 people (not bad for 4pm on a tuesday). As staff left work, they were greeted by . . . silence and people holding candles, in contrast to the weekly noise demos (every thursday, 4 - 6).

EDO have a lot to be ashamed of - manufacturing key components for the Paveway series of bombs amongst other military hardware. According to US arms dealers Raytheon, who EDO supply, “Over half of all air-to ground precision guided weapons expended in Desert Storm [1991] and Iraqi Freedom [2003/4] were Paveways. Paveways were used to destroy the full spectrum of targets”.

According to a peer-reviewed paper in the respected medical journal the Lancet, the leading cause of the 100,000 civilian deaths in Iraq has been these "full spectrum" coalition air strikes. Not content with complicity in mass murder, EDO are also giving good old bullying a go - threatening Indymedia with a libel lawsuit because they have been called 'warmongers' and 'child killers' by posters here. Well, do you expect anything better from a bunch of warmongers!

Next noise demo, Thursday at 4pm, Emblem House, Home Farm Road, off Lewes Road just north of the viaduct. See you there!