here is an interesting and well written article about kyoto and other related topics.. p.s. can i just object to personal carbon trading (in principle) before its back in the news... it doesn't seem to be any more workable than carbon trading was int d first place..although tis a good idea- capping the amount of cabon we may each use but...
For release 15 February 2005

While many are celebrating the Kyoto Protocol’s entering into force this
week, others are finding cause for grave concern.

A coalition of NGOs, social and environmental activists, communities,
scientists and economists from around the world concerned about the
climate crisis, the Durban Group, charged that the 1997 climate treaty not
only fails to cut greenhouse gas emissions enough to avert climate
catastrophe, but also steals from the poor to give to the rich.

The Kyoto Protocol says that industrialized country signatories must
reduce their emissions 5.2% below 1990 levels by 2008-2012. However, the
group noted, the scientific community has called for global reductions of
over 60% below 1990 levels.

What's more, the carbon trading promoted by the Protocol hands Northern
governments and corporations lucrative tradable rights  use the earth’s
natural carbon-cycling capacity, effectively stealing a public good away
from most of the planet's inhabitants.

Just last month, Danish power utility Energi E2 sold hundreds of thousands
of dollars of the rights it had been granted free by its government to
Shell after mild temperatures kept the utility's carbon emissions below
expected levels.  No such free rights have been granted to ordinary
citizens.

The Kyoto Protocol’s attempt to create 'carbon dioxide-saving' projects in
poorer countries is meanwhile stirring protests from Brazil to South
Africa. Such projects - which include industrial tree plantations and
schemes to burn off landfill gas - are designed to license big emitters in
the rich North to go on using fossil fuels. But they usurp land or water
ordinary people need for other purposes.

'We're creating a sort of "climate apartheid", wherein the poorest and
darkest-skinned pay the highest price—with their health, their land, and,
in some cases, with their lives, for continued carbon profligacy by the
rich,' said Soumitra Ghosh of the National Forum of Forest Peoples and
Forest Workers in India.

Worse, such carbon projects don't work. 'Even in purely economic terms, a
market in credits from 'carbon-saving' projects will fail,' said Jutta
Kill of Sinkswatch, a British-based watchdog organization. 'You simply
can't verify whether a power plant's emissions can be 'compensated for' by
a tree plantation or other project. Ultimately investors are bound to lose
confidence in the credits they buy from such projects.'

Kill noted that almost all of the methods proposed so far for proving how
much carbon is saved by Kyoto's 'carbon-saving' projects have been
rejected by the UN itself. 'People are beginning to realize that this is
ENRON accounting,' she said.

Ricardo Carrere of the World Rainforest Movement added that 'so-called
carbon sink plantations will result in the further spread of monoculture
tree plantations, which are already having enormous impacts on people and
the environment. The Kyoto Protocol also allows genetically engineered
trees to be used in carbon-absorbing plantations. 'This will open up a
Pandora’s box of impacts we can’t even guess at,' said Anne Petermann of
Global Justice Ecology Project in the US.

One of the biggest promoters of the carbon market, including
'carbon-saving' projects in poor nations, is the World Bank, ironically
also a major financier of fossil fuel developments.

'It's ridiculous that the Bank, which has a mission of entrenching the
fossil fuel industry, is now advertising itself as solving the climate
crisis,' said Nadia Martinez of the Sustainable Energy and Environment
Network in Washington.

'If we are to avert a climate crisis, drastic reductions in fossil fuel
investment and use are inescapable, as is the protection of remaining
native forests,' confirmed Heidi Bachram of Carbon Trade Watch. 'We're
joining many other movements of Northern and Southern peoples to take the
climate back into our hands.'

Members of the Durban Group are today sending an open letter to UN
Secretary-General Kofi Annan excoriating the UN's failure to take
constructive action and giving notice of their intention to build
independent alliances to  'press governments to limit fossil fuel
extraction and use while supporting grassroots alliances struggling
against fossil fuel exploration, extraction and use and against unjust
'climate mitigation' projects.'


If enough people become convinced that global warming has the potential to be as deadly as an asteroid barrage, it might change humanity's priorities.

On Wednesday, Feb. 16, the Kyoto Protocol on Climate Change goes into effect to begin a global rescue mission. It's a historic first step. Yet the U.S., the top greenhouse gas producer hasn't signed on, and developing countries, including China and India, are exempt.

Even if every country in the world met Kyoto's goals it wouldn't save our children from the catastrophes a consensus of scientists predict. "Meeting the Climate Challenge," a report from the International Climate Change Task Force, warns we're approaching a point of no return. If we don't act decisively, average global temperatures could over decades rise almost 4 degrees Fahrenheit above 1750s levels.

They're already up over 1 degree. We'd face agricultural failures, diseases, droughts and floods. Some experts forecast a 10-degree jump, much higher sea levels and possible abrupt, runaway changes to ocean currents.Europe's 30,000 heat-wave casualties in 2003 and the four hurricanes that battered Florida's coasts may have been statistical flukes. Yet, especially for billions of coastal residents, these images, along with the earthquake-generated tsunami, are horrifying harbingers of future disruptions. Concerned citizens and leaders worldwide may now be more inclined to think about the unthinkable and our closing window of opportunity.

But how do you wake up a planet divided and mesmerized by political, social, economic, religious and cultural conflicts?

H.G. Wells and Ronald Reagan both said only an external threat could motivate humanity to see beyond our differences to common goals. In films like Armageddon and Deep Impact, unlikely personalities team up to avert collisions with asteroids – life-ending million-megaton warheads. This June, Steven Spielberg's War of the Worlds remake will show us uniting against space invaders.
What if we redefine global warming as an asteroid barrage, hitting earth with deadly impacts through this century – and decide to defend ourselves? If enough of us become convinced that's our future, would that change global priorities?

If so, we still have time to conserve far more energy and find substitutes for most uses of coal, oil and gas. Unfortunately, we can't stop climate change entirely. But we can slow it way down.
There is a growing coalition to bring to market new vehicles known as "gas-optional" or "plug-in" hybrids. This missing technological link can triple gasoline efficiency and pave the way to zero-carbon cars. When skeptics warn how long it takes industry to introduce new automobiles, I remind them what happened after Pearl Harbor. When the War Production Board ordered tanks and aircraft engines, Detroit's factories re-tooled in under a year.

We can apply our abundant resources strategically and with similar determination. We can harness existing technologies, without awaiting R&D. Wind and photovoltaic power, improving batteries, a modernized electricity grid and conservation can take us very far. So do cellulose biofuel plantations and reforestation.

What would this transformation cost? A few percent of the gross global product for many decades – along with institutional and political changes giving us enormous economic and social benefits.
Today, fossil fuels seem cheaper than renewables only because we subsidize them. We pay their hidden costs with wars, diminished health and environmental damage. And who can estimate the full price our children will pay for climate change?

What's the cost of business as usual? Ask Californians to envision life with no Sierra snow pack for reservoirs, flood control or winter sports. Ask Central Valley farmers to feed the world from saltwater-soaked fields. Ask people living on coastlines that will become uninsurable, then uninhabitable. Then ask the Pentagon how often droughts, famines and epidemics fuel political instability.


This article may be reproduced or posted free of charge.
Felix Kramer is a Silicon Valley entrepreneur and founder of the California Cars Initiative . 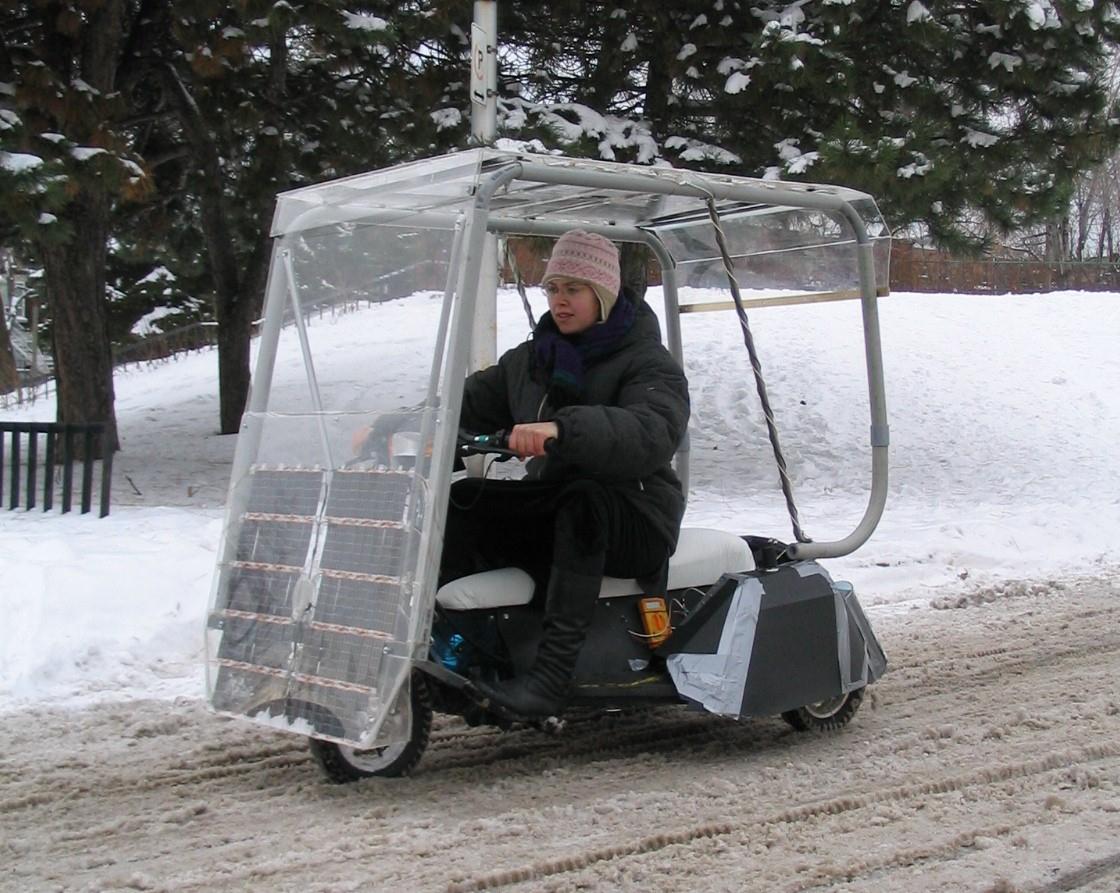 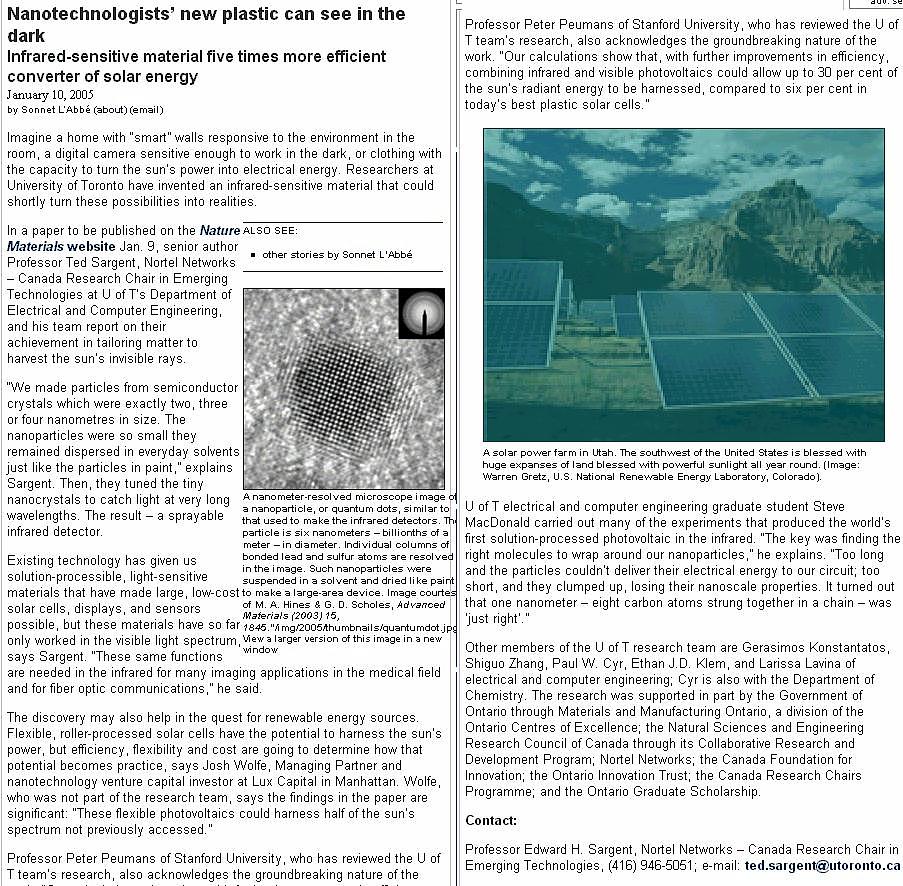 The Practical Light-Powered Vehicle has been invented in Canada and free plans are being downloaded from our web-site at the rate of about 500 daily.
It is so boring for me to read all the confused/hopeless/arrogantly blind & other DATED STUFF I have seen here and elsewhere for more than five years now running!